YouTube’s Next Music Original Is ‘Terms And Conditions,’ About The U.K.’s Drill Scene 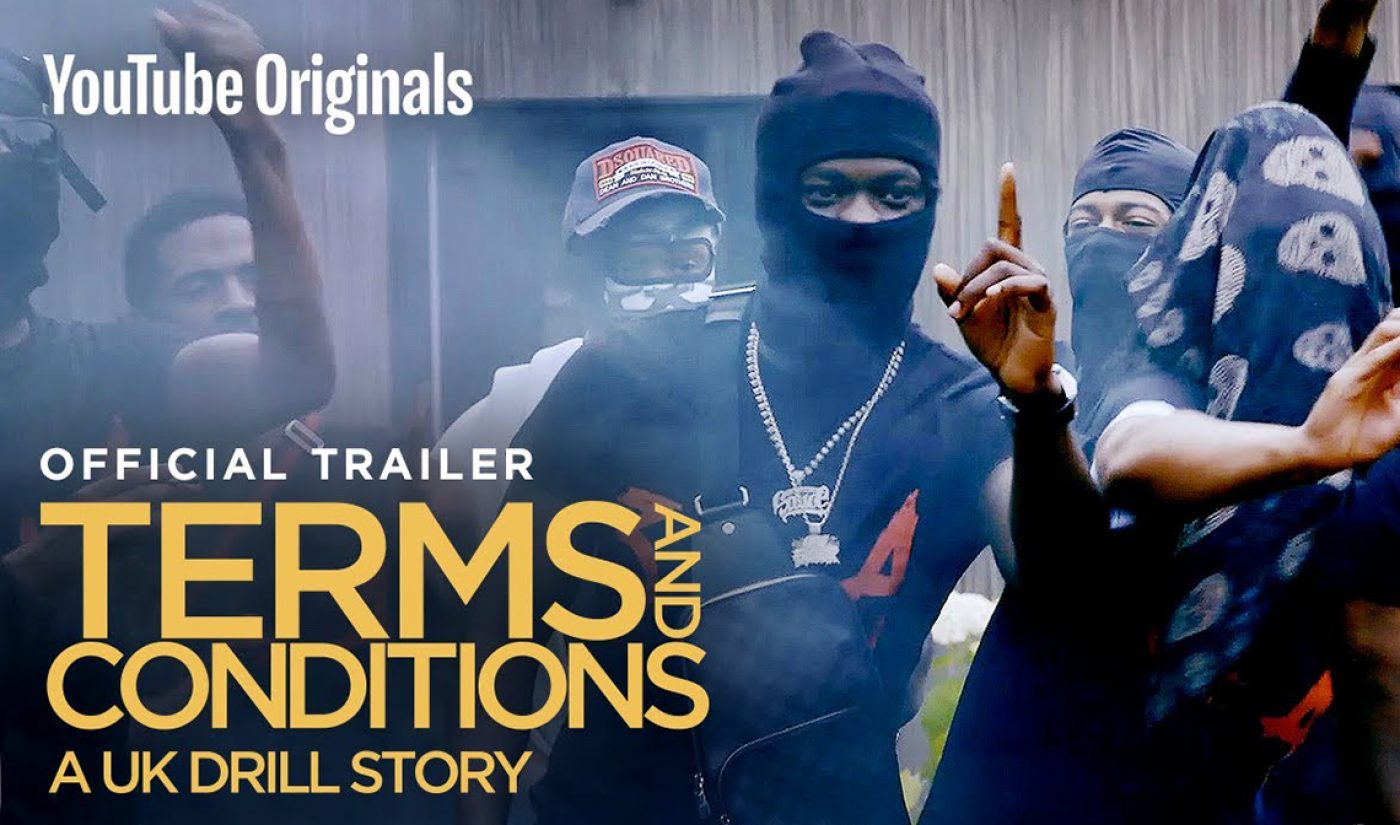 A significant chunk of YouTube’s recent content slate has been taken up by music-themed originals, and that likely isn’t going to change anytime soon. The platform today revealed its next project, Terms and Conditions: A U.K. Drill Story, a feature-length documentary about London’s drill music scene.

For those not in the know, drill is a style of trap music that commonly features dark beats and gritty lyrics. It was born in South Side Chicago in the 2010s, and has since been embraced overseas. In London, anti-knife activists have blamed drill music for the rise of gang violence–and last May, they protested outside YouTube’s London HQ, trying to convince the platform to remove drill music videos.

YouTube refused, with U.K. managing director Ben McOwen Wilson saying, “While some have argued there is no place for drill music on YouTube, we believe we can help provide a place for those too often without a voice.”

Now, drill is the star of Terms and Conditions, a film by lauded documentarian Brian Hill. Hill often makes films for the BBC, and has been honored with BAFTAs for his work on feature-length documentaries Feltham Sings and Only Human. His most recent film is The Life After, which follows Irish people who lost loved ones during the Troubles.

Hill told Variety working with YouTube to profile drill was a freeing experience, because “there are a lot of people at the BBC who are very nervous about the political situation” with the genre.

YouTube is also mindful of that, the platform’s EMEA head of originals, Luke Hyams, said. He explains YouTube has “treaded carefully” due to last May’s protests, but ultimately believes originals should be provocative to catch audience attention.

“It’s important now in the age of social media and search and discovery that when you make something for YouTube, where content can get lost, [it] can serve as a discussion starter,” he said. “That’s why we went into ‘Terms and Conditions,’ and want to do docs.” Hyams also said YouTube hopes Terms and Conditions can draw in more documentarians willing to make films about culturally relevant and topical issues.

The film will premiere Feb. 26 on urban music YouTube channel GRM Daily, which has 2.63 million subscribers.