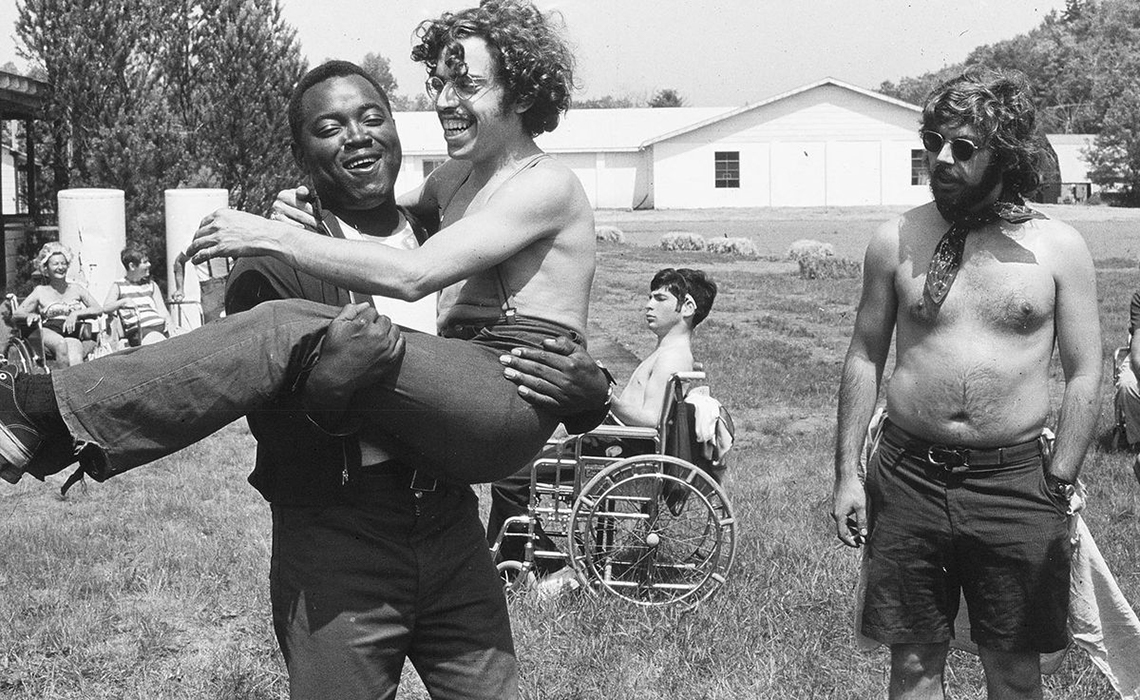 The Sundance Film Festival seemingly tiptoed into town this past week, surprisingly somnolent given ratcheting competition among the big-walleted streaming services.

Surely, one thought, Apple, Amazon, Netflix, HBO Max, Peacock, et al would be busting out their very large checkbooks, Hoovering up any minimally marketable movie they could find among the dozens on offer at festival screenings all over host Park City, Utah, and beyond.

To be sure, Netflix did open the festival with a stirring documentary, Crip Camp, acquired through studio Higher Ground, which belongs to Michelle and Barack Obama, the presidential power couple turned Hollywood producers. Its opening screening came just days after the Obamas received their first Oscar nomination—for another intriguing Netflix documentary, American Factory.

Whether Crip Camp will fare as well is impossible to prognosticate. We won’t have this year’s Oscars for another week and a half (where American Factory faces substantial competition). And regardless, Crip Camp isn’t yet available on Netflix; it is listed as “coming soon.”

When Crip Camp does arrive, I recommend finding time for it. It’s a wonderful, if indirectly structured history of the long uphill slog by disabled rights activists for federal legislation that finally, finally, protected them from the worst of the many discriminatory barriers blocking their access to schools, jobs, buildings, sidewalks, and even basic human dignity.

It’s told through a group of disabled teens gathered at a summer camp in upstate New York in 1971. By hippie happenstance, their time at the camp was captured on vintage black-and-white video, as they at last get a chance to be fully themselves alongside others with similar challenges. Among those teens was Jim LeBrecht, a large personality with congenital spina bifida.

Young LeBrecht would grow up to become an award-winning sound designer. Like many in that group of campers, he moved to Northern California and became active in the disabled rights movement.

LeBrecht co-directed Crip Camp with Nicole Newnham. The group of former campers, powered through multiple setbacks by the redoubtable Judy Heumann, ultimately helped push through the 1990 passage of the landmark Americans with Disabilities Act.

“I found a story that I didn’t want to be lost to history, and am deeply grateful we could make this film together,” LeBrecht said the night of the screening. As he put it in the movie, “This camp changed the world, and no one knows its story.”

Heumann said after the screening, “Ultimately, the question is, what’s next? Because [this film] will be shown [by Netflix] in 192 countries and 22 languages—it will be amazing.”

Crip Camp is only one of several Sundance documentaries and fictional narratives detailing the challenges facing some groups of humans, be they trans (Disclosure), #MeTooed (Promising Young Woman, On the Record, Zola, The Glorias, The Assistant), or otherwise targeted by the crummy behavior of others.

There are plenty of more festival films receiving attention this year (among the handful I saw, I quite enjoyed the excellent doc Some Kind of Heaven, the sturdily conventional but highly entertaining underdog story Dream Horse, and the witchy and hallucinogenic Shirley).

Other streamers and tech companies weren’t, in large part, quite obvious participants early in the festival. To be sure, WarnerMedia was a major sponsor, with a prominent branded setup on Park City’s Main Street and a Saturday-night party backed by Fullscreen, one of its surviving online-media subsidiaries.

Disney-controlled Hulu made an unusual partnership with indie distributor Neon to buy Andy Samberg‘s comedy Palm Springs for the record price of $17,500,000.69. Yes, the 69 cents was the record breaker.

Amazon also made a couple of big acquisitions early, including possible awards bait Uncle Frank. The streamer continued its aggressive spending despite poor fortune at the box office for its $48 million 2019 slate, which included three really good films: Late Night, The Report, and Honey Boy. Various of Amazon’s many tentacles also were evident on Main Street, including the presence of audiobook seller Audible.

As well, Tubi was officially at Sundance for the first time. The ad-supported streaming service cut an intriguing deal for Robert Rodriguez‘s Red 11, a bargain-price thriller made in part as homage to Rodriguez’s first Sundance hit, El Mariachi, from 1992. Both films cost just $7,000 to make.

Presumably, Rodriguez charged Tubi more than $7,000 to stream it, beginning this summer alongside a separate docuseries he made that shows filmmakers how to keep their costs bedrock low.

“These are both dream projects of mine, an entertaining culmination of ideas and ruminations on the creative process that also highlight the heightened sense of spirituality that comes from dancing with creativity when there is an absence of the usual financial resources,” Rodriguez said in a release. “In other words, ‘low budg fun.’”

Tubi chief content officer Adam Lewinson said that, though 2020 counts as the company’s first official appearance (it also was sponsoring a panel on indie streaming, and an evening party), “We’ve been doing indie film deals for years under the radar.”

Among the tech firms at the conference, Adobe had a big presence as a major sponsor, backer of a diverse filmmakers panel on “creativity for all,” and proud claimant of majority market share for Premiere Pro, its video-editing software.

“Terminator was cut on Premiere Pro, and so was Lance [Oppenheim’s] film [Some Kind of Heaven],” said Meagan Keane, an Adobe senior product marketing manager.

With that market share going up dramatically the past five years among increasingly do-everything indie filmmakers, Keane said, “They’re all about what is your story. The biggest thing is an accessible level of flexibility.”

That was a sentiment I heard echoed from a number of young Sundance filmmakers using Premiere Pro, built in part around tech such as artificial intelligence, to do far more than just edit, even on a laptop.

It’s an over-the-top examination of our video-saturated culture and the unique, if wildly antisocial, way one ridesharing driver hopes to break through the clutter of social media’s billions of competing conversations. Along the way, the filmmakers wanted to tell their story in a very different manner, using new technology to capture all those video sources, in hopes the resulting project can break through too.

“There are so many ways to tell a story that have been underexplored in the past 20 to 25 years,” Kotlyarenko said. “Filmmakers and financiers are still pretty conservative. We’re pushing that.”

Indeed, films like Spree, built with new tools and potential access to endless niche audiences through big streaming companies, are boosting the notion that nearly anyone can make a movie, and do it so it doesn’t look like anyone else’s. Even better, they have a chance to find people who want to watch.

“As a creative person, you have to ask yourself, ‘Why am I making a movie?” given all the other media options out there, Kotlyarenko said. “You have to say, ‘Yeah, this is worth it. I believe this is going to cut through.'”

Insights: Netflix Tumbles But Who Can Take Advantage?

Insights: How Netflix Is Building Its Global Reach One Acquisition At A Time

Insights: Netflix Triples Down On Oscar-Season Strategy, And It Matters More Than Ever