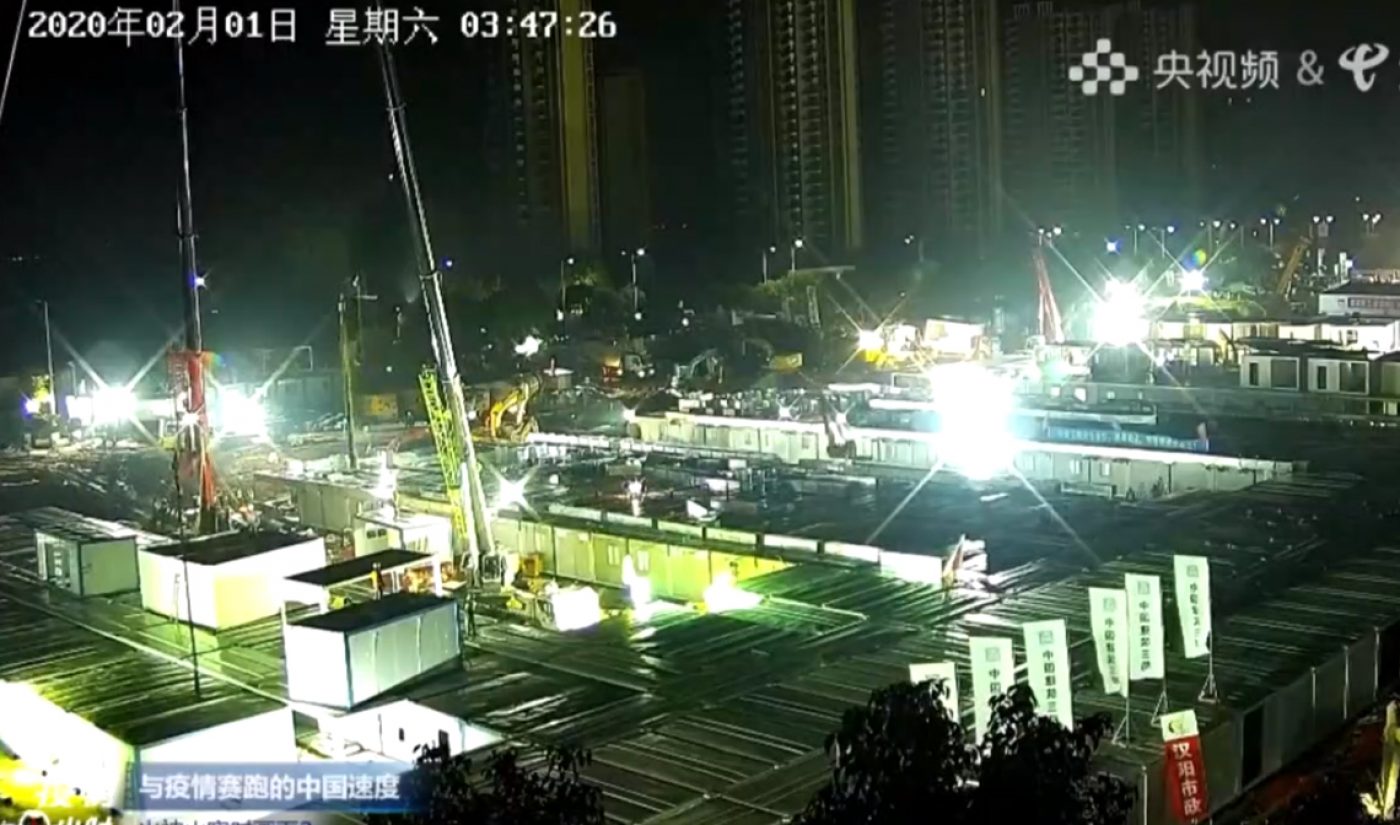 China’s coronavirus lockdown has given rise to a legion of new digital stars. And they’re all…construction vehicles?

The respiratory illness has sickened nearly 10,000 and killed 213, and with cases presenting in all areas of China, transportation across the country has been suspended, and people have been urged to isolate themselves in their homes to prevent further spread. Stuck there, they’ve been keeping themselves busy by tuning in to digital livestreams–which, obviously, isn’t so unusual. What is unusual is the subjects of these livestreams: two currently-under-construction hospitals, and the people and vehicles building them.

The BBC, which first noticed the trend, reports that more than 40 million people have watched the real-time livestreams, which are hosted by China’s official CCTV broadcaster.

With much of #China in lockdown either because of quarantine or self-quarantine, everyone’s been watching livestreams of 2 Wuhan hospitals being built & creating nicknames and fan art for the “hero” construction vehicles 😭🏗🚒🚛🚚

Livestreams have also been ported to YouTube and Periscope. One showing Huoshenshan Hospital’s construction was streamed on YouTube Jan. 29 by government-owned New China TV, and amassed 771,000 viewers while airing. (A post-air version of the livestream is not available.)

These livestreams, which are one-angle and involve not much more than the slow movement of workers and vehicles, may seem boring compared to content from creators who livestream themselves scaling buidlings, consuming mass amounts of food, or playing high-energy video games–but sometimes people like when nothing much happens. There are plenty of low-key, chillout video trends, like ASMR and study with me.

Also, the growing hospital campuses may be the streams’ focus, but it’s not necessarily viewers’. A quickly established, very dedicated fanbase on Chinese social media has christened itself “the online overseers,” and similarly dubs recognizable construction vehicles with affectionate monikers like The Cement King, Big White Rabbit, Brother Red Bull, and Song Huizong (after the eighth emperor of China’s Song dynasty). Fans search for them in the livestreams the way football fans might pick out their favorite player during the Super Bowl.

Viewers’ favorite vehicles, per BBC, are the universal tiny yellow forklifts, which have been named “folkchan.” Social site Weibo is filled with fanart of the vehicles, praised by users as “the cutest and most hardworking little forklifts” and “the loveliest little world guardians.”

One of many fanworks: 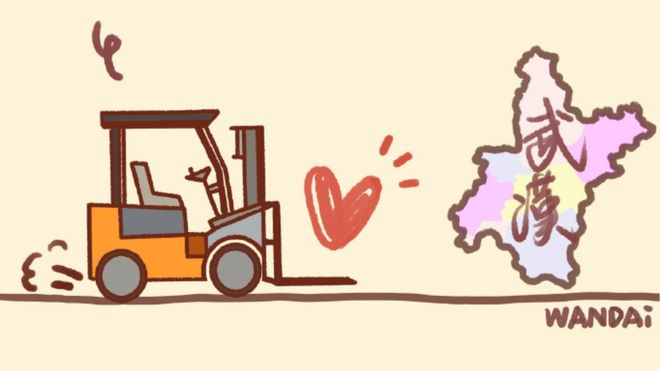 obtained by the BBC

For now, the livestreams remain accessible, but both hospitals (located in Wuhan, the coronavirus’ origin city) are scheduled to be completed and open within the first week of February–so fans may only have a few more days with their industrious new icons.