All In The Creator Family: The Prince Family Went From Flipping Pizzas To 5.3 Million Subscribers 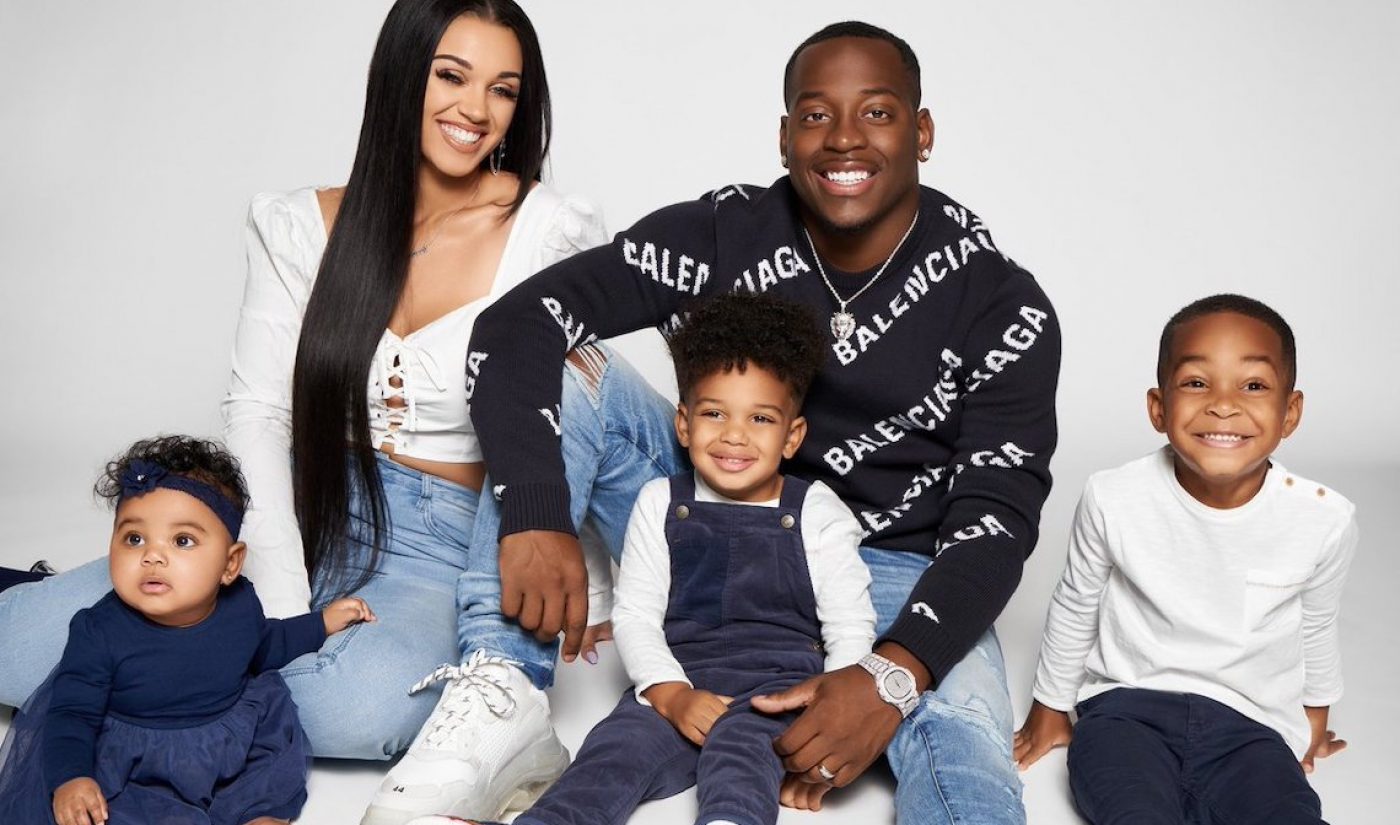 It was 2014, and Damien and Biannca needed a change.

Damien was working at the Little Caesars location where they’d first met as colleagues. Biannca, pregnant with their first child DJ, was balancing two jobs. They were permanently exhausted, paycheck-to-paycheck broke, and on the edge of becoming entirely responsible for their very own tiny person. Something had to give.

As it turns out, that something was YouTube. Over the past three years, it’s given the couple–now The Prince Family–the means to establish a platform, an audience, and to build their burgeoning music career. When they decided to try bolstering their income by launching a family channel in late 2016, they already had a handle on how to do YouTube. Damien had previously run a gaming channel, and he’d kept track of what was popular on the platform, tweaking his video strategy accordingly to bring the views. He and Biannca knew family content was an established genre with millions of viewers, so put that strategy to work for their young channel, quickly establishing their multiple weekly uploads as a mix of trendy content like challenges and unboxings, plus family vlogs and updates about their lives.

Within a year, they were getting around 10 million views per month. Now? They’re close to 100 million monthlies.

These days, The Prince Family is five members strong: Damien, Biannca, four-year-old DJ, three-year-old Kyrie, and eight-month-old Nova. Their main channel has amassed 5.3 million subscribers, and side channels D&B Nation (their couple vlog) and Biannca’s solo channel have 3.7 million and 1.4 million subscribers, respectively. To share their story with all those fans, the family recently uploaded its biggest production yet, a three-part documentary (first part below) that follows them from first meeting to modern day.

The Prince Family Documentary is their first foray into long-form video, but not the last new type of content the family hopes to introduce this year. YouTube has become a full-fledged profession for both Damien and Biannca, and their content is generating enough income that they’re finally able to consider doing the one thing they’ve always wanted to: travel the world–and vlog their adventures, of course.

Check out our chat with Damien below.

Tubefilter: Tell us a little about you! What did you do before YouTube?

Damien Prince: We are originally from Fort Wayne, In., but we currently live in Texas. Before YouTube, we had a totally different life. I (Damien) was the manager of a Little Caesars Pizza, and I met Biancca when I was training her as a new employee. Basically, we went from flipping pizzas to this. We just posted a three-part documentary on YouTube about our lives. It’s been a crazy ride.

Tubefilter: What made you pick YouTube as the platform for your content? What specifically appealed to you about running a family channel?

DP: Basically, we were broke. We lived paycheck to paycheck and were barely making it. I was still working at the pizza place. Biancca was working two jobs and was four months pregnant. We just needed a change, and decided YouTube was the right move for us.

Tubefilter: You have five million subscribers, which is a sizeable audience for a channel that’s only three years old. Did you join YouTube with a content strategy in mind? How are you growing your audience?

DP: When I first started, it was in the gaming vertical. I just saw what others were doing and then tried it. I was doing really well, but then we realized that there were other couples out there who were successful and that motivated us to get in the family space, too.

Tubefilter: Why do you think family content is so popular with people across social media platforms? What are some key things you’ve noticed about your own audience?

DP: We think that people like to feel connected to other families, and to watch how they live their lives. Our audience likes watching us because we keep it real. We are the same family, on and off the camera. We also aren’t afraid to push the limits and take risks. We also think our audience likes our chemistry and our energy, and the fact that they can count on us being consistent with posting and having solid, entertaining content.

Tubefilter: How do you keep your content fresh and standout in such a crowded space?

We keep our content real and raw, and we aren’t afraid of trying new things. When we see something interesting out there that’s resonating with people, we try it ourselves–with our own flavor, of course.
DP:

Tubefilter: Are there any other family content creators who inspire you?

DP: These days, we are too busy vlogging and being parents to watch much other content, but in the early days, we were inspired by Jesse and Jeana and Roman Atwood.

DP: The negativity is the greatest challenge. It’s tough to put your kids out there and subject them to hateful comments and judgement.

DP: It varies every day. We usually film the family vlog in the morning and then film for our couple channel later in the day. We have a family rule that there is no filming after 6 p.m. or on the weekend, so we can give the kids, and each other, our undivided attention.

DP: YouTube and social media is our full-time job. The rest of the day, we just do normal things–go to the gym, shopping, all that. It’s hard to do anything and be anonymous, because we are recognized everywhere. Sometimes we literally have to go out in hoodies pulled up just to try and blend. We always try to be there for those who want to say hi or get a picture, but we have to get things done, too, so sometimes it’s necessary.

DP: We have been so busy for the last few years building our platform and our family that we haven’t had the chance to travel. Neither of us grew up doing that, so it’s something we want to do both as a family and as a couple this year. I’m sure there will still be vlogging on those trips, though!

FamFest is the biggest two-day family festival featuring your favorite YouTube stars. Our mission is to bring families and creators together in an immersive environment to create memories through engagement. FamFest will be featuring one-of-a kind experiences and “Instagrammable” moments at the OC Fair & Event Center on June 20th & 21st, 2020. Tickets (use the code PRINCE50 to get $50 off any ticket), sponsorships, and more information available now at famfestusa.com.