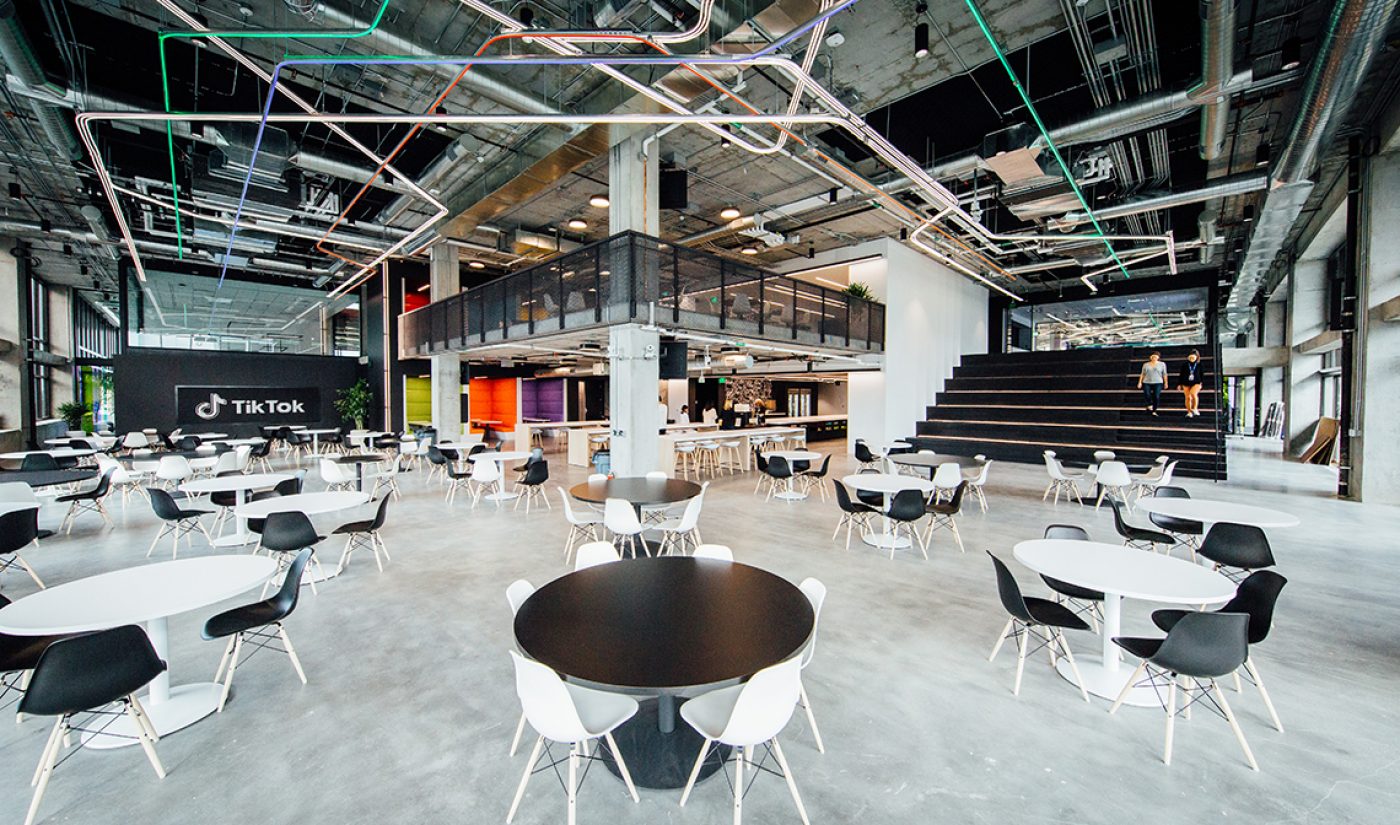 On the heels of its most lucrative (and most troubled) year yet, TikTok is making at least one significant organizational change.

First is the just-completed move of its Los Angeles team, which shifted from a smaller office in Culver City, Calif., to a five-floor, 120,000-square-foot space also in Culver City.

“While we are a global company, having a permanent office in L.A. speaks to our commitment to the U.S. market and deepens our bonds with the city, and the talent and companies, that call it home,” TikTok’s U.S. general manager, Vanessa Pappas, wrote in a community post.

Pappas wrote that the space “features a fully open floor plan, a stadium-style presentation and gathering space, colorful murals, and terraces to support indoor-outdoor work–all of which was designed to embody TikTok’s fun and joyful personality.” She added that, because of TikTok’s “commitment to inspire and encourage a new generation to have a positive impact on the planet,” it implemented “design and building strategies aimed at energy and water conservation, reducing C02 emissions, and improving indoor environmental quality.” 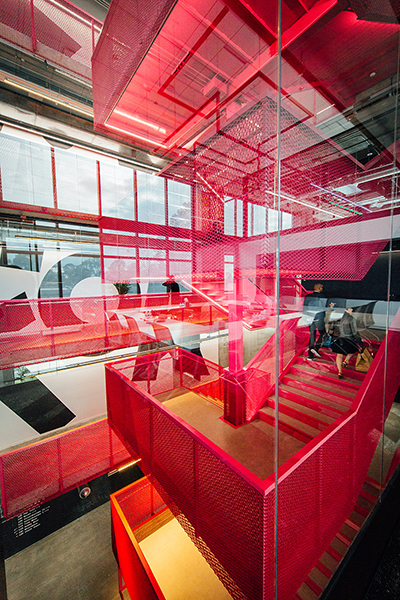 The new office will house TikTok’s first content creation studio, which is slated for completion this summer, Pappas said.

She also confirmed that TikTok’s U.S. team now has more than 400 employees. They operate out of the new Culver City office and out of offices in Silicon Valley and New York City. TikTok has offices in Singapore, London, Paris, Berlin, Dubai, Mumbai, Jakarta, Seoul, and Tokyo as well.

As for a potential second change…According to a report from Bloomberg, TikTok’s parent company Bytedance is seeking a new U.S.-based CEO for it. People familiar with the matter told the outlet that Bytedance has been interviewing candidates, and that a potential leadership structure could see the new chief overseeing TikTok’s operations and advertising, while its current head Alex Zhu would work out of China, managing backend technical aspects like product development and engineering.

This proposed structure may change, but whether it does or not, the new hire won’t affect Pappas’ position as overseer of TikTok’s U.S. operations, people told Bloomberg.

TikTok would not confirm whether Bytedance is looking for a new CEO.

Zhu is one of the few execs (along with Pappas) who’s spoken publicly about the federal government’s ongoing investigation into whether China uses TikTok to restrict U.S. users’ freedom of speech by censoring videos that discuss Chinese government-disapproved topics like the Hong Kong protests and China’s so-called “reeducation camps” for Muslims. In November, he told The New York Times he was “quite optimistic” about the investigation’s outcome, and said that he thinks political content on TikTok is O.K., so long as it “still aligns with this creative and joyful experience.”