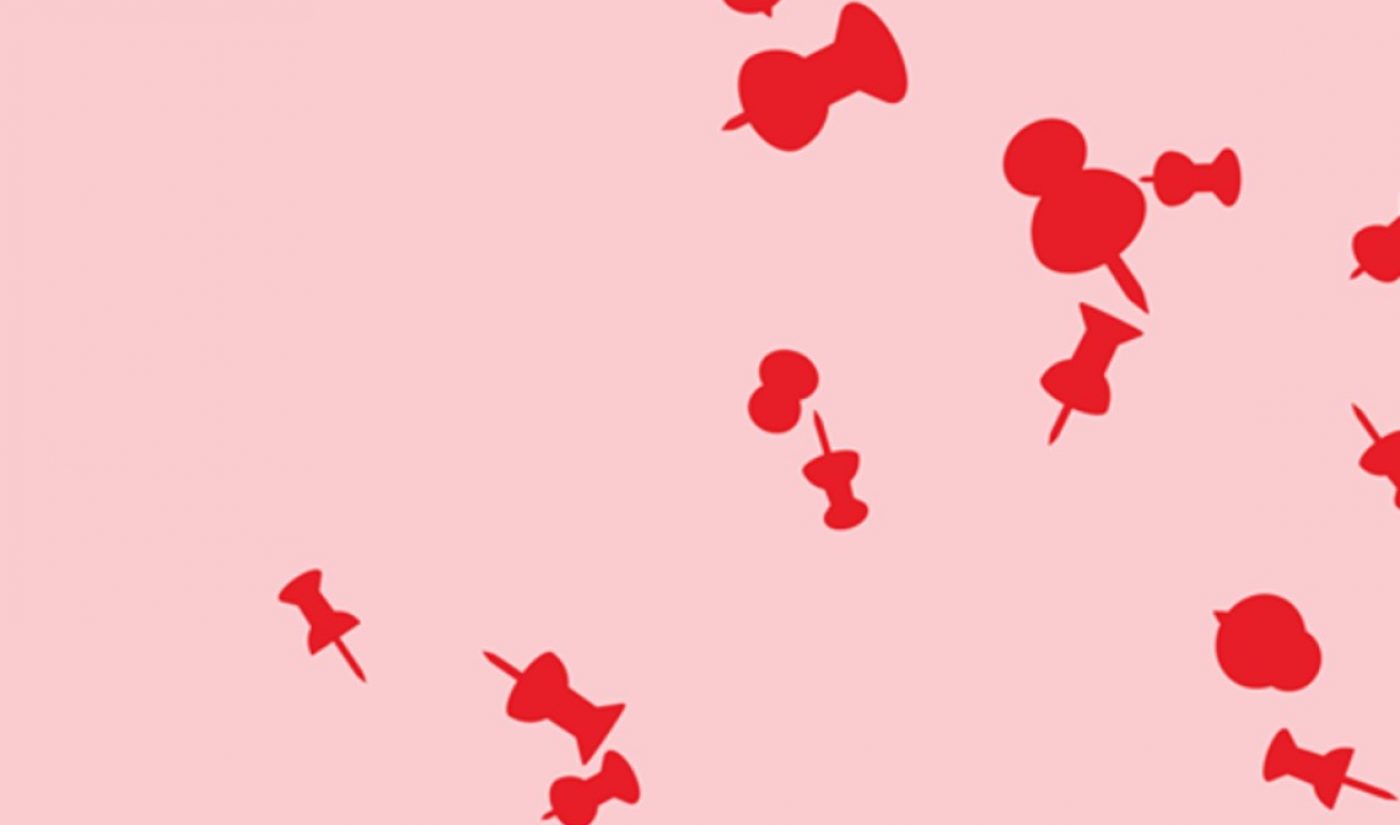 Despite running relatively neck-and-neck for the past several years, Pinterest has now surpassed Snapchat to become the third most popular social media platform in the U.S.

That conclusion was drawn by analytics firm eMarketer, which pegged Pinterest’s total stateside user base in 2019 at 82.4 million — toppling Snapchat, which it says has 80.2 million users. Snapchat edged out Pinterest for the first time in 2018 — despite the fact that it underwent a sweepingly unpopular redesign that year. Nevertheless, eMarketer surmises that Pinterest will remain ahead of Snapchat at least through 2023. The nation’s most popular social network, according to the study, is Facebook, followed by Facebook-owned Instagram.

eMarketer notes that Pinterest had a successful year and IPO in April, and posted 9.1% user growth over the year prior — nearly double the firm’s projections of 4.3% growth. In 2020, eMarketer estimates that Pinterest will have accumulated a total 86 million users, while Snapchat will have amassed 83.1 million. Forty-one percent of all social media users in the U.S. currently have Pinterest, according to eMarketer, while 39.7% utilize Snapchat.

“While Snapchat has a young core audience that it caters to, Pinterest has a more universal appeal, and it’s made significant gains in a wide range of age groups,” eMarketer junior forecasting analyst Nazmul Islam said in a statement.

You can check out eMarketer’s projections for Pinterest and Snapchat’s respective growth in the coming years below: 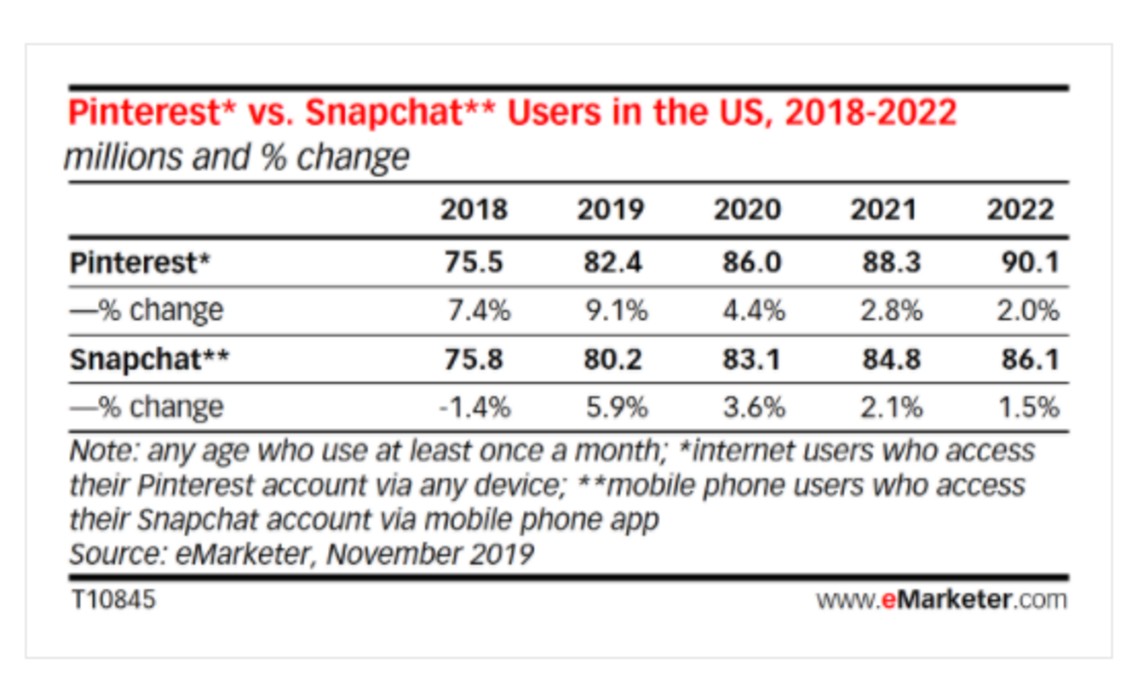