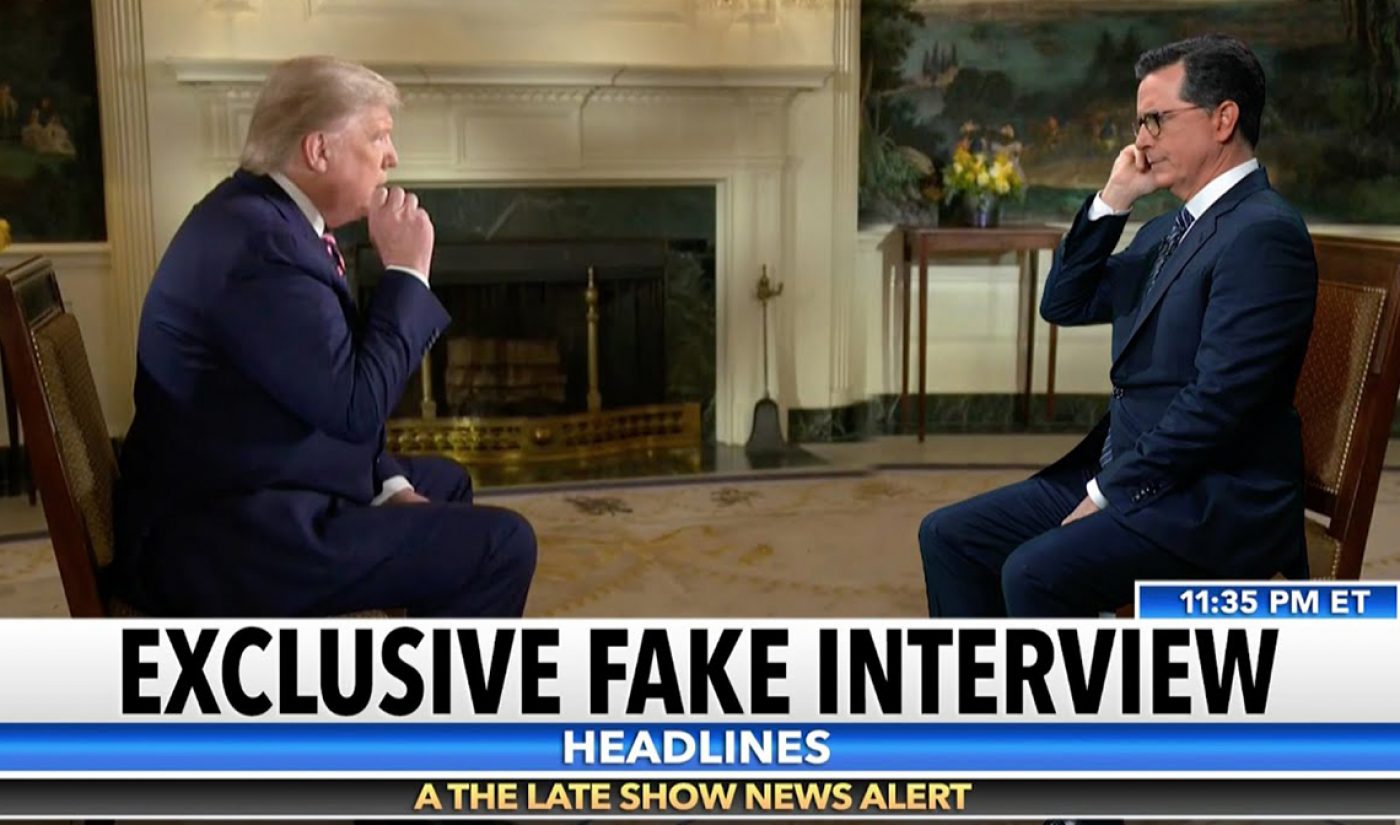 On Stephen Colbert‘s show Monday night, the late-night host conducted what he called an interview of Fox News’ interview of President Trump. At a couple of points in the video, Colbert was convincingly overlaid into the White House seat previously occupied by Fox News’ interviewer. His replacement audio track lobbed decidedly different questions to Trump, whose answers were amusingly–if falsely–“distilled” for comedic effect.

It was a pretty good bit, at least for people who aren’t fans of Fox News and its favorite White House occupant. But the video piece (only the latest in a long string of these by Colbert) also showcased how far we’ve come in creating, and normalizing, deepfakes. And I have to say, based on a flurry of recent news across social media, and the abruptly-upon-us presidential election, we haven’t seen anything yet when it comes not believing our eyes.

Photoshop Was Just The Beginning

Photoshop and similar still-image editing tools have enabled the fake photo for 35 years now. And here again, Trump just showed his ability to wield a technology for effective if morally dubious purposes. Just this week, he was retweeting a modified photo of Speaker of the House Nancy Pelosi putatively wearing a Muslim hijab and standing in front of an Iranian flag. Trump circulated the image days after Pelosi and Senate Minority Leader Charles Schumer criticized Trump’s increasingly dubious “emergency” order to murder one of Iran’s most prominent public officials, Maj. Gen. Qasem Soleimani.

But forget about still images. Now we’re moving into the Deepfake Video Era in earnest, and it’s not just an occasional mocking, clearly labeled video from a late-night broadcast TV show. Soon enough, deepfakes of many kinds will be an everyday thing, everywhere. The question is whether we have enough sophistication as media consumers to realize we can no longer trust what our lying eyes are telling us. Consider these latest bits of news:

These new apps and tools will soon be omnipresent, and in what in most cases seem to be relatively safe, innocuous, and neutered form, for hundreds of millions of people to play with. It’s possible that will help educate many of us to both the promise and pitfalls of video manipulation by way of deep learning and other artificial-intelligence technologies. Or we could be unleashing more than a few nasty-minded jinni from Pandora’s box and Aladdin’s bottle.

We’re Already Further In Than We Realize

All of these apps suggest we’re working our way further into this messy ball of tar far faster than most of us realize. While the technology is sophisticated, not nearly enough of we potential viewers can say the same about ourselves. The existence of so many relatively innocuous Deepfake Lite apps and tools suggests that we also have some heavy-duty tools floating around too. They may be floating around the dark web, on the servers of the Internet Research Agency or North Korea’s intelligence operations, and probably in some other not-reassuring places. Regardless, you have to expect they’re already significantly available to a large subset of troublemakers and political tricksters (what would Roger Stone have done with this, if he wasn’t already in jail for a long list of bad behavior?).

It leads me to predict that this will be one ugly election, filled with dubious, allegedly true videos swapped around various online echo chambers. This could be abetted by an incumbent with vast amounts of campaign cash, a long history of relentless mendacity, and a repeated willingness to use other kinds of faked media to attack his opponents, real and imagined.

As this election heats up (Iowa caucuses are Feb. 3, less than three weeks away), we need to educate ourselves on being better video consumers. That’s especially true regarding what we see on social media, with its brutally efficient capacity to amplify the worst in all of us. If you see something on the web that’s too out there to believe, here’s a tip: It’s probably Deepfake News.