All In The Creator Family: Family Fun Pack Turned Accidental Virality Into A Full-Fledged YouTube Career 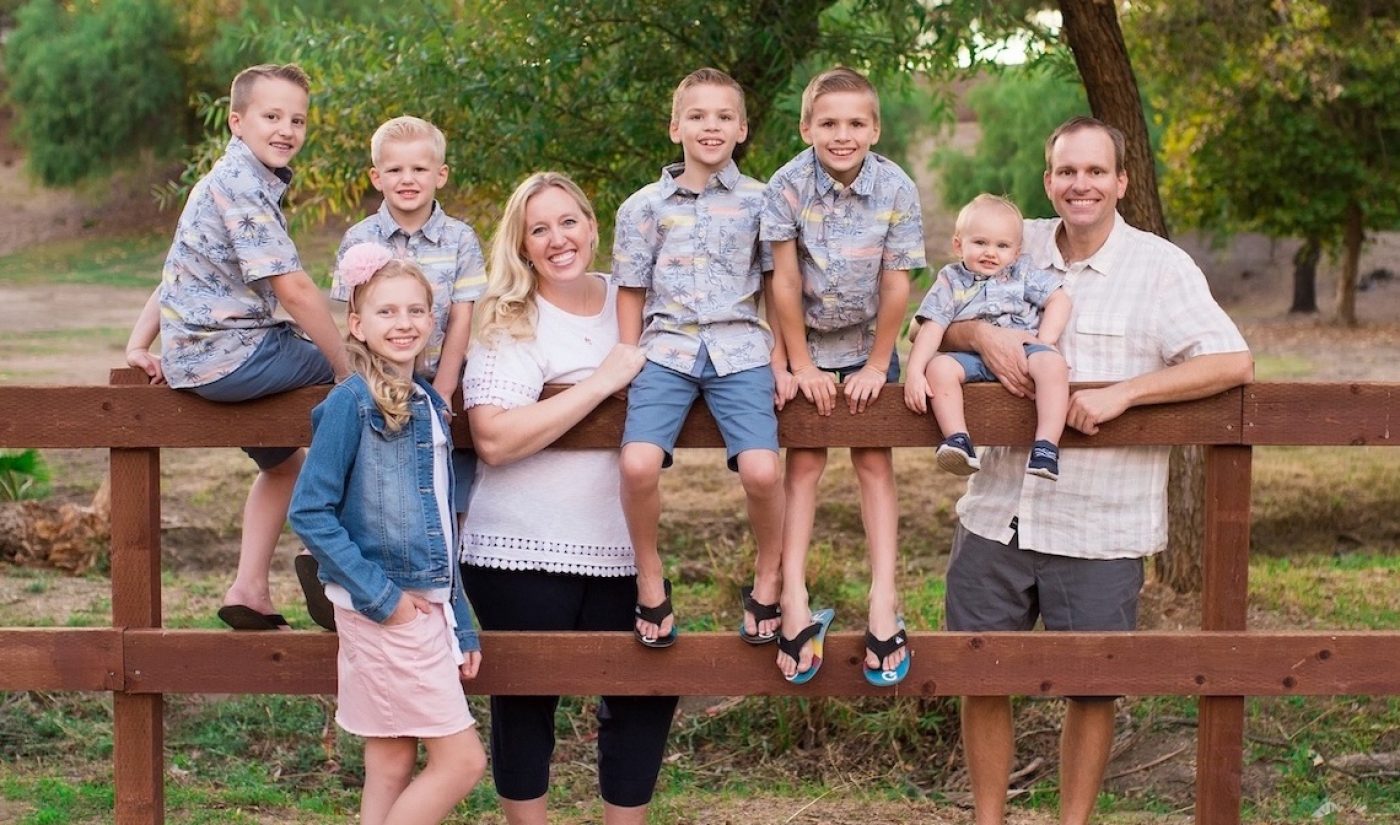 When Kristine uploaded her first video to YouTube back in 2011, she only had one viewer in mind: her mother-in-law.

Separated by distance, they were having trouble getting a video of Kristine’s twin baby boys from her computer to her MIL’s because the file was too large to email. YouTube, then only a few years old, seemed like an easy solution. Kristine uploaded the clip, just one minute and 13 seconds long, titled it Twins Putting Themselves to Bed, sent the link to her MIL, and didn’t spare the video a second thought.

Until it started getting views. Millions of views—to date, 156 million. Kristine had zero experience with YouTube, but she could see that the virality was something significant. Her content, though accidentally, was appealing to people.

So she made more. And in the eight years since she christened the channel Family Fun Pack and began regularly uploading videos, it’s clear her content’s appeal hasn’t lessened. She, husband Matt, and children Alyssa, David, Zac, Chris, Owen, and Michael, now have more than 9 million subscribers, and bring in 100 million views per month for their weekly vlogs.

Accidentally going viral meant Kristine had to absorb everything about being a YouTuber on the fly. She learned what “vlogs” were from Google, figured out how to build out one popular video into a full series (such as Costume Runway Show, where some installments have gotten more than half a billion views), and tweaked their strategy a bit when trends like challenges began taking over YouTube’s family content.

Like other family channels, Family Fun Pack is riding out big changes on YouTube, and Kristine is upfront about the fact that the platform might not be their full-time career forever. But she also says that no matter where they end up, her family will always focus on the most important thing: living the best life they can live.

Tubefilter: Tell us a little about you! What did you do before YouTube?

Kristine: I was a music teacher!

Tubefilter: What made you pick YouTube as the platform for your content? What specifically appealed to you about running a family channel?

K: I started by accident. I was never trying to be a YouTuber. I uploaded a video to send to my mother-in-law because it was too big to email it. It was my first YouTube video ever—and it went viral.

Tubefilter: You uploaded that video way back in 2011. How have you evolved as a creator over the years? How have you shifted your content as your family has grown?

K: I started including myself in videos a few years after the channel began. I had never shown myself on camera till Michael was one or two years old, aside from his birth video. We started doing challenges, and I googled what a “vlog” was. The fans kept asking for that, and I didn’t know what it was. I finally made a first vlog, and it has over 300 million views now.

Tubefilter: Why do you think family content is so popular with people across social media platforms? What are some key things you’ve noticed about your own audience?

K: I think people often look for something they’re lacking and they go to watch it. I know for a fact we have fans who come from
broken families. They have told me they watch us because they hope to have a similar family one day. I think the dynamic between siblings is fascinating to many people. Older people can reminisce about when they used to have small children, teens can dream about one day having a family, and parents in the thick of it can find something to relate to. Family content is relevant for everyone!

Tubefilter: Costume Runway is one of your biggest series. Tell us how you came up with the concept for it, and how its success affected your channel and YouTube’s family content space.

K: I had this vision after America’s Got Talent started. It was one of the first seasons, and I was inspired by one of the acts. I quickly realized that because I did not know any editing tricks, I couldn’t make the video I wanted. So we made Costume Runway Show instead. My kids lived in costumes. We had so many of them, it was a fun and natural video to make. It proved to be a success not only in view counts, but also because most kids channels have copied the video.

K: For our main channel, we mostly do experiences and life stuff, so we don’t vlog all the time. We make one weekly vlog, and all the other content is pretty much travel-related.

Tubefilter: You produce a mix of videos, from family vlogs to challenges to trendy topics like morning routines. How do you keep your content fresh and standout in such a crowded space?

K: It is very difficult in recent years to stand out. It’s actually been a bit of a downer, because YouTube promotes trends more than original content. It’s hard for me because I’m a huge promoter of being original. The first few years of our channel had zero challenges and zero trends. Not one. We did our own thing, made up new stuff, and were rewarded for it. Now, when we do something original, it often fails. When we follow a trend, we get huge numbers. So, as a creator, it’s a bit stifling. We have tried to mold with the changes, and we have found some of the challenges fun to do, but I prefer being original over following the crowds.

Tubefilter: Are there any other family content creators who inspire you?

K: Because we were not watchers of YouTube before we started our channel, we really didn’t even know anyone. So I don’t have anyone who inspires me, but I do have plenty of amazing YouTube friends I made in the last four or five years, once we started going to conventions.

K: Sometimes kids would rather play than focus. Sometimes all of them want to be the star, but I only have room for one or two in a particular video. This is always the case with our kid-size cooking series. The kids fight over who gets to be in those videos. I prefer to have one or two chefs, not five. The other challenges are going out in public. I feel like the kids have to be on their very best behavior, because there’s literally always people watching us. It can be a bit stressful when we are out and about, if the kids are not behaving their best, because there’s always a camera and someone asking for a picture.

K: We put everything back into our children. We enroll our children and every single activity they would like to do, so our days usually involve a lot of back-and-forth, taking our kids to and from all of the different activities they do. Our kids do everything from art lessons to choir to ukulele and guitar lessons, choir, gymnastics, horseback riding, soccer, basketball, and others. We keep an extremely busy schedule, but we want the kids to have rich lives and feel like they got to do everything they wanted to do as a result of the success of our YouTube channel. We never put filming in front of the kids taking advantage of opportunities to hang out with friends or attend something that would enrich their lives.

K: My future plans include us living the best life we can live. If YouTube continues to be in our future, we will embrace it. If not, we will live the same way we have been living: by cherishing every day and putting the family first. We want to continue to travel and to do music as a family. Music is definitely one of our passions, and it’s a talent that I feel should be shared. We want to make the world a better place, and we are thankful for all the opportunities our YouTube channel has given us.

FamFest is the biggest two-day family festival featuring your favorite YouTube stars. Our mission is to bring families and creators together in an immersive environment to create memories through engagement. FamFest will be featuring one-of-a kind experiences and “Instagrammable” moments at the OC Fair & Event Center on June 20th & 21st, 2020. Tickets (use the code FUNPACK to get $50 off any ticket), sponsorships, and more information available now at famfestusa.com.