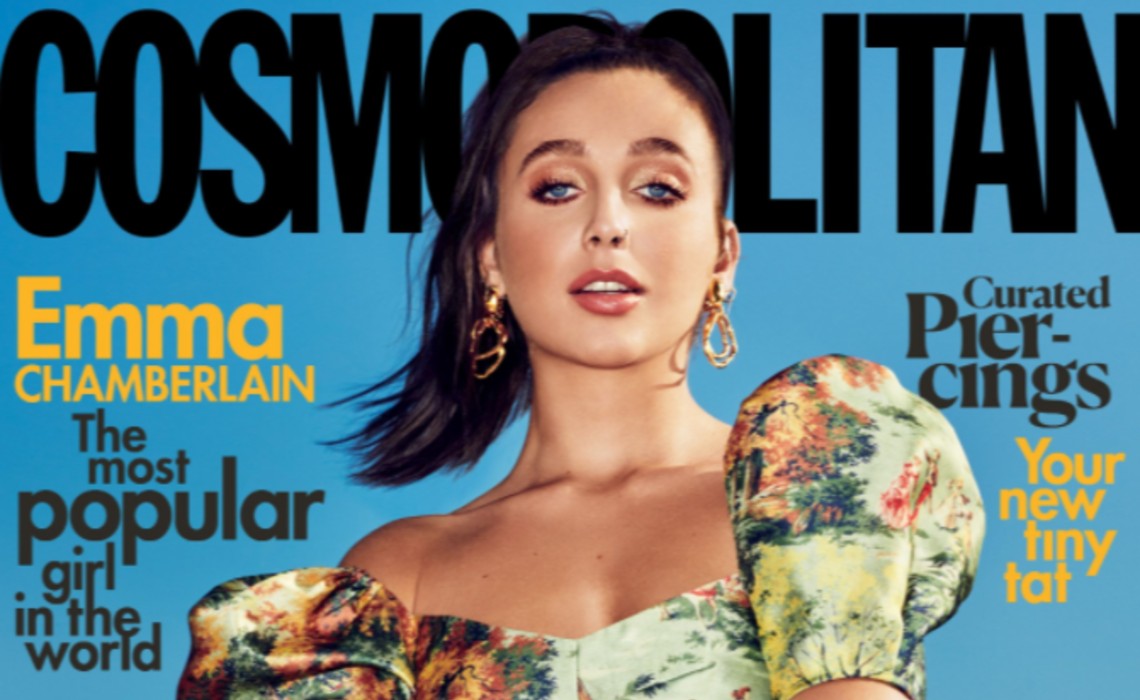 The 18-year-old has landed her first U.S. magazine cover, on the February issue of Cosmopolitan, according to the Hearst-owned publication. The issue, featuring a profile in which Chamberlain discusses her body image struggles, hits newsstands on Jan. 14.

While Chamberlain tells Cosmo she finds the idea of being classed as an influencer “kind of disgusting” (she says she prefers to “entertain and be a friend”), the cover feature speaks to her growing power in the fashion space, following partnerships with Louis Vuitton and Calvin Klein. Chamberlain has also dipped her toes into design, collaborating on apparel and accessory products with the likes of Dote and Crap Eyewear. That said, Chamberlain’s latest business venture is coffee brand called Chamberlain Coffee.

In the Cosmo story, Chamberlain gets candid about her struggles with body dysmoprhia after stating that she would not work on sponsorships with any weight-loss products, as well as discussing her commitment to avoiding Facetune or other photo-manipulation apps. She says that her own body image issues have been impacted by the fact that her job involves staring at herself on camera for long stretches of hours while editing.

“I just think that growing up on social media gave me eating issues as a kid,” Chamberlain said. “I literally have struggled with that my whole life. Almost every person I’ve met has had some form of an eating disorder. I mean, I’ve had…I don’t want to trigger anyone, but so many.”

You can read the full Cosmopolitan story right here. Chamberlain also released a vlog on her own channel in honor of the occasion, and participated in Cosmo’s Expensive Taste Test series (below), which sees celebrities blind-testing two items in a bid to discern which one is more expensive.

Diary Of A Web Series: The Curse Of The Comedy Writer–Non-Performer