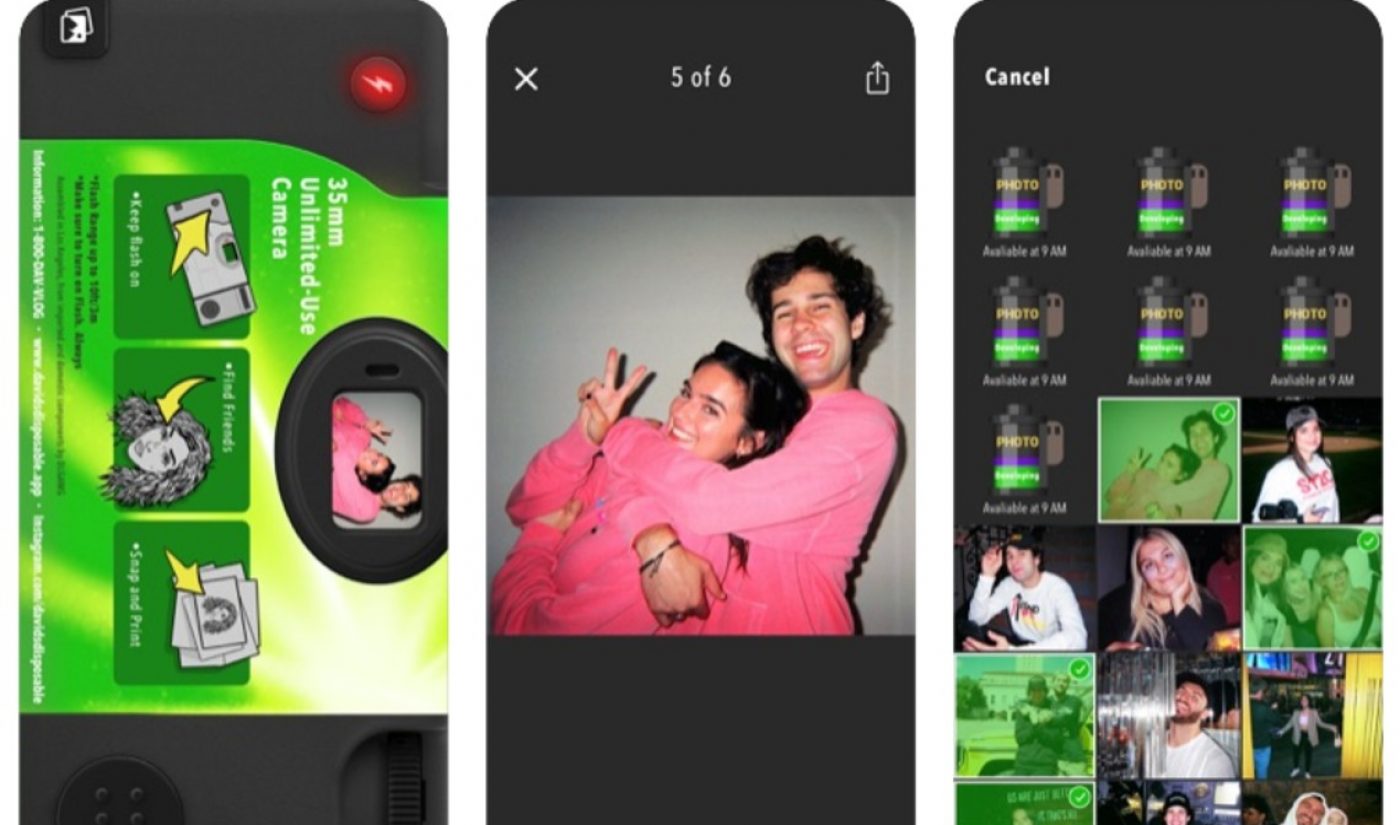 Though he’s one of the hottest digital stars on today’s internet, David Dobrik is still an old soul — as evidenced by his proclivity for disposable cameras.

In June, for instance, Dobrik launched an Instagram account dedicated exclusively to photos snapped on a disposable camera that has today amassed 2.9 million followers — an impressive tally, even though it’s only a fraction of the 11.1 million followers on his flagship Instagram account. (He also likely inspired other influencers to create their own disposable-themed accounts, including Tana Mongeau and Trisha Payas). And now, Dobrik has launched his own David’s Disposable app so that fans can create retro-looking photos of their own.

The app turns the screen of users’ phones into the back of a disposable camera — meaning that front-facing selfies are a no-go. The flash always fires. While the camera will apply its own disposable-themed filter, the catch here is that users have to wait for photos to ‘develop’ — with a notification being sent every day at 9 am that all photos taken the day prior are ready to be viewed. The app also enables users to order prints directly from the app straight to their homes — another way that it mimics the film development experience.

The ad-supported app is free to download, but monetizes via in-app purchases. (A $1 premium subscription removes all ads). Right now, David’s Disposable is only available on iOS devices, including the iPhone, iPad, and iPod Touch. After launching on Christmas Day, the app already seems to be creating some buzz, currently placing at No. 4 in the ‘Photo & Video’ category ranking within Apple‘s app store.