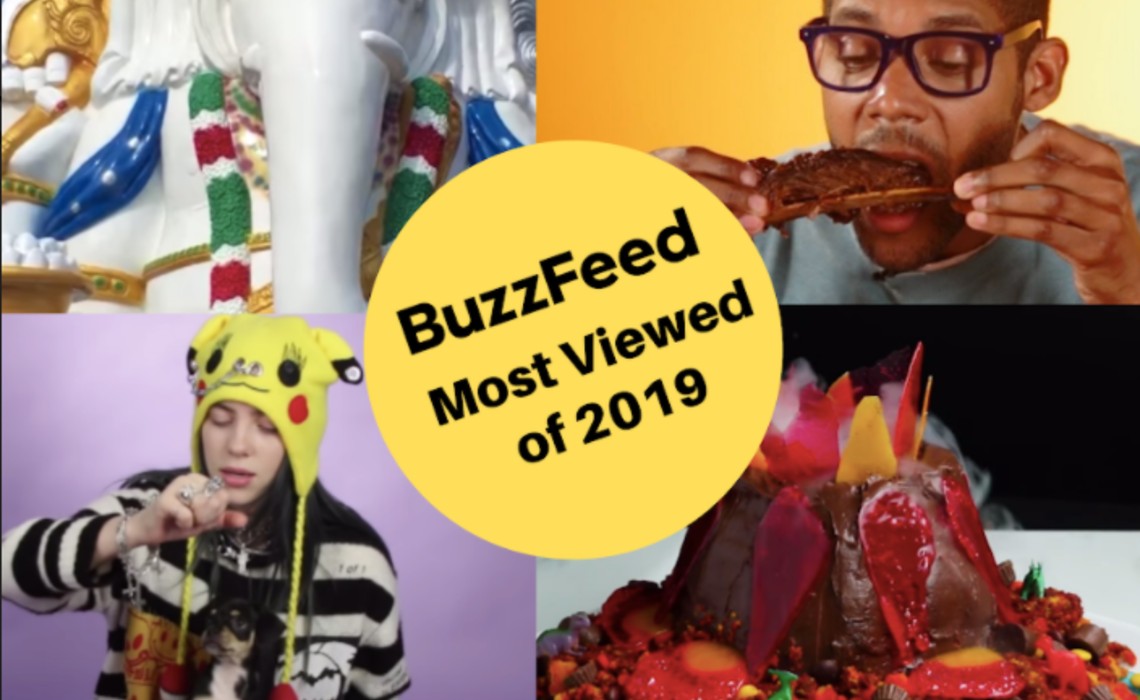 BuzzFeed, the viral publisher that nabs gobs of annual video views, is feeling a little introspective as 2019 comes to a close. The company has put together several lists of its most-consumed content of the year.

On Facebook, there’s little connective tissue between the top five videos of the year, led by 4 Mesmerizing Marbled Clay Projects (35.4 million views), which hails from BuzzFeed’s DIY and design brand Nifty. And two heartwarming BuzzFeed News videos — Principal Teaches Students To Dance (22 million views) and These Runners Finished A Marathon Together (14.6 million) — finished in second and fourth place, respectively. This showcases viewer appetites for inspirational fodder around educators looking to help their students become more active, for instance, or strangers leaning on one another during trying times.

BuzzFeed’s massively-successful, recipe-focused Tasty imprint also released its rundowns of the most-viewed videos on Facebook and YouTube, which you can check out below:

BuzzFeed Acquires HuffPost In Stock Deal As Part Of Larger Pact With Its Parent, Verizon Media