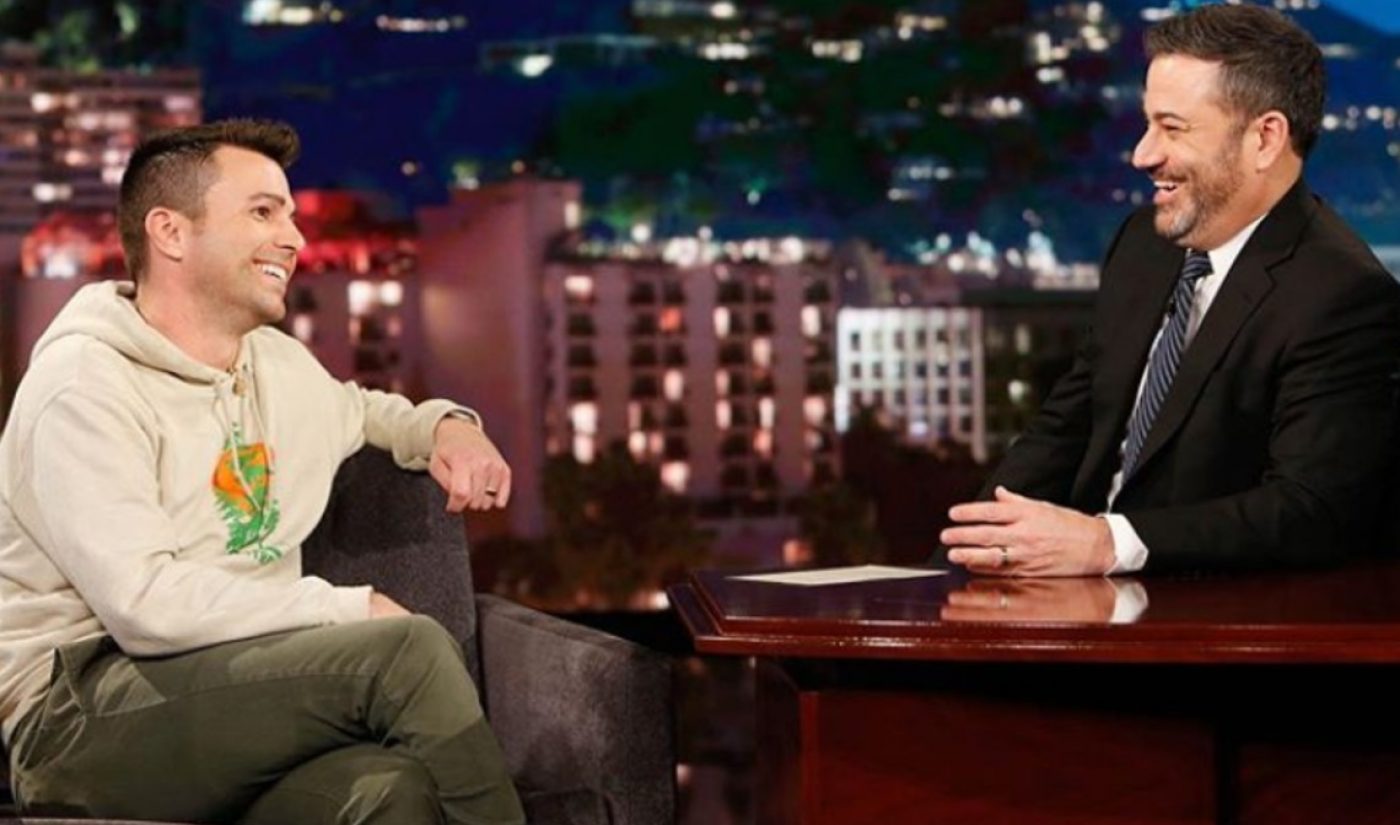 Jimmy Kimmel is joining forces with one of YouTube’s biggest names for a forthcoming linear series tentatively titled Revenge Of The Nerd.

The late-night star, who boasts a massive YouTube presence of his own (to the tune of 16 million subscrbers), has linked up with Mark Rober — who also guested on his show last night — on the hidden-camera prank show. Eight hour-long episodes have been ordered by the Discovery Channel, to be produced by Kimmel’s studio, Kimmelot.

The series will star NASA engineer-turned-YouTube luminary Rober (9.8 million subscribers), and was inspired by one of the creator’s most renowned videos, in which he exacted revenge on a porch thief by concocting prank packages filled with glitter bombs, Deadline reports. That clip has amassed a stunning 77 million views, and spawned a sequel that Rober debuted over the weekend. Rober will serve as an executive producer on the series, which will seek to catch other people who violate social norms and right their wrongs using creatively-engineered pranks. For instance, Rober teased on Jimmy Kimmel Live last night, that one episode could feature a catapult that launches dog excrement at the homes of owners who fail to clean up after their pets.

This isn’t Rober’s first Kimmel appearance; he has annually guested on the show to demonstrate Easter and April Fool’s Day-inspired pranks in 2016, 2017, and 2018. And this isn’t Kimmel’s foray into prank content, either. He is the co-creator of Comedy Central’s long-beloved Crank Yankers, in which puppets enact prank phone calls tendered by famed comedians. Kimmelot is behind a recent revival of that series, which first debuted in 2002.

In addition to his latest career moves, Rober also harnesses his massive following to give back. In conjunction with fellow YouTuber Jimmy ‘MrBeast’ Donaldson, Rober co-founded #TeamTrees — a charitable venture that is aiming to plant 20 million trees as part of reforestation efforts by year’s end. That venture is also getting a linear special that will air on the Discovery Channel.

You can check out the Revenge Of The Nerd announcement below: