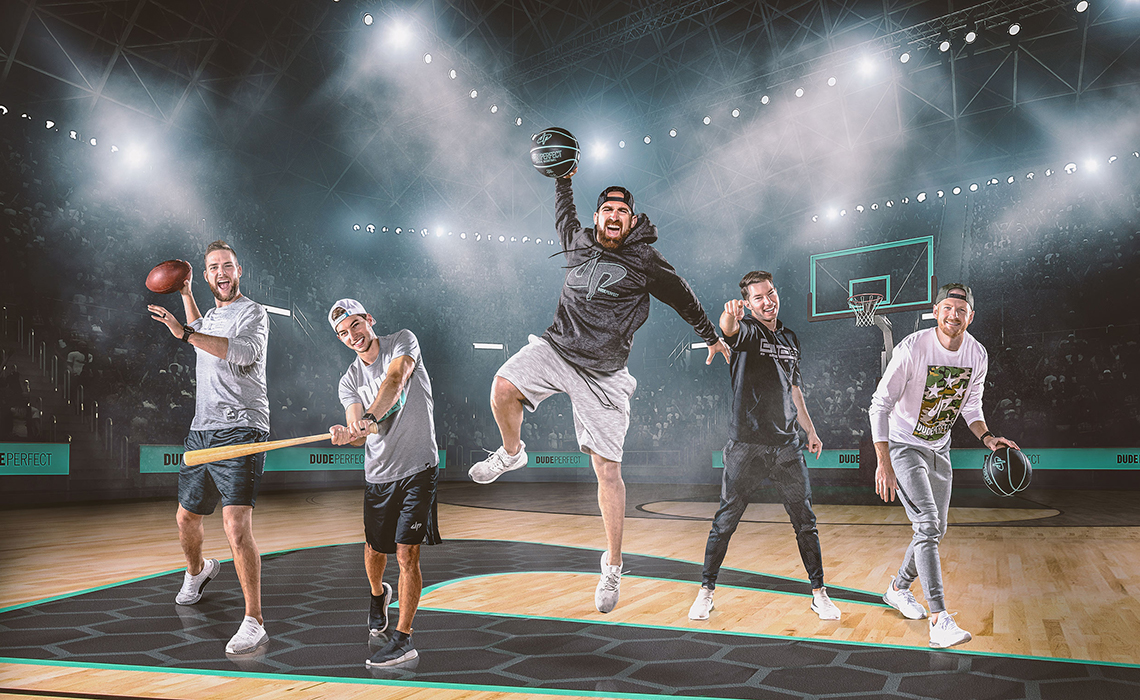 The dudes of Dude Perfect are about to drop their first feature-length production: Untold Stories, a 90-minute documentary that dives into the never-before-seen backstories behind 10 of their most notable trick shots.

Ahead of the project’s release tomorrow, Tubefilter has an exclusive first-look clip featuring the athletic fivesome — Tyler Toney, Cody Jones, Garrett Hilbert, and twins Coby and Cory Cotton — discussing one of their earliest viral shots. In it, Toney stands across his backyard from a basketball hoop and lobs a ball over his head, swishing a nothing-but-net basket without looking.

Back when Dude Perfect debuted the impressive shot in 2013, it made rounds on the ’net and hit major outlets like SportsCenter. Then, world-renowned players like Shaq and NBA All-Star Carmelo Anthony weighed in with doubts that Toney had actually managed to sink the ball.

Why the skepticism? Well, as Toney points out in Untold, the shot doesn’t keep the basketball in frame the entire time — which means that it could have been two balls: one Toney threw, which missed the net and landed off-camera, and one presumably tossed into the net from a much closer, easier position, making it look like Toney landed the shot when he really didn’t. But he did in fact make the shot, and Toney says they knew its veracity would be doubted. They ultimately “landed on let the ball go out of frame, knowing that, hey, we’re gonna take some backlash for it, and we’re gonna fight through it,” he said.

Nowadays, many of the videos Dude Perfect uploads for their 47.6 million YouTube subscribers show their entire trick shots in frame, even zooming in on launched projectiles (whether that’s a basketball, tennis ball, arrow, playing cards, or literally any household item) to show their flight paths en route to targets.

And those who tune in to Untold will see the group’s current skills on top of learning about past tricks, as the documentary also contains footage of a brand-new stunt.

Untold, which was produced by entertainment/sports media company and Dude Perfect’s longtime partner Whistle, drops tomorrow on iTunes and DVD. You can watch the exclusive clip below.