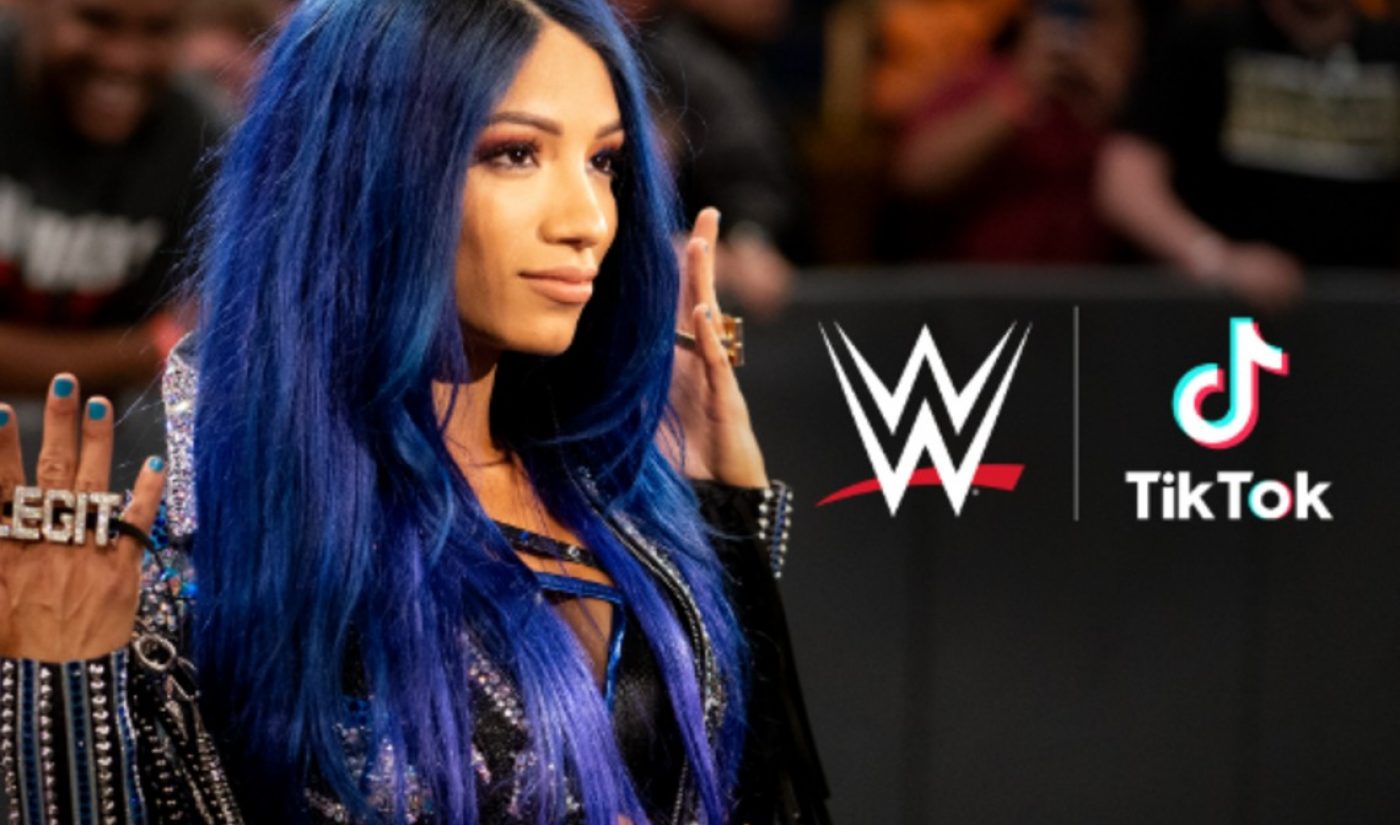 WWE is body-slamming onto TikTok today, with a new pact that will see the wrestling media purveyor — which counts 1 billion followers across all of its social channels globally — launch various new channels on the Bytedance-owned, short-form video app.

The channel launch coincides with WWE’s annual Tables, Ladders & Chairs pay-per-view wrestling event, which features the aforementioned objects as weapons and is slated to premiere this Sunday. On its new TikTok channel, the WWE will share moments from in-ring matches as well as backstage action via exclusive daily content. In the first day of its launch, the channel has already accumulated upwards of 110,000 followers.

In addition to its flagship WWE account, the organization is launching accounts for more than 30 wrestling personalities — including both current competitors and storied vets like ‘Stone Cold’ Steve Austin, The Undertaker, Ultimate Warrior, Becky Lynch, John Cena, and Sasha Banks (pictured above). And, as part of the deal, each wrestler’s original entrance music will also become available to other TikTokkers for use in their videos as part of the platform’s vast music library.

“We are thrilled to be launching this partnership, which offers a new level of engagement with WWE content by enabling the TikTok community to create their own shareable stories tied to WWE‘s world renowned superstars,” Jayar Donlan, WWE’s EVP of advanced media, said in a statement.

In addition to its deal with the WWE, TikTok signed a similar agreement with the NFL in September.