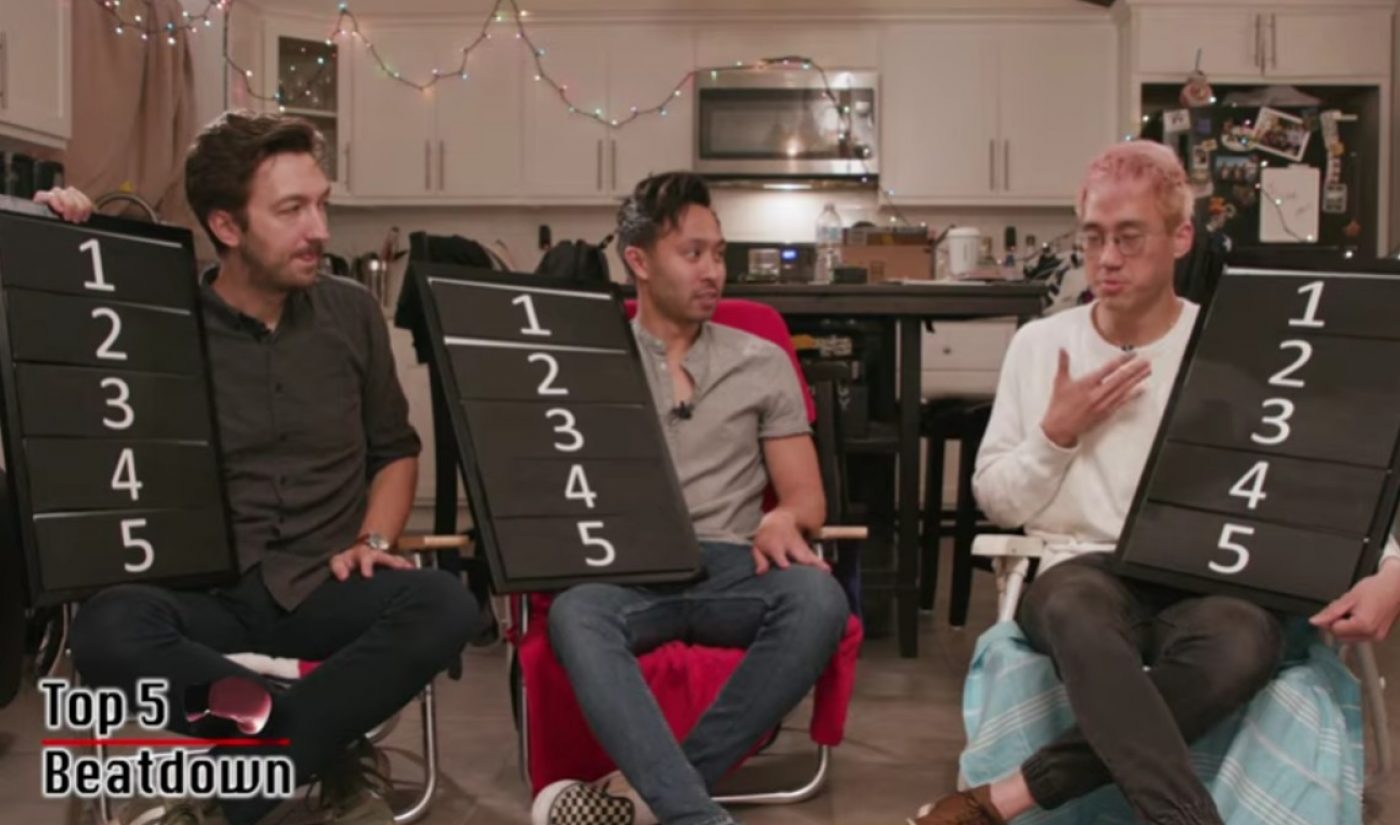 Following in the footsteps of The Try Guys, Safiya Nygaard, Michelle Khare, Chris Reinacher, and Gaby Dunn and Allison Raskin, another fleet of former BuzzFeed creators are branching off on their own.

A new digital production company dubbed Watcher Entertainment is slated to bow on Jan. 10, founded by Ryan Bergara, Steven Lim, and Shane Madej. Bergara is the mind behind BuzzFeed Unsolved, a true crime series he created and co-hosts with Madej. Madej is also the creator and host of Ruining History, which chronicles funny moments in history. Lim, for his part, is the creator and host of Worth It, which stacks up similar items and services of varying price points. All told, the trio says that content created during their tenure at BuzzFeed has generated 2 billion views.

Watcher will launch as a YouTube channel with seven TV-caliber, unscripted digital series, as well as a weekly interactive talk show in which the guys will sti down with their fans. Like their previous work, programming will focus on food, travel, and horror. Watcher will also share content on Facebook, Instagram, and Twitter. The guys stressed the importance of owning their own content as the chief motivator for the move.

“Over the past several years, the three of us were able to create content that we’re passionate about with a wonderful partner, BuzzFeed, but we all felt that it was time to create something that we own,” Bergara said in a statement. “The launch of Watcher Entertainment will allow us to explore our independence and build a production studio that opens us up to a whole new world of creative possibilities with new topics and themes.”

The Watcher trio has sourced funding to get their venture off the ground. Investors include Neuro and the Boba Guys (who also plan to advertise against future content), as well as YouTube co-founder Steve Chen.

That said, the guys haven’t cut ties with BuzzFeed entirely. Bergara and Madej are slated to create a new season of Unsolved in early 2020, a BuzzFeed rep tells Tubefilter, while Lim will film and launch another season of Worth It later this year. While they are no longer full-time staffers, they will work with the digital publisher on a contracted basis — at least through 2020.

“BuzzFeed works with talent at all stages of their careers — supporting new faces, BuzzFeed alums, and everyone in between,” the company’s director of show development, Thespena Guatieri, told Tubefilter in a statement. “We are excited to continue working with Steven, Ryan, and Shane in a new capacity as they pursue endeavors outside of BuzzFeed.”

You can check out a Watcher channel trailer right — which showcases scenes from cooking series Grocery Run and travel show Tourist Trapped — below: