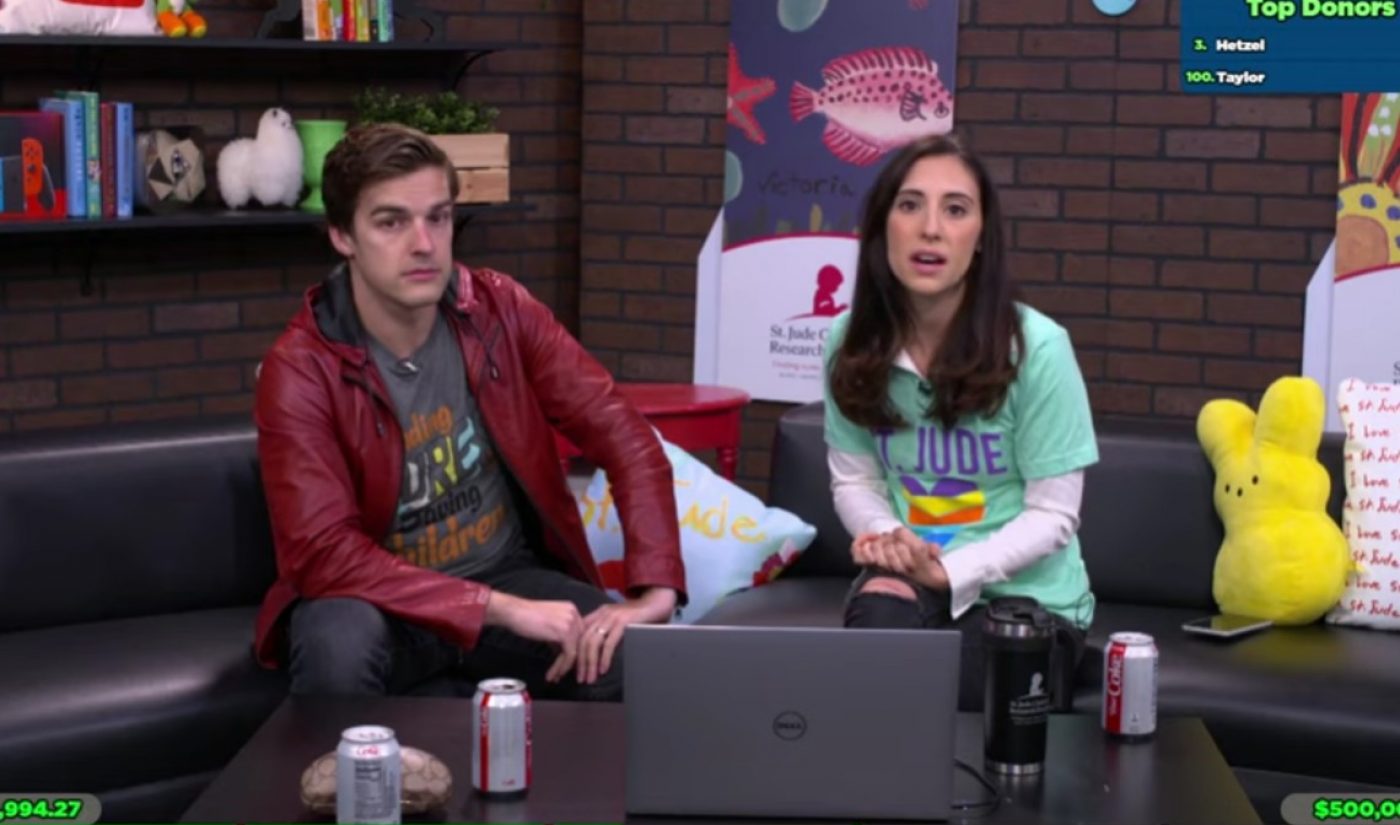 And the broadcast was a massive success, clocking roughly $1.33 million — and counting — for the organization, which works to treat the toughest forms of childhood cancer and other pediatric diseases. The Game Theorists is a game-centric channel run by married creator duo Matthew and Stephanie Patrick, with 12.2 million subscribers.

And notably, the creator of the cult-hit horror video game Five Nights At Freddy’s, Scott Cawthon, donated $500,000 to the cause. Cawthon produced a short, side-scrolling scavenger hunt game specifically for the stream, and challenged MatPat and guests to find the $500,000 worth of donations hidden within it. They ended up finding $451,200 worth, but Cawthon went ahead and donated the full $500,000 anyway.

The stream also featured familiar games and challenges that served as incentives to drive donations, as well as an appearance from a former St. Jude patient named Miguel. Furthermore, beverage brand Ocean Spray contributed $50,000 to the cause as part of its new partnership with St. Jude.

The fact that The Game Theorists took over the YouTube Masthead — an ad spot that spans the top width of the platform’s homepage — also likely helped donations pour in. While the nine-hour stream is concluded, fans can still contribute to the cause on the video page right here. It hit No. 1 on YouTube’s Trending tab while it was live. As of press time, 24 hours after the stream ended, it’s No. 2 on Trending, and has amassed nearly 13 million views.

In addition to yesterday being Giving Tuesday, it was also the kickoff of St. Jude’s annual Thanks and Giving campaign, which runs throughout the  holiday season. Donations gathered by St. Jude fund its treatment of children with cancer (who receive said treatment entirely without cost and often with financial support for families including flights to the hospital, near-campus housing, and free meals) and the operation of its research division, which has helped boost the childhood cancer survival rate in the U.S. from 20% to 80% since 1962.