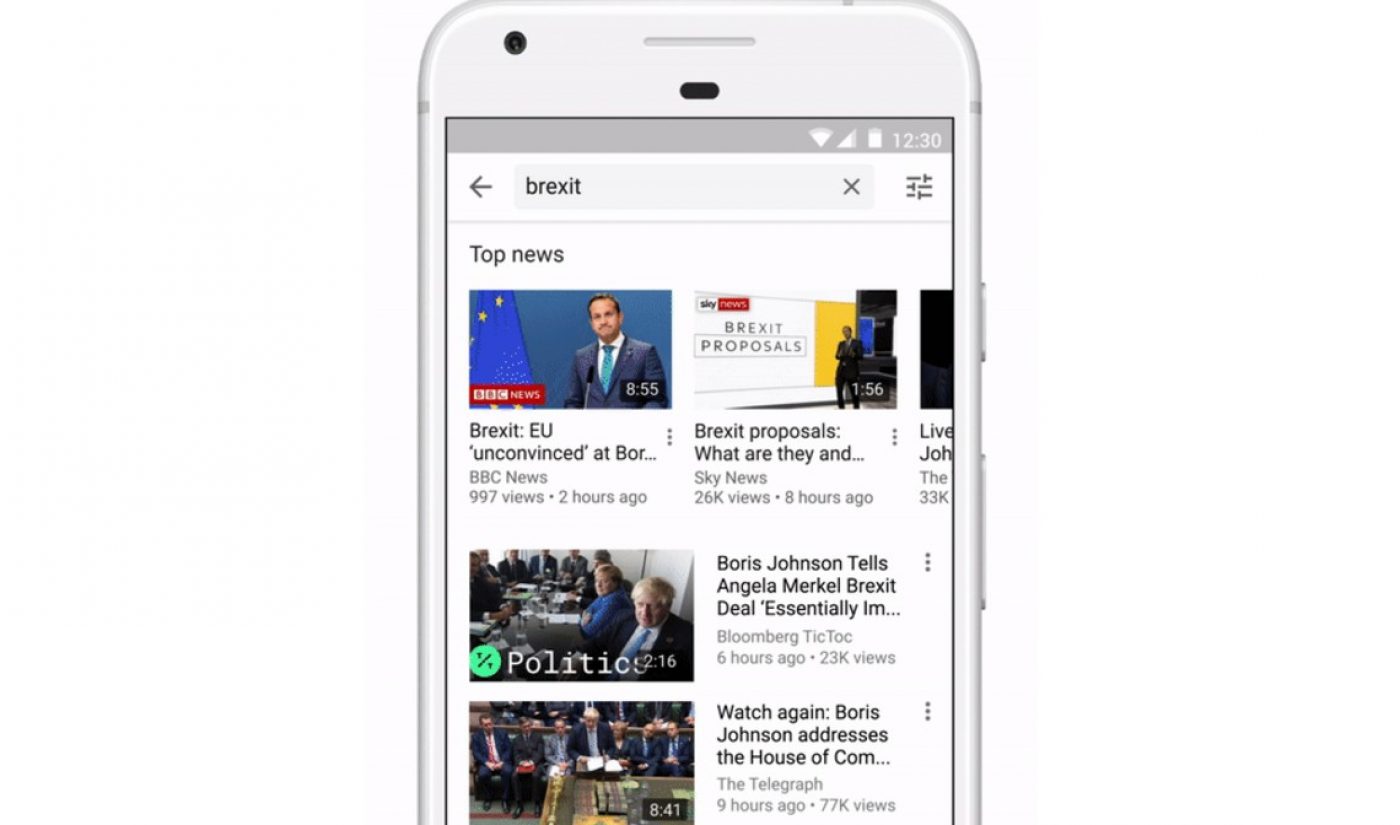 In a corporate blog post today, YouTube shared an update on its work to reduce the spread of content that it terms “borderline” and also likens to “harmful misinformation” — videos that aren’t punishable per its Community Guidelines but brush up close to the line, such as conspiracy theories.

To combat such videos, YouTube says that it has sought to raise authoritative voices in myriad ways since 2017 — including highlighting news from established providers (pictured above). While other content categories like music and entertainment are served according to relevance and popularity, the company says, when it comes to news, science, history, and even evergreen topics that are prone to misinformation (like vaccines), YouTube says that quality is key. Thus, it has sought to elevate “authoritative sources” in both search results and ‘watch next’ panels, including CNN, Fox News, Jovem Pan, India Today, and The Guardian. In the past year, YouTube says that consumption on these authoritative news partner channels has grown by 60%.

In yet another effort, YouTube rolled out Information Panels in 2018 alongside videos containing misinformation in order to provide greater context and accuracy. It says that it has delivered more than 3.5 billion impressions of these panels to date.

All told, YouTube says that borderline content comprises a fraction of 1% of all U.S. watch time. After announcing a crackdown in January of borderline recommendations via an updated algorithm — which also harnesses the expertise of external evaluators, like doctors, and then uses machine learning to institute a scalable system — YouTube says it’s now rolling out this model outside of the U.S. to the U.K., Ireland, South Africa, Brazil, France, Germany, Mexico, and Spain.

“Since January 2019, we’ve launched over 30 different changes to reduce recommendations of borderline content and harmful misinformation,” the company shared. “The result is a 70% average drop in watch time of this content coming from non-subscribed recommendations in the U.S.”

You can check out YouTube’s blog post, which also includes a timeline of various product releases over the years in its fight against borderline content, right here.