MrBeast Just Got His Very Own Youtooz Figure. Here’s A Look At The Collectibles Company Cornering The YouTube Market. 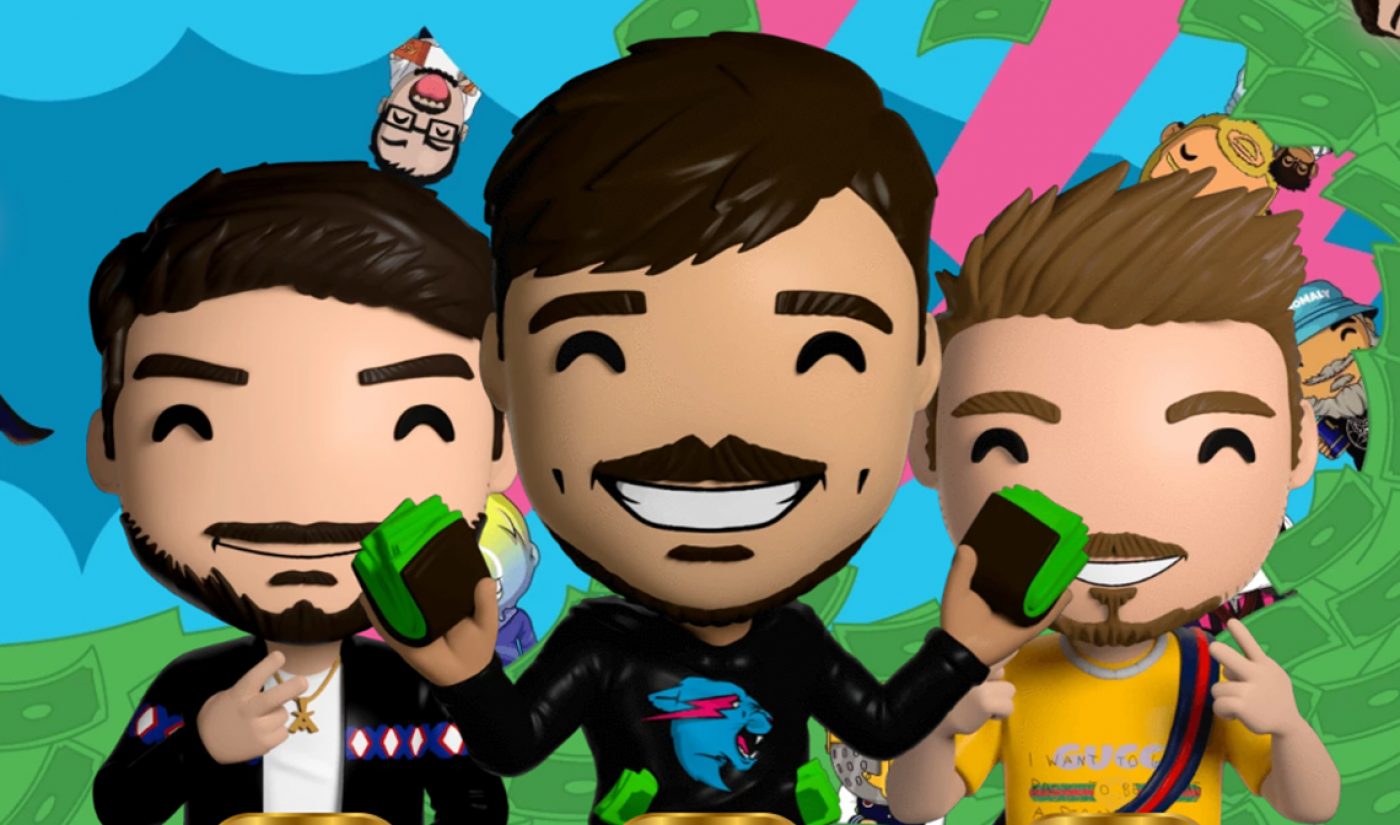 Pop culture fans all over the world have shelves lined with Funko Pop! figures — cute, compact versions of seemingly every major character and celebrity out there, from Alien’s xenomorphs to Disney’s full roster to Mariah Carey. There are more than 8,000 different Pop!s, and last year, they raked in $686 million in sales for publicly-traded Funko. The vinyl figures have become universally popular across fandoms…but one notable space the company behind them hasn’t broached is the digital arena, where plenty of YouTubers have thousands, even millions of fans who’d be ready and willing to snap up their miniature likenesses.

That’s where collectables company Youtooz comes in. Launched early this year, it’s fast establishing itself as the Funko of YouTube, working with content creators to produce their very own limited edition vinyl figures.

And it just debuted three new figures with its biggest creator partner yet: MrBeast.

The famously generous YouTuber (who has 26.4M subscribers) is now available in fine vinyl form, along with friends and frequent video costars Chris and Chandler. The latter two are clad in their typical favorite outfits and posed giving peace signs, while MrBeast is posed in one of his official hoodies, holding two stacks of cash and leaking cash from his pockets — a fitting look, considering the majority of his videos feature him splashing huge amounts of money on other people.

All three figures are classed as Youtooz limited editions, cost $30, and are scheduled to ship after the holidays, beginning Jan. 3. And, because it’s MrBeast, there’s a giveaway going, too: anyone who purchases one of his figures has a chance their box will contain one of three golden tickets. Get the golden ticket, and the reward is your choice of a life-size version of either his, Chris, or Chandler’s figure, plus a potential guest spot in an upcoming video.

For Youtooz, working with creators like MrBeast who have engaged, passionate followings is exactly what it set out to do. It soft launched in April with two meme figures — Doge and Harambe (RIP) — to test the digital vinyl market, then jumped into creator partnerships with the Misfits, a group of friends who run a YouTube-based, gaming-themed podcast of the same name. The group has a comparatively modest 492K subscribers on YouTube, but brings in a whopping $28,545 per month from 2,409 supportive fans on Patreon. Youtooz released their figures in June.

“Most of our team grew up watching YouTube and following different content creators,” Youtooz cofounder Austin Litman tells Tubefilter. He’s a longtime ecommerce dealer whose primary fare was once rare, used video games, and who eventually ended up on the manufacturing side of things, learning to design and produce items. All this experience came together for Youtooz, which is “something we wanted to create for ourselves and wish we had when growing up,” Litman says.

Litman also has an engineering background, which comes in handy. “Making these figures isn’t the most straightforward thing,” he says. “From concept to modeling to engineering the figures for molding before mass production, we’ve got a bunch of people working super hard every step of the way.” He adds that Youtooz’s 15-person team across the U.S. and Canada has streamlined the production process so much that “we’re now able to create and release figures three times faster than the industry average.”

Other YouTubers Youtooz has worked with over the past five months include commentator Keemstar (5.46M subs), gamer Muselk (8.13M), gamer Lachlan (12.2M), and comedy creator Ricky Berwick (1.74M). It has released 42 figures total, and recently received its 100,000th order.

It’s limited edition and three random people will receive a golden ticket which means we will deliver you a 6 foot live size version of it. (And maybe invite you to a video 🤪) https://t.co/xlpHs9D3wu

“One thing that gets me really excited when it comes to sales figures is how we’re another income stream for partnered content creators outside of merch and ad revenue in a fairly organic way,” Litman says. (Youtooz doesn’t publicize what percentage of revenue creators receive from figures.)

“Hopefully one day,” he adds, “we’ll be able to work with the majority of content creators on YouTube.”

At the same time as MrBeast’s public launch, there are exciting things happening behind the Youtooz scenes. It was just listed on Detroit-based reselling platform StockX, where some figures are being resold for as much as $136. The resale market is an “interesting thing” for Youtooz, Listman says, because “once a content creator sells out, the aftermarket keeps the hype and discussion going about the figure and creator that it captures.”

Youtooz also just signed its first deal with a studio, a partnership that’ll see it push out into the non-digital pop culture space. It plans to announce details early next year.