How To Make A ‘Heist’: Markiplier’s Interactive Special Is A Whole New Kind Of Content For YouTube 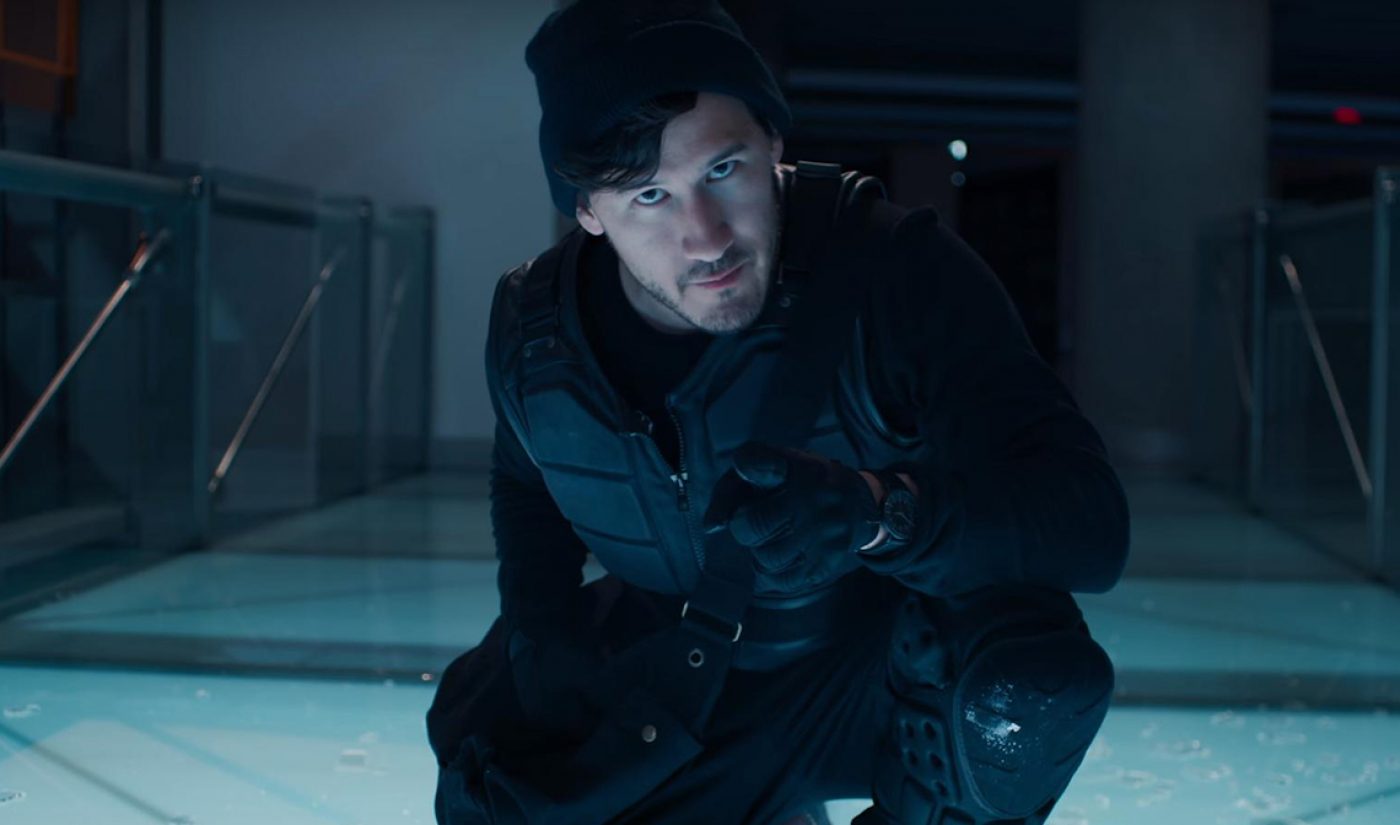 With 24 million subscribers and monthly view counts regularly topping 160 million, Markiplier is one of YouTube’s top gaming creators. So, it’s probably no surprise that when the world’s largest video sharing site began seeking out native talent to feature in its own original specials and series, his name was on the list.

But he wasn’t ready yet. It took “a while” after YouTube’s offer for him to come back with the idea that eventually became the platform’s first-ever interactive original, A Heist with Markiplier, because “I wanted to get some experience under my belt,” he tells Tubefilter.

Markiplier (aka Mark Fischbach) has been on YouTube since 2012, and has produced more than 4,500 videos. That’s certainly no lack of experience — but Fischbach isn’t referring to the extensive experience he has making his channel’s usual fare. He’s talking about his relatively more limited experience writing, directing, and starring in narrative projects.

But in 2017, Fischbach switched things up. “Me and my small team, we were trying to think of something to do for Valentine’s Day, and we were like, ‘What if people could go on a date with me?’” Fishbach says. The core concept was interesting, but even more interesting: “What if they could make choices on this date? What if it could be an actual interactive thing?”

And thus, A Date with Markiplier was born. The scripted interactive, uploaded Feb. 14, 2017, invites viewers — via first-person camera — on a seemingly normal date with Fischbach that swiftly devolves into a maelstrom of mayhem. The opening video ends with a crucial choice: pay, or don’t pay. Each choice is represented by a popup. Viewers click their choice, and it takes them to the relevant video — which then ends with another choice. Date has 10 endings, and collectively has amassed a whopping 90 million views.

It also provided the blueprint for Fischbach’s YouTube special.

Fischbach then went on to gather the experience he wanted by producing and starring in several other, non-interactive narrative projects: Who Killed Markiplier? (14.8M views to date), Damien (2M), and Wilford ‘MOTHERLOVING’ Warfstache (3.3M).

With Heist, Fischbach wanted to tackle something even more ambitious than what he accomplished with Date. He also wanted one key thing from YouTube: a hands-off approach.

“Once I had an idea, I wanted to do it myself,” he says. “I wanted to have complete creative control. And they let me, so that was really cool. They gave me the green light, and off we went.”

Like A Date with Markiplier, Heist is filmed in a first-person camera view, with Fischbach talking directly to viewers as the two attempt to filch a valuable and mysterious artifact from a museum with unsettlingly tight security and some very, very weird things hanging out in the sewers below.

To keep the adventure fully immersive, getting the first-person part of things right was crucial.

“We wanted that intimate feeling, the feeling like you were right there with me,” Fischbach says. “I wanted it to be smooth, like an almost on-the-rails type feel to it. We landed on using a nice cinema camera.”

The team used a RED Gemini mounted on a stabilizing ready rig, which is strapped onto a cameraperson’s body and compensates for movement, keeping shots jitter-free. Aside from wanting a smooth shot, Fischbach wanted a specific wideness, too: “We shot it with a decent field of view, 60 degrees, which is not quite humanized, but it’s like a human field of focus,” he says. “You can only really focus on that much.”

For Fischbach, all the work that went into Heist has more than paid off. “A lot of people liked it. The response was huge,” he says. “Like, it was crazy. I expected it to do really well, but it was even better than I thought it would be.”

Heist’s opening video has netted 12 million views since its Oct. 30 premiere, and Fischbach has appeared on Yahoo’s BUILD Series and Late Night with Seth Meyers to talk about its production. As for whether its success has inspired him to produce another interactive project, he leaves the possibility open, but says for now, he’s exploring other things.

His newest “next thing” is being one half of Unus Annus, a yearlong vlog experiment where he and Nestor are posting one video per day before irrevocably deleting the channel and all its contents after one year of existence.

Unus Annus is emblematic of Fischbach’s approach to creating on YouTube. Though he does occasionally tangle with the platform over how it treats creators and users, he does believe it’s a “viable path” for fledgling creators to test the waters of their wildest ideas.

“I want to show YouTubers and people who haven’t even started YouTube yet that they can do this,” he says. “There’s a way for you to take your ideas, even if they’re as big as you can possibly dream them to be, and you can make revenue. They can exist on YouTube, and there is a path forward for that level of creativity.”