YouTubers Attempt Levitation In BBC Original ‘The Edge Of Science’ 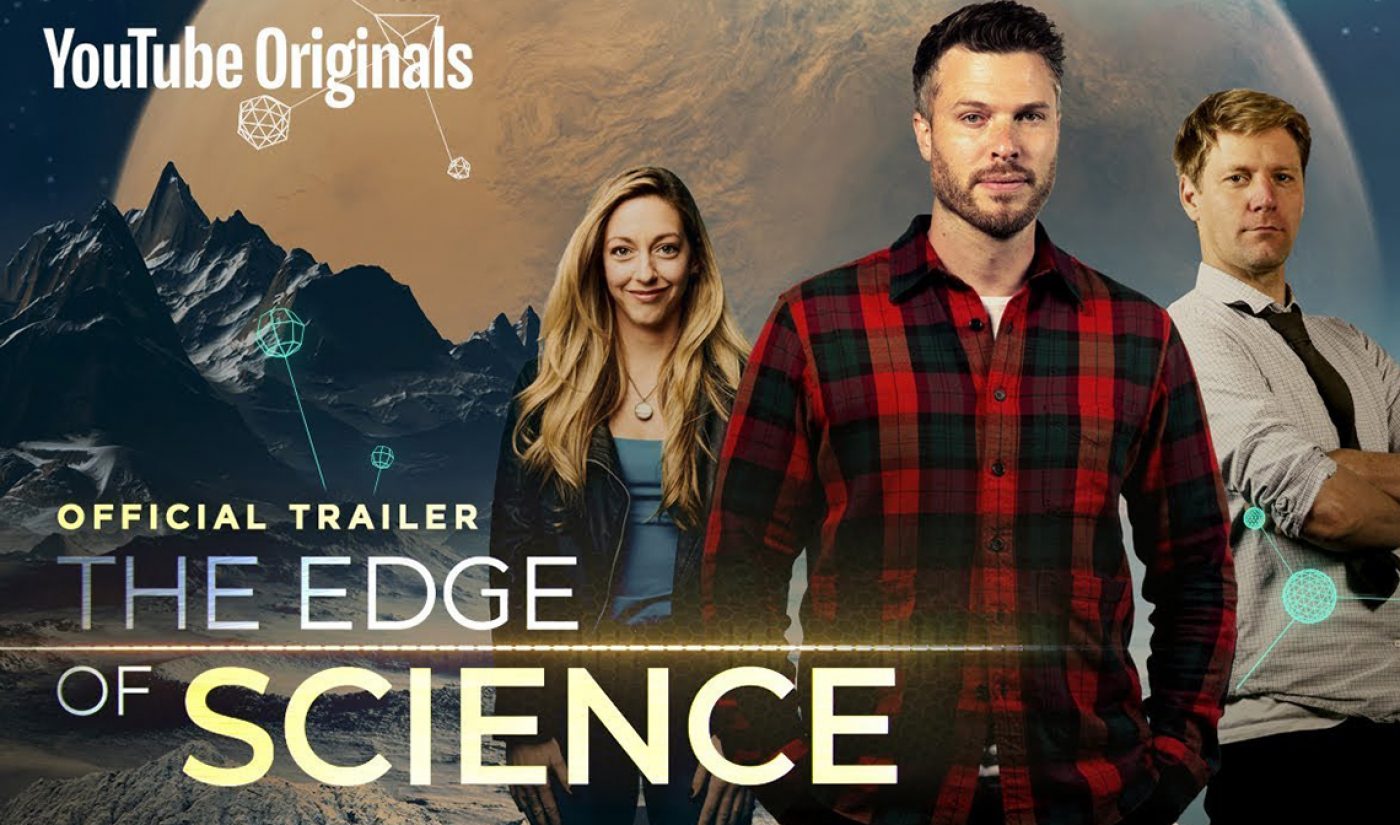 Right on the heels of dropping the trailer for Marques Brownlee’s Retro Tech, YouTube has offered a first look at another education-focused original: The Edge of Science.

In the half-hour special, a team of science- and stunt-focused YouTubers attempt the seemingly impossible: making The Edge of Science’s host, British journalist and TV presenter Rick Edwards, levitate. And, as you may have guessed from the special’s title, this won’t be David Blaine-style levitation; if it’s achieved, it’ll be done through pure science.

The Edge of Science is about exploring “the ideas that people think are science fiction and discovering they are possible,” Furze told Variety.

As for Edwards, he told the outlet, “I’ve always been fascinated — fine, obsessed with — science, so I’m delighted that YouTube is letting me explore the mad stuff happening at its outermost reaches.”

The special is the first YouTube original produced by BBC Studios (BBC’s commercial arm, launched in 2017) and by the BBC’s Science Unit.

Because all YouTube originals are now ad-supported rather than kept behind a YouTube Premium paywall, the platform has been offering perks for Premium subscribers who watch originals. In most cases, that perk is getting access to an entire series or season at once for immediate binge-watching — while non-payers have to wait for episodes to drop one per week or month. In The Edge of Science’s case, however, YouTube Premium members will have access to a longer version of the special, per Variety. (It’s not clear how much longer.)

Other educational YouTube specials include recently premiered Could You Survive the Movies?, where Jake Roper breaks down the real-life odds of surviving popular films, and BookTube, a monthly series where bestselling authors talk about their newest releases. Upcoming originals include the aforementioned Retro Tech (Dec. 2), along with Vox’s Glad You Asked (Jan. 8) and Age of AI starring Robert Downey Jr. (no premiere date yet).