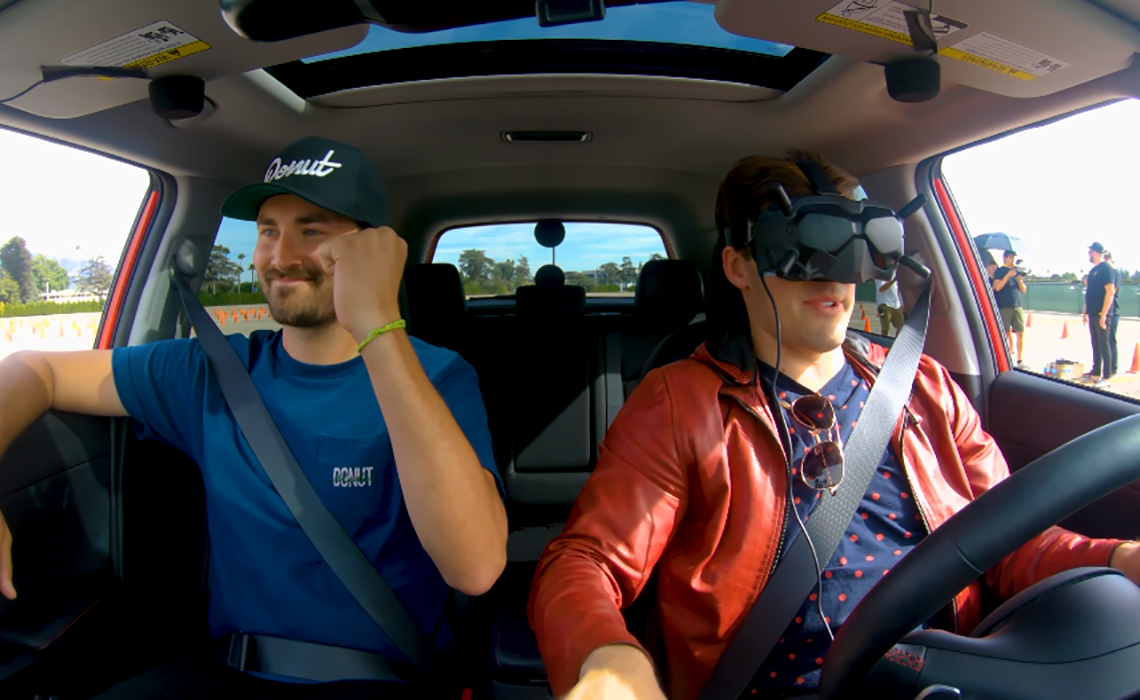 Donut Media’s newest project sees the digital auto publisher putting top YouTubers behind the wheel and asking them one question: Can you beat us?

Challenges include Linus trying to complete a driving course while keeping various items from sliding off the top of his car; MatPat playing a virtual reality driving game by using a real-life, in-motion car to control his in-game ride; and Johnson attempting to complete a course with a car eternally stuck in cruise control. Johnson’s video, which went live last week, is the latest episode, with ChrisFix’s on the way on Nov. 29.

The series is slightly different fare for Donut Media, which has 2.7M subscribers and has built its brand around making car knowledge accessible for everyone through four weekly shows: WheelHouse on Mondays, Miracle Whips on Tuesdays, Science Garage on Wednesdays, and Up To Speed on Thursdays.

“We have always wanted more opportunities to collaborate with other YouTubers, and partnering with Kia on Car Wars was the perfect opportunity,” Matt Levin, Donut Media’s cofounder and CEO, tells Tubefilter. “We picked creators who, first and foremost, we just really enjoy watching. Beyond that, we know our fans like automotive channels but like other types of channels as well, so we wanted to include tech, gaming, and comedy channels in Car Wars. We’re incredibly fortunate that we get to work with creators who have been inspirations for our own channel.”

This isn’t the first time Kia has partnered with Donut Media, but it is its most expansive partnership yet. Russell Wager, Kia’s head of marketing operations, says Donut is a good fit because “their high energy and creative approach to online content is engaging and has helped introduce the Kia brand to new and previously untapped audiences in a fun and unexpected way.”

You can watch the first episode of Car Wars below, and tune in to the second and third episodes here and here.

Be Sure To RSVP For Tubefilter’s 9th Annual VidCon Party, HDBeenDope to Perform Hit Single ‘Byrd’ And More