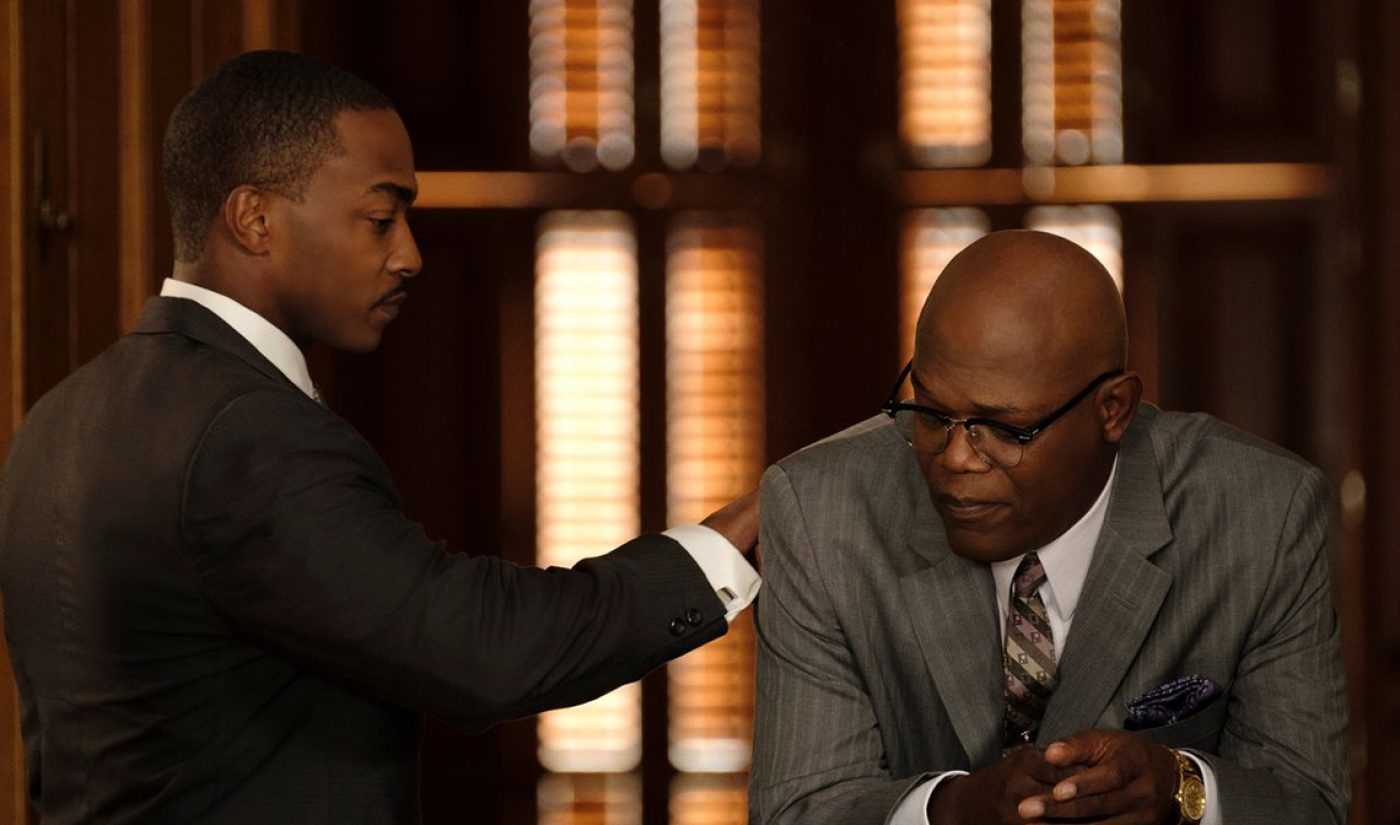 Apple has cancelled the film festival premiere of one of its nascent streaming service’s most notable projects following allegations against the son of the film’s real-life subject.

The Banker, starring well-known Hollywood actors Samuel L. Jackson, Anthony Mackie, and Nicholas Hoult, chronicles the true story of two black men, Bernard Garrett Sr. (Mackie) and Joe Morris (Jackson), who hired and trained a white man (Hoult) to be the face of their budding real estate company in the 1950s. The duo secretly grew the business to success while posing as its janitor and chauffeur.

Garrett’s son, Bernard Garrett Jr., was serving as a co-producer of the film, and was set to be part of its press tour alongside the stars after it premiered at AFI Film Festival tonight.

However, Apple has cancelled the film’s appearance at the festival following allegations from Garrett Jr.’s half-sisters, Cynthia and Sheila Garrett, who say he molested them over a period of several years in the 1970s, per The Hollywood Reporter. Cynthia also says the real-life timeline of events portrayed in The Banker was purposefully changed so it wouldn’t feature them or their mother, but could instead focus on Garrett Sr.’s relationship with his first wife, even though the couple separated prior to some of the film’s happenings.

The sisters told THR that her mother and Garrett Sr. were unaware of the abuse as it was happening, but Cynthia and Sheila informed them years later. The women’s mother believes and supports them, but Garrett Sr. “basically swept it under the rug,” Sheila said. “And when I got married, I told my father I did not want Bernard Jr. there, so my father didn’t come to my wedding.”

The allegations were sent to Apple last week by Cynthia’s lawyer, who reportedly has requested that the tech giant shelve the film altogether.

In a statement, Apple said, “We purchased The Banker earlier this year as we were moved by the film’s entertaining and educational story about social change and financial literacy. Last week some concerns surrounding the film were brought to our attention. We, along with the filmmakers, need some time to look into these matters and determine the best next steps.”

People familiar with the matter told THR that both Apple and the cast/crew of the film were unaware of allegations until last week. Producing studio Romulus Entertainment told the outlet it will change the film’s intro and description to say it’s “based on true events.” (There was no clarification provided, but presumably that will replace language that indicated the film is unequivocally a true story.)

The Banker was set to arrive in select theaters Dec. 6 before premiering on Apple TV+ in January. Apple intended to give it an awards push as well, per THR. It’s currently not clear how much Apple paid for the film or if Apple plans to move forward with releasing it in theaters or on its streaming service.