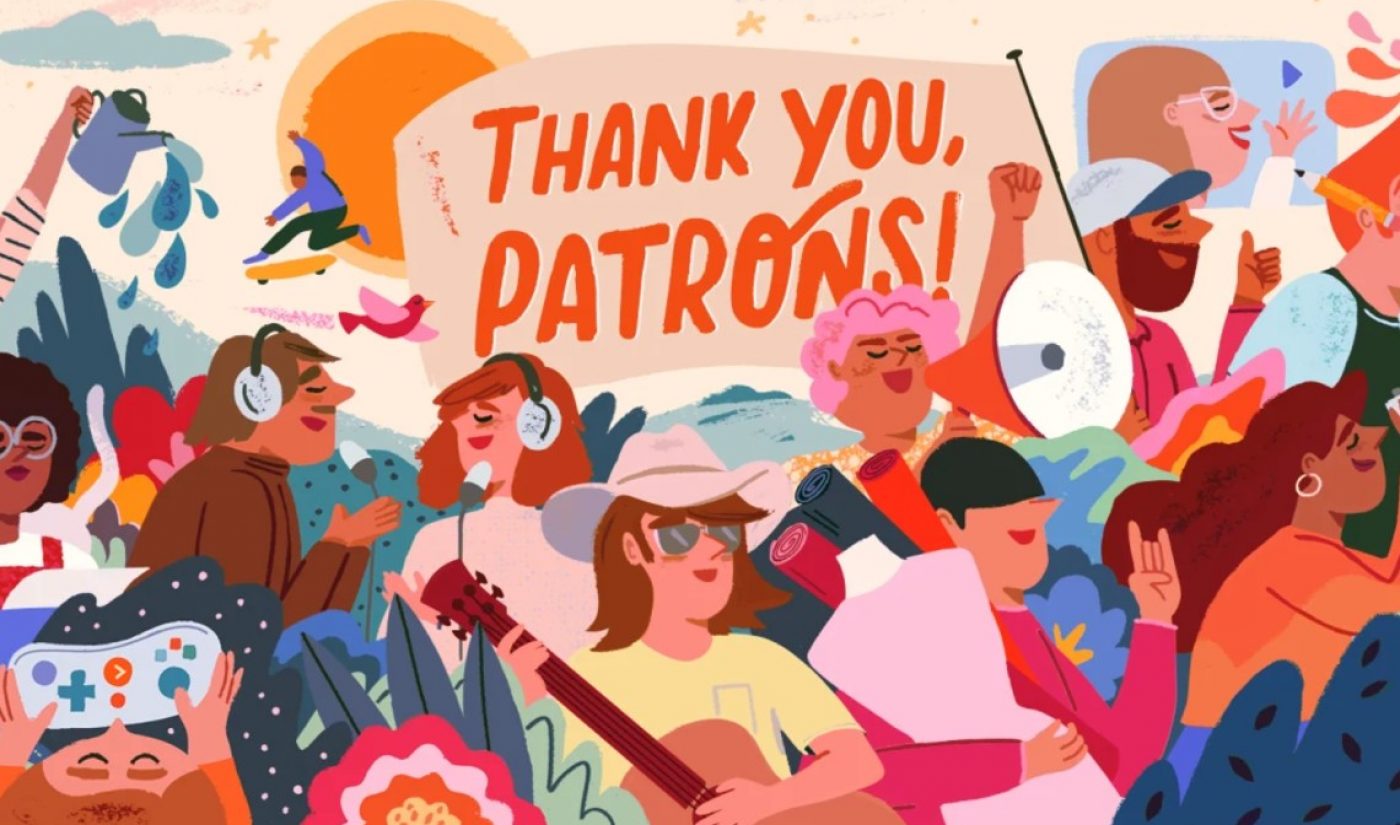 Patreon has surpassed some impressive milestones that will likely come as encouraging news to creators.

“There is a consumer mindset change that is happening,” Patreon’s SVP of product, Wyatt Jenkins, told Variety of the growing numbers. “Comfort with subscription revenue is obviously helping,”

Patreon confirmed the stats in a blog post, where it surmised that “the internet would have to watch 131.6 billion ads to make creators as much revenue. No one should have to go through that.” The company noted that this marks the third year that it is celebrating #ThankYouPatrons Day — an unofficial holiday and hashtag that is “dedicated to the people who are bringing the new creative economy to life,” Patreon says.

Amid these stats, Patreon is now setting its sights on international expansion, with a focus on Europe, Variety reports. Soon, Patreon will begin to localize its website abroad, and onboard up local payment processors. And the company has other platform-related developments in the works for domestic users, including enabling creators to offer separate web experiences for paying members and the general public, as well as specific support for different forms of media in 2020, including videos, podcasts, and other audio mediums.

Patreon has raised $165 million in funding to date. Last month, co-founder Jack Conte launched a new endowment that will give creators of any following size or location what amounts to a year’s salary so that they can solely focus on the act of creation.