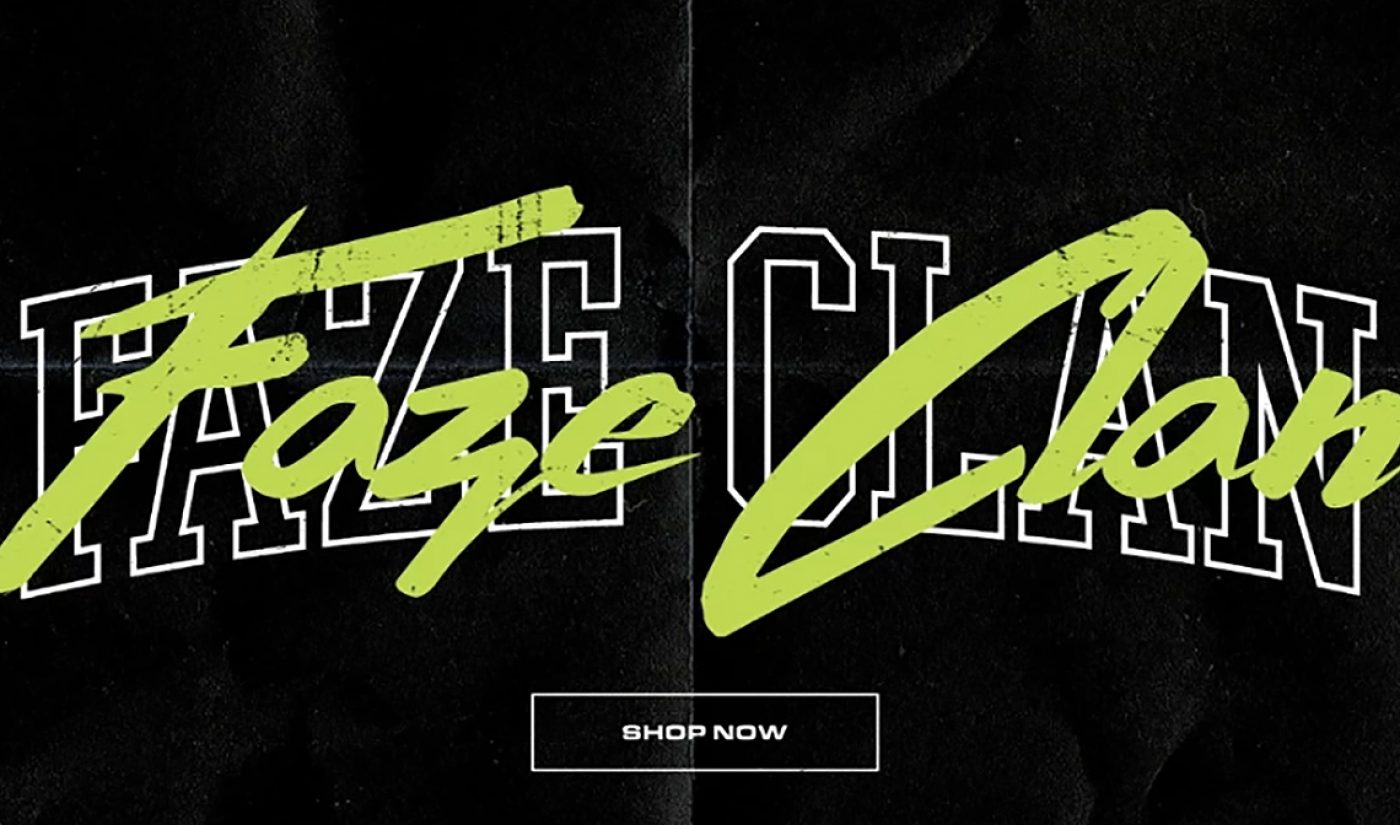 Esports and entertainment collective FaZe Clan is taking its business to a new playing field: retail. It’s opening a storefront on Melrose Ave., one of Los Angeles’ most prominent shopping destinations, as a core part of its plan to built itself into the Supreme of the gaming world.

FaZe Banks, fresh off receiving a lifetime ban and a large fine for causing $30K worth of damage to a ritzy Las Vegas hotel room, took to Twitter to tell fans the Nov. 16 grand opening is a “legendary moment for us, dream come true really.”

FaZe Clan has sold merch like hoodies ($68), T-shirts ($34), and replicas of its official esports team jersey ($70) on its website for years, but this is the first time those items — and possibly more — will be available in a permanent brick-and-mortar location. The organization has been building up to this moment by collaborating with established apparel brands like athleticwear brand Champion, headwear brand New Era (the official supplier of caps for Major League Baseball), and Japanese high-fashion line 24karats, per a recent business profile by The New York Times.

And then there’s Supreme, a brand almost impossible to miss if you’ve ever logged on to YouTube (or have been in New York City during one of its famous product drops). Originally launched as an apparel shop for skateboarders, Supreme has turned into a pricey (this monocolor fleece jacket is $228, this camo leather hoodie is $698, this small aluminum suitcase is $1,990) status symbol for self-monickered “hypebeasts.” FaZe Clan wants to do the same by converting its 34 creators’ combined 214M followers into fans who’ll snap up its apparel items simply because they’re made by the FaZe brand.

To accomplish that fan outreach, FaZe Clan is working on tweaking its all-dudes image. In July, it brought in its first female member, 14-year-old Fortnite master FaZe Ewok. And FaZe Banks, who told the NYT that he doesn’t want people to think FaZe Clan members are “shy, antisocial quote unquote weird kids that are out of shape, don’t play sports, don’t mess with girls, and don’t eat well,” also said he believes “everyone is a gamer.”

“You play games on your phone? You’re a gamer,” he said. “My mom who plays Farmville is a gamer. Sports is a gaming mentality. If you’ve ever played a sport, you’re a gamer.”

Going for broader appeal might also involve FaZe Clan’s new storefront doing something else that’d be a first for the organization: offering apparel made for women.

Nov. 16, FaZe Banks and other members of FaZe Clan plan to stop by the shop (at 7312 Melrose Ave.) for two hours, from 12 p.m. to 2 p.m., to help launch it. “I wanna shut sh-t down, I wanna see a ton of people there,” Banks said in his announcement video on Twitter. “This is a legendary moment, it’s one for the books for us. We never thought we’d be able to do this.”