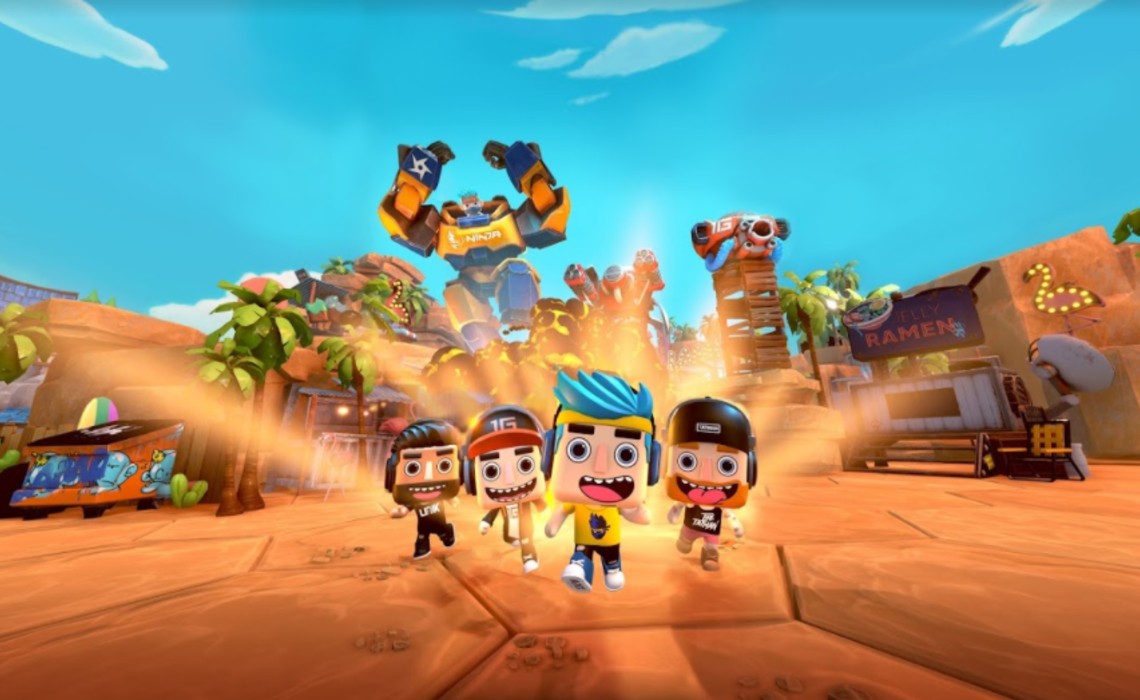 Ninja, TimTheTatman, Summit1G, Others Release ‘LAMO The Game’ On Steam

LAMO, a company that creates both physical and digital gaming products, is set to release today its new Windows PC title, LAMO The Game.

LAMO The Game was created in collaboration with — and features the animated likenesses of — five of the gaming space’s most popular streamers: Tyler ‘Ninja’ Blevins, Tim ‘TimtheTatman’ Betar, Jaryd ‘Summit1g’ Lazar, Michael ‘Shroud’ Grzesiek, and Saqib ‘LIRIK’ Zahib. Each of the creators has previously worked with LAMO to create collectible vinyl figures in their respective likenesses. The toys were first introduced by Blevins at the New York Toy Fair in February, and can be registered with a proprietary app that allows owners to keep track of their collections and unlock other content. Now, the digital iterations of the vinyl figures as stored in the app can battle it out in the just-launched PC game.

LAMO The Game, which is a free, multiplayer battle title, enables fans to brawl as their favorite streamer in an amusement park-like setting. Players can also outfit their characters with a suite of customized skins representing their personal tastes and interests. The goal is to outlast opponents and to be the last one standing — in solo or duo combat — by blasting away the map, constructing attack towers, capturing control points, and raining destruction from personalized vehicles.

You can check out a trailer for the game right here:

To promote the launch Blevins and Betar will play LAMO The Game on their respective streaming hubs beginning at noon today, followed by a stream with by Zahib and Lazar, kicking off at 6:30 pm ET. Fans can follow LAMO’s social channels to catch details about how they might be able to compete alongside their favorite gamers.

“We saw there was a true need for snackable gaming content and with LAMO, fans will now have a game to play in between the games and interact with the streamers they love across platforms,” LAMO CEO Lax Chandra said in a statement.

LAMO works with Wicked Cool Toys to manufacture the vinyls figures, which are available at GameStop, Target, Amazon, and Walmart. Additional vinyls and in-game avatars based on top streamers and pop culture icons will roll out in coming months, the company says. LAMO also collaborated with gaming talent management firm Loaded — which reps the aforementioned influencers — to develop the game.