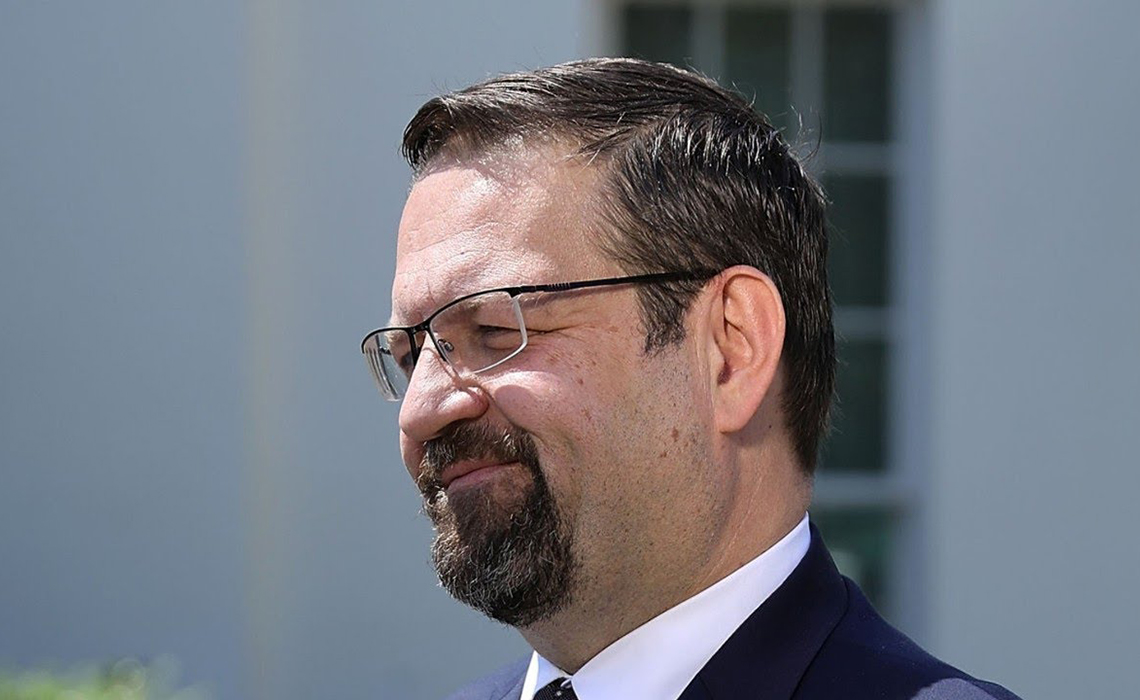 YouTube has a key role in the music industry’s latest beef with President Donald Trump and his associates.

Military and intelligence analyst Sebastian Gorka, who in 2017 served a brief stint as the Trump administration’s deputy assistant to the president, has had nearly all the videos stripped from his YouTube account following multiple copyright strikes.

Gorka was using his YouTube channel as a repository for episodes of his radio show, America First, uploading them to the platform after they aired. Like Trump himself, Gorka is apparently a fan of using popular music in his productions — in this case, songs from rock band Imagine Dragons. The band’s lead singer, Dan Reynolds, began publicly requesting that Gorka stop using his music in August.

In late October, Reynolds provided an update on the situation, tweeting that Imagine Dragons’ publishing company, Universal Music Publishing Group, had flagged 42 offending videos. Reynolds noted in his tweet that the flagged videos had been removed — likely by Gorka, as uploaders can voluntarily remove videos containing copyrighted content (and, by doing so, avoid getting a copyright strike) — but also said that Gorka was continuing to upload new videos with Imagine Dragons’ music in them.

Now, nearly two weeks and an unknown number of copyright-violating videos later, YouTube appears to have hit the limit of its patience with Gorka. Or…perhaps not?

The situation is currently unclear, as YouTube has issued a statement to multiple outlets confirming it terminated Gorka’s account for repeated copyright violations. But Gorka’s channel still appears to be present and operational; it’s simply been stripped of the offending videos, leaving it with just five uploads, all put up within the last 18 hours.

At this time, we’re not sure whether Gorka himself pulled all of the channel’s videos down, or YouTube did. Tubefilter has reached out to YouTube for clarification about whether or not Gorka is actually banned. We also asked, if he is banned, whether that ban is (à la fellow far-right radio show host Alex Jones) permanent, or if Gorka (à la other fellow far-right commentator Steven Crowder) could have or already has had his channel reinstated with the policy-violating videos are gone.

As mentioned above, this is not the first time Trump and his supporters have faced backlash for using music without creators’ permission. Many musicians and bands, including Queen, Elton John, Steven Tyler, Rihanna, Adele, Guns N’ Roses, Pharrell Williams, Neil Young, and The Rolling Stones, have all gotten — to be frank — pretty pissed off about Trump using their music.

Most recently, Trump crossed late icon Prince, whose estate went after him for playing the hit “Purple Rain” during a campaign rally in Minneapolis. Parts of the rally recording, uploaded to Twitch and YouTube, had sound removed because they contained Prince’s copyrighted content.

Creators Say Competition Would Force YouTube To Be Better — But Right Now, There Are No Competitors