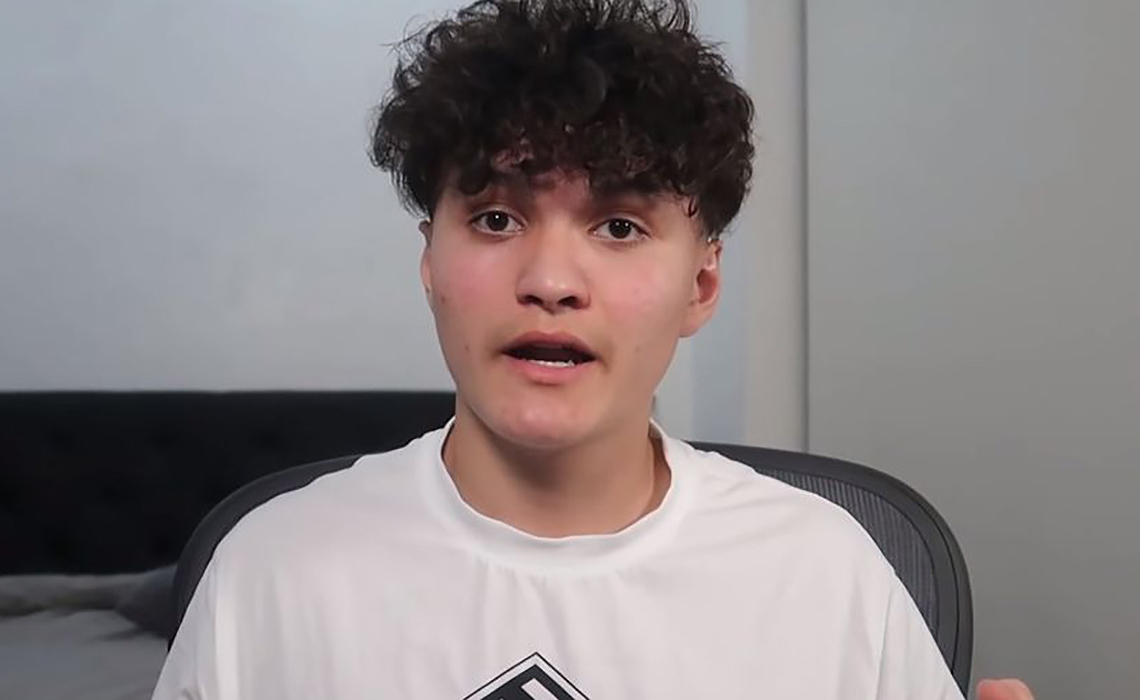 Streamer and FaZe Clan member Jarvis Kaye (aka FaZe Jarvis) has been banned from Fortnite for life after uploading YouTube videos where he played matches of the battle royale game while using a popular type of cheat called an aimbot.

Aimbots make players virtually invincible, modding all their weapons so every single shot they fire at a target is an instant, high-damage headshot. In one of the now-deleted videos, 17-year-old Kaye booted up a fresh Fortnite account not tied to his main profile, and announced that he was going to play with an aimbot.

“I heard that when you make a new account and use aimbot, you’ll get banned really easily, ’cause your aim’s so good in your first game,” he explained to viewers. “So we’re just gonna play a game or two without aimbot.”

Once he’d played a handful of non-cheating games in an attempt to fool Fortnite’s systems, he enabled the aimbot software. While it was running, he ultimately seemed to be out to test the limits of the cheat, taking long-odds potshots at distant players from up on mountaintops and inviting friends in to try their hands at hitting targets (who, again, were other players in live matches) with the bot’s help.

And, according to Fortnite’s developer Epic Games, none of what he did was OK. This week, the publisher hit Kaye with a lifetime ban, citing a “zero tolerance policy for the usage of cheat software.”

Unlike a casual player, for whom a ban could result in a loss of fun but not much else, Kaye’s ban will have an immediate impact on all his sources of income. He’s a professional Fortnite player for FaZe Clan, and being banned means he can no longer play in professional tournaments; he’s already dropped out of this coming weekend’s Simon Cup, which offers a grand prize of $50,000. As for YouTube, he brings in around 30M views per month on the platform, where he has 2.03M subscribers, and where the vast, vast majority of his videos involve Fortnite gameplay. He ostensibly could get around the ban by making a new account, but even if he successfully accomplished that and used it to play, he still couldn’t upload gameplay to his channel without Epic finding out.

Kaye appears to know what a dire situation he’s gotten himself into. His newest YouTube upload is a tearful apology, where he tells viewers he’s sorry and says that “it didn’t even cross my mind to think I could be banned for life on Fortnite for those videos.” He adds that he should’ve known better, per the game’s terms of service and community rules (which ban the use of all cheats in all situations, bar none).

Kaye has also tweeted about his ban:

I’m going to take accountability for my actions and I understand completely why this has happened, I just wish I had known how severe the consequences were at the time and I would have never thought about doing it. I love all of you who still support me, this is not the end.

As Engadget points out, some esports pros and internet denizens alike are speaking up in defense of Kaye (the hashtag #FreeJarvis is currently trending on Twitter), pointing out past situations where more serious instances of cheating resulted in short-term bans rather than lifetime ones. Perhaps the most infamous of those incidents involved pro players Xxif and Ronaldo, who were caught cheating during the qualifying rounds of a tournament with a $30 million prize. Epic banned them for two weeks, then let them come back and, shortly after, qualify for the next Fortnite World Cup, which Epic itself operates, and during which it dishes out at least $50,000 in prize money to each qualifying player.