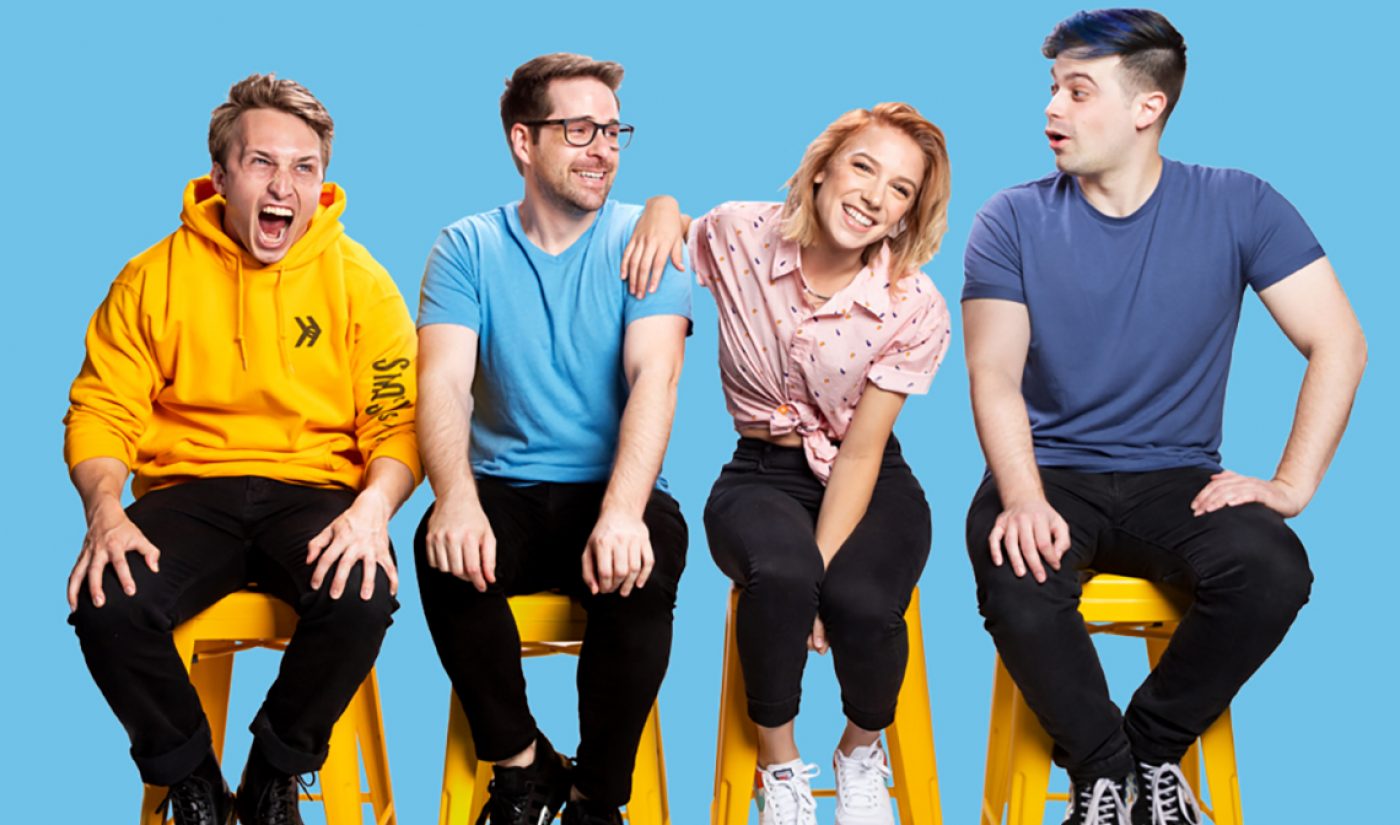 For the first time in its nearly two decades of life, Smosh is going on tour.

The entertainment company, co-founded by best friends Ian Hecox and Anthony Padilla in 2002, is taking its popular YouTube series Try Not to Laugh on a five-city, six-day tour in Feb. 2020. Members Hecox, Courtney Miller, Damien Haas, and Shayne Topp will travel to Seattle, Portland, Sacramento, San Diego, and Pheonix, per Variety. (Padilla departed the group in June 2017).

Smosh (which has 25M subscribers on its main YouTube channel, and millions more on subsidiary channels) is known for producing loads of comedic content. With Try Not to Laugh, the game is simple. One participant sits alone in a room with a mouthful of water. Other participants come in, usually one at a time, with a variety of props, and perform funny improv bits. They claim victory if the hot seat participant/victim laughs hard enough to spit out the water. The series is 32 episodes long and has guest starred prominent YouTubers like the Try Guys and Rhett and Link (who own Mythical Entertainment, the company that acquired Smosh after former owner Defy Media combusted late last year).

Each 90-minute stop will feature bits like Hecox and Haas rating local foods, Miller making fun of Topp’s dating history, and new group songs, as well as a finale where audience members will occupy the hot seat in rounds of Try Not to Laugh.

The group’s tour is a limited event, organized by representing agency UTA. Hecox told Variety it’s a test run, and that “if people respond, we’ll come back with something even bigger.”

Beginning this Wednesday, Oct. 30, Smosh is running a two-day ticket presale exclusive to its newsletter subscribers. General sales open up Nov. 1. During both presale and general sale, tickets will cost $35 to $55, with prices differing depending on venue. Smosh is also offering a limited number of meet-and-greet VIP packages for the price of a ticket, plus $100. Hecox said the venues Smosh has booked seat between 500 and 800 people, with the idea to “keep it reasonable for our first outing.”

You can see more information about tickets here.