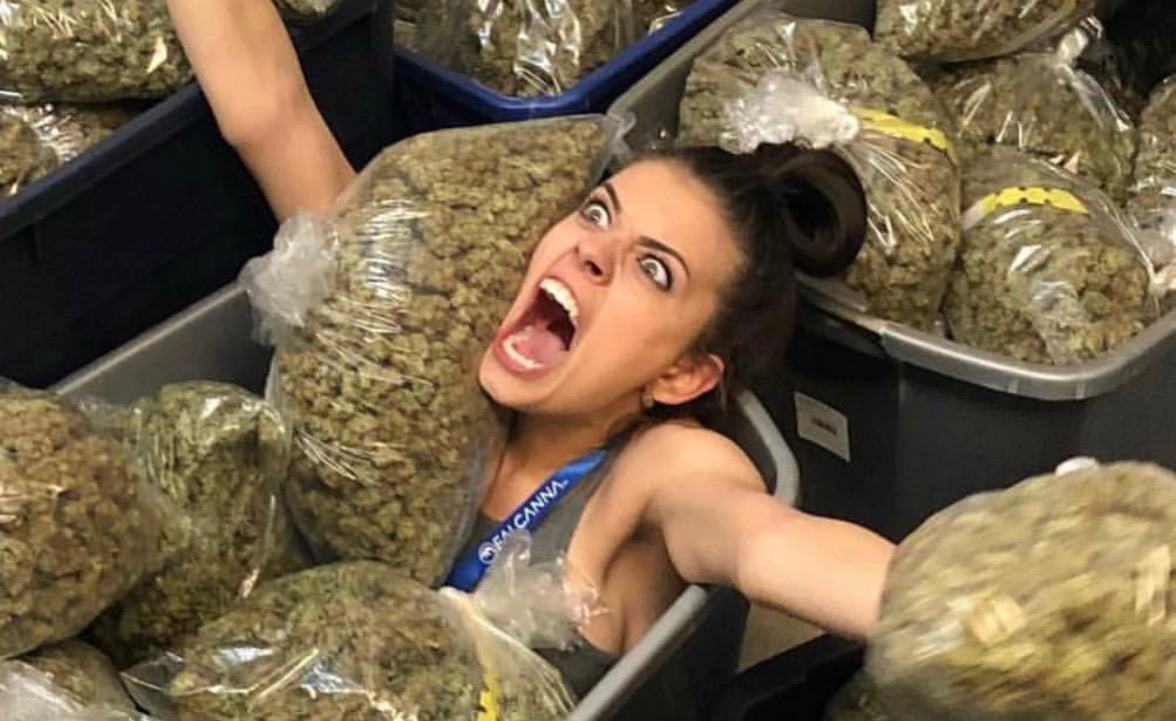 What if a health crisis was brewing that hit young people in particular, yet none of the social-media platforms that depend on that audience would allow influencers to talk about it?

That’s pretty much what’s happening right now in the world of vaping. People are dying, says Instagram influencer Koala Puffs (she goes by Koala Puffss there, because her original two-year-old account was shut down; she uses variants of the shorter version on other platforms), but it can be risky to talk about the issue on social media.

While Puffs tries to help public-health organizations and activists get the word out about what’s safe, the social-media sites are mostly busy taking down any kind of conversations about cannabis on their platforms.

“Social media will not allow our videos to say, ‘Hey, this is how you can tell your (product is) not good, and here’s how you can tell that it’s not quality,” said Puffs. “Because as soon as you say certain keywords, they just remove your post or your account altogether.”

Yet, in September, the federal Centers for Disease Control warned that five people had died from lung infections tied to vaping nicotine or THC, the active ingredient in cannabis. Within a month after that initial warning, CBS reported the number had swelled to 27 dead in 22 states, with another 1,300 suffering lung injuries.

At least part of the problem has been blamed on copycat THC vaping products that use contaminated ingredients. Those cartridges typically re-use the packaging from legitimate products, fooling bargain hunters who don’t realize they may be buying dangerous fakes. One “tell,” according to Puffs: if it doesn’t have a tamper-proof seal, it’s a fake, and possibly dangerous.

The grim statistics are further confused by a separate spike in health problems related to vaping nicotine, tobacco’s deeply addictive and poisonous active ingredient. Controversy over health issues and kid-friendly marketing led to the sudden resignation by the CEO of market leader Juul, a freeze on the company’s U.S. marketing, and dropping of numerous flavored versions of Juul nicotine cartridges.

It’s a big issue, and not likely to be solved soon. But don’t count on getting the word out about the problem through social media. The content-control algorithms of the major platforms are busily scrubbing out references to anything related to cannabis at a crucial time, said Puffs.

“A lot of people are not educated on how this is happening and where the cartridges are coming from, or what kind of cartridges to smoke versus not smoke, and how to tell if your cartridges are bad,” said Puffs. “That’s information that we’re having a really hard time educating people on because we’re being censored by pretty much everyone.”

The platforms certainly have the right (despite complaints by conservatives about alleged censorship) to allow whatever material they’d like on their platforms. And they are struggling mightily to keep truly awful stuff off their platforms, from child pornography to overseas election hackers to white supremacists.

Facebook alone has hired thousands of content reviews, on top of artificial-intelligence tools that automatically review and block problematic material based on keywords and other triggers.

Despite spending billions on the issue, however, Facebook and other platforms keep getting dinged for their ham-handed work, which may block out legitimate, seemingly unobjectionable posts while letting through some  bad stuff.

It’s an never-ending battle, no doubt. The work even sends some of those content reviewers to therapy with PTSD-like symptoms after spending months looking at some of the worst of humankind.

But we have a serious health issue here, and it doesn’t seem like the services are getting more finely tuned in their screening processes. If anything, Puffs said, the cannabis-content crackdown appears to have accelerated.

“I would say in the past like two or three weeks, it’s kind of been getting slagged off,” Puffs said. “I’m noticing this (happening) to a lot of other different accounts as well, that a lot of their stories and feed posts are getting taken down. And some of the comments are going down, as well.”

Of course, talking about cannabis is complicated even for legal providers, which have major restrictions on their marketing and much else. But more than half the states in the United States allow some form of legal marijuana, even as it remains illegal at the federal level. Tobacco is legal in all 50 states, but tightly, tightly regulated on its marketing and other practices.

Meanwhile, Puffs has made like a thoroughly modern influencer, and come out with her own line of merchandise, in this case a line of CBD-infused edible gummies. CBD is the non-psychoactive major component of marijuana plants, and legal in all 50 states. But she can’t put CBD in the product’s name because it too will get bounced or blocked. Instead, she calls the product line Hemp Koala.

And expect Puffs to keep puffing along. She sings the health benefits of (legal) consumption that helped her regain the appetite she lost as a teen, while allowing her to focus and do more than just her social-media projects.

She and a Rhode Island influencer, Silent Hippy, organized a bi-coastal beach cleanup this past weekend that flowered into community cleanups in 15 cities.. When the messages get through, they can be gloriously good not just for her followers, but for her own self esteem too.

“I’ve always felt out of place,” said Puffs, who was born in Ukraine and moved around multiple times after moving to the United States at 11. “But I’m here helping somebody else. And it’s the right result. (I can tell from) the amount of messages that I get from people who are going through dark times or said they were thinking about committing suicide, and they don’t want to do that anymore because I kept pushing.”