Insights: Doing Business In China Vexes Companies That Depend On Creators — And Creators Themselves 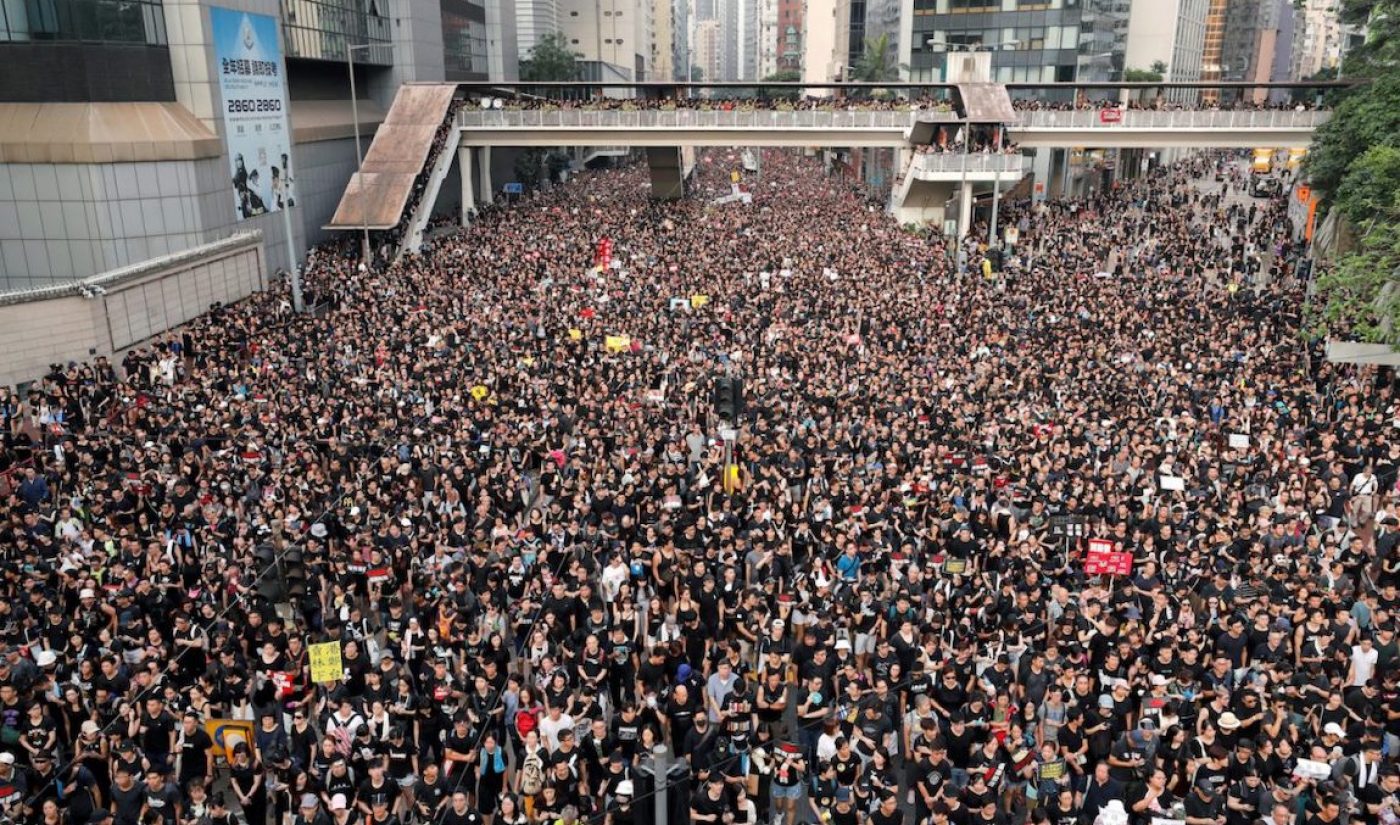 Turns out doing business in China is hard. And it’s getting really hard for Western companies that a) want to make billions of dollars in the alluring Chinese market and b) rely on high-profile creative talent to do so. It’s gotten particularly complicated because all that talent keeps having its own opinions on issues like … horrendous political and religious repression.

Such opinions are harshing on the business climate, and it doesn’t look like this trend is going to stop anytime soon. Companies keep wanting to pursue Item A, and keep seeing employees under Item B making corporate life more complicated. But for creators, this will come down to a couple of crucial questions — namely, which side are you on, and is this the hill you want to die on?

It’s all coming at a particularly sensitive time for China. The nation’s formerly booming economy has flattened — a problem when you have 1.4 billion mouths to employ and feed. And minority ethnic and religious groups like the Buddhist Tibetans, Muslim Uighurs, and Falun Gong supporters keep wanting the autonomy to live their lives as they see fit. Of course, most notable of all, the citizens of Hong Kong – one of the world’s most dynamic business centers and at least theoretically autonomous while still within China borders – keep putting on big, noisy, disruptive protests. Seems they don’t want to be under Chinese control any more than the Tibetans, Uighurs or Falun Gong supporters.

The Hong Kong protests have attracted a fair amount of international sympathy, most recently when the general manager of the NBA‘s Houston Rockets, Daryl Morey, Tweeted (and soon deleted, but not soon enough) in support of the protesters. The Chinese Basketball Association (CBA) suspended all cooperation with the Rockets, and government-controlled media criticized Morey for his “erroneous comments,” which were, “Fight for Freedom. Stand with Hong Kong.”

This though the Rockets have been one of China’s most popular NBA franchises — thanks originally to the now-retired Yao Ming, who played his pro career with the Rockets. At 7’5″, the former all-star center remains — literally — the biggest sports star in China. And the NBA has become very big in China, too, signing a $1.5 billion deal with Tencent Sports to stream its games there. But that Tweet sent China into a tizzy. Tencent dropped all Rockets games and team news coverage. Other NBA teams’ pre-season exhibitions in China were given their own sometimes-icy reception in the media.

The resulting diplomacy (or non-diplomacy) via Tweets and press releases has been anything but edifying. League officials, coaches, and players all chimed in, then quickly regretted doing so. Regardless of the position they took, tidal waves of criticism washed in on social media, leading to retracted or “clarified” statements, and more generally a messy roundelay of bending over and backpedaling.

If basketball were the only business where all this mess had erupted, it would be a fascinating — if limited — study in the perils of doing big deals with a repressive, nationalistic, and hypersensitive foreign government. But, in fact, it’s just been the beginning of this particular object lesson. Among the recent headlines around this metastasizing mess:

Keeping track of all these messes, which are kind of related, is overwhelming. And think what it’s like for brands and brand managers. They’ve been told for some time now that today’s young customers expect companies to take a stand on important issues. I know, because I’ve been doing some of the telling. That’s a complicated line to walk for companies that sell stuff, like Nike. And for content companies like Viacom, Comcast, and Disney (the respective owners of of Comedy Central, DreamWorks, and ESPN) — as well as Apple, Activision, and Google — it’s about to get a bit crazy, I think.

That’s because they all rely on creative talent who are known to take maverick, noisy stands in favor of the causes that matter to them. With social media, personal video, and so much else, these creators reach large audiences of intensely engaged fans. Now, companies are about to lurch into an era where the creative talent so important to their creative output may get in the way of their bigger corporate priorities.

It’s going to be a challenge for talent, too, as some of the NBA’s biggest stars have been finding out lately. If you’re going to work with China (or Russia, or Turkey, or Syria, for instance) and with creative talent, you better figure out which hill you want to die on. Because you may end up dying a lot in this hyper-mediated, hyper-critical age.