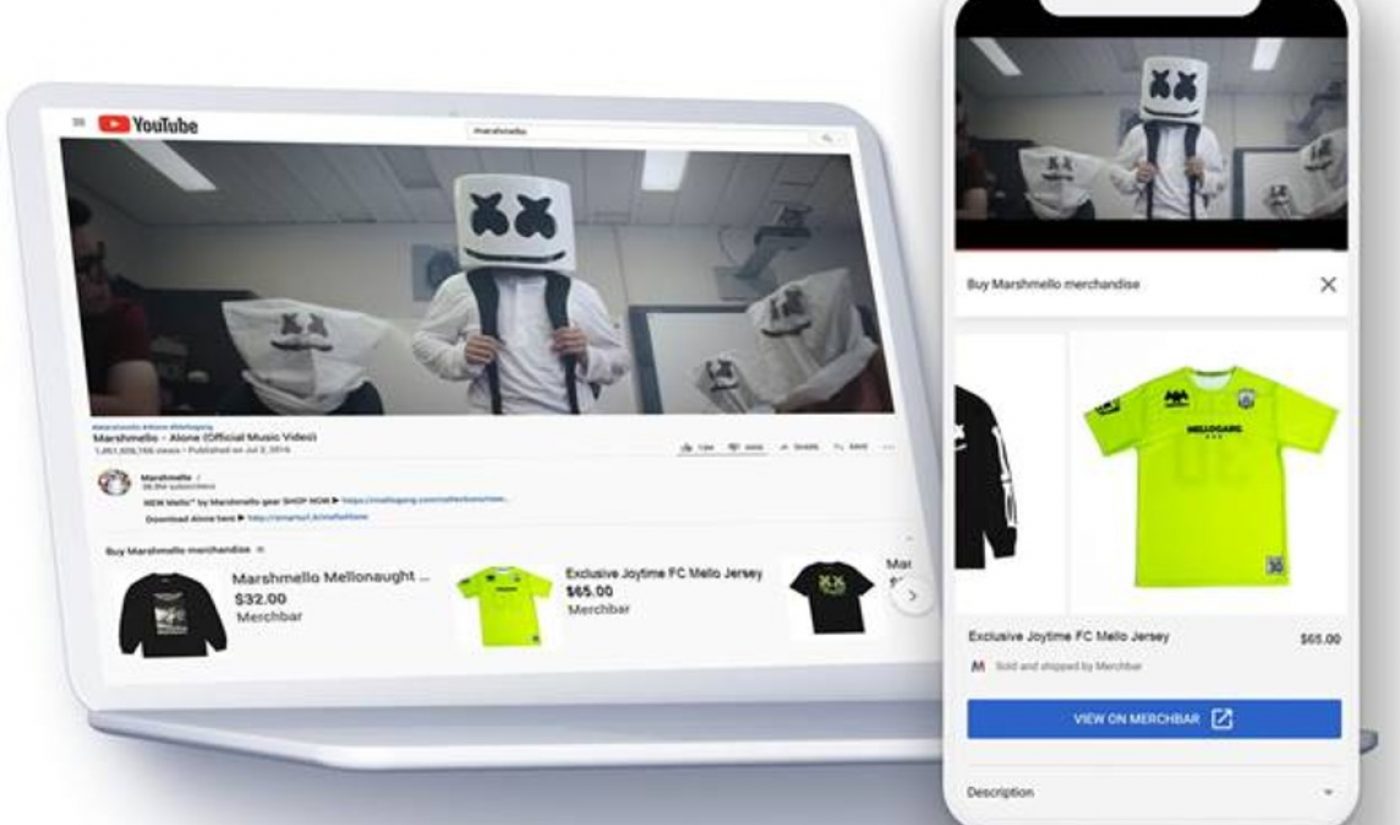 YouTube is linking up with MerchBar — an ecommerce company that vends 1 million items of official merch and vinyl for upwards of 35,000 musicians — in a bid to increase sales for artists.

Now, all musicians with Official Artist Channels on YouTube can sell merch and vinyl below their videos — with placement on both mobile and desktop devices. In order to inaugurate the new partnership, Marshmello — a masked DJ with a particularly fervent YouTube following — has created a jersey that will exclusively be sold on MerchBar via YouTube. (In order to be eligible for an Official Artist Channel, which brings together all of the content from different channels into a single hub, musicians must have three official music videos on YouTube delivered from a music distribution partner).

In a blog post, YouTube said that the MerchBar pact marks the latest way that it’s looking to increase value for musicians. The company operates similar pacts with Eventbrite and AXS to integrate upcoming concert information and global ticket sales alongside videos. YouTube also works with TeeSpring on a similar merch-selling integration called Merch Shelves that aren’t exclusive to verified music channels.

In order to launch a MerchBar shelf on YouTube, artists must operate an Official Artist Channel and a Merchbar store with U.S. fulfillment enabled, YouTube noted in a blog post. The feature, which can be enabled in YouTube Studio, is initially launching in the U.S. but will expand internationally “in the near future,” YouTube said.