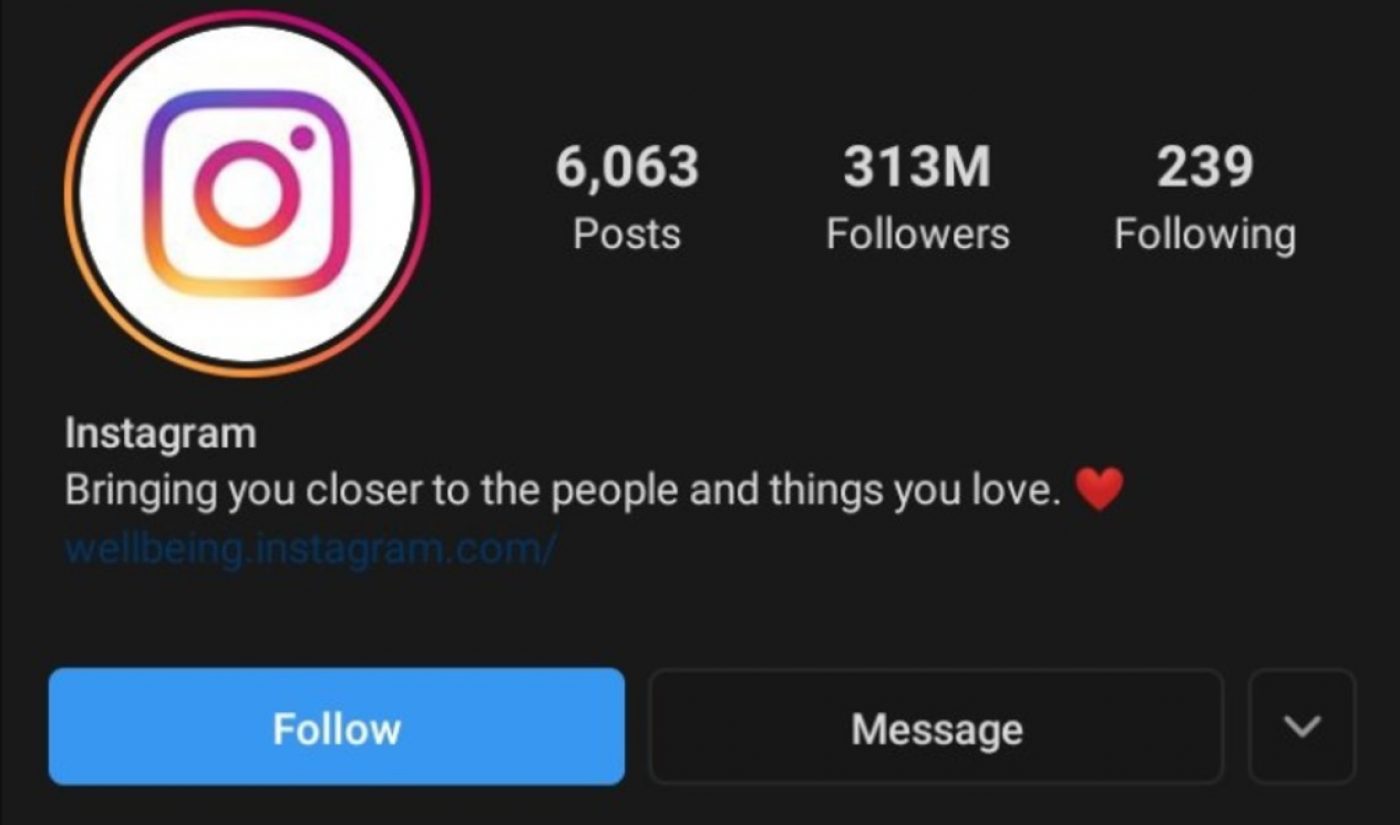 Instagram has gone the way of many platforms before it to launch, today, a ‘dark mode’, which is rolling out now on both its Apple and Android apps.

When enabled, dark mode — which, at its core, features a black and grey background instead of a white one — aims to make the app easier on viewers’ eyes during nighttime scrolling, and also helps with the preservation of battery life. The feature is currently available on iOS 13 and Android 10, The Next Web reports, and marks an extension of the system-wide dark mode that rolled out with Apple’s most recent mobile operating system.

To turn on dark mode, users must enable it within the settings of either iOS or Android, as the Instagram app itself does not yet have a native switch. You can see what the update looks like, courtesy of a photo by Twitter user Lil Cutee, above. Instagram head Adam Mosseri also confirmed the rollout yesterday on Twitter.