Creators On The Rise: Sebastian Bails Is Turning Mean Memes About His Face Into Viral Stardom 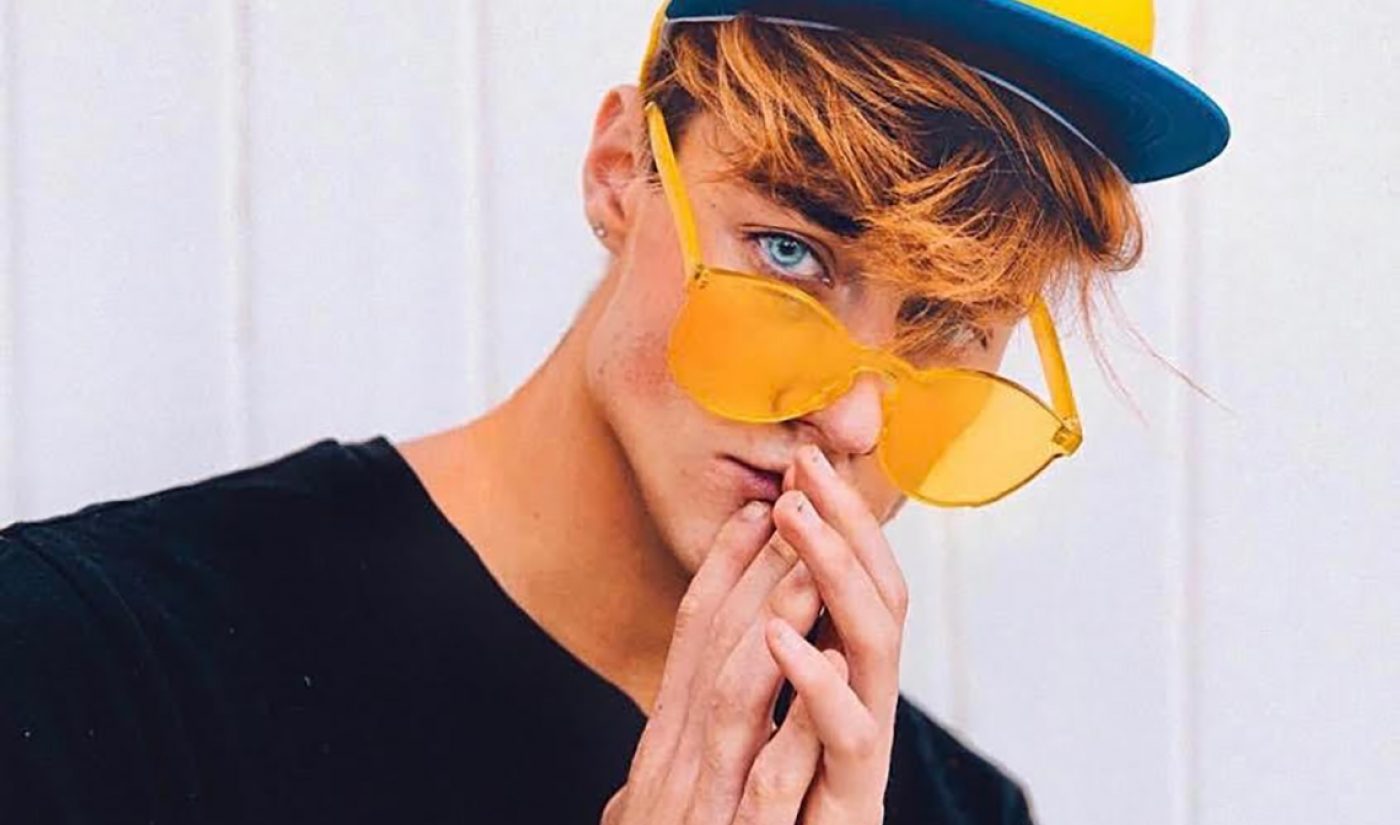 Welcome to Creators on the Rise, where in partnership with Collab, we feature up-and-coming creators whose content is beginning to flourish. Each week, we’ll chat with a creator about why they started making content, what caused their recent explosion of growth, and how they intend to keep that momentum going as they continue to build their audience, their channel, and their careers.

Sebastian Bails is making an online video ascendance by embracing the memes.

The 19-year-old’s first and foremost social media love is YouTube, but like an increasing number of Gen Z’ers, he’s also on TikTok, the 500 million-users-strong shortform video app that’s taken the U.S. by storm after first growing popular in China and Japan.

Bails got his start on YouTube four years ago, before TikTok was a glimmer in teens’ eyes, but over the past nine months, his popularity on both platforms has risen in tandem, pushing him to more than 600K subscribers on YouTube and a whopping 7.4 million followers on shortform video app TikTok, where his videos have brought 112 million views over the past 28 days. (As for YouTube, this time last year, Bails was bringing in less than 5 million views per month; now, he’s bringing in 35 million per month.) And — aside from Bails’ hard work, including entirely revamping his YouTube channel last year — there’s one reason for that climb.

Not memes Bails made, but memes about him. Bails freely admits he’s got a signature look, and that look involves lots of makeup and self-tanning that leaves him with a certain orange tinge. He wears full-face coverage with foundation that’s several shades tanner than his natural skin color, and as soon as he started to gather an audience, people noticed. Memes poking fun at his appearance — some good-natured and some not so — started popping up, and while they weren’t always easy to deal with emotionally, Bails says that when they went viral, they grew his audience, bringing more and more people who were curious about him, and who ended up sticking around when they liked his content.

For Bails, making content, especially YouTube content, is like being the director, cameraman, and star of his very own TV show. And, like all TV shows, his content (while it’s usually full of trendy challenges and prank videos with his girlfriend) sometimes has serious moments. This past May, Bails made an unusually heavy video, in which he, for the first time, stripped off all his signature makeup on camera, and revealed the reason he wears it: like many teens, he has acne. It’s a huge point of self-consciousness for him, but it’s also something he’s become more and more comfortable talking about honestly to his fans. (For example, he followed up that video with one showing a full rundown of his daily makeup routine.)

With his multiplatform following growing, it’s inevitable that Bails has not only had to deal with viral memes about his looks, but also viral stealing of his content. His TikToks are frequent targets for montage-makers, who download a number of videos, then sew them together and upload them to YouTube as one video. In January, Bails started working with talent network and entertainment studio Collab for digital rights management and promotional services, and since then, Collab has helped him reclaim monetization on stolen content.

With Collab handling that side of things, Bails focuses on what he loves most: making more content.

Tubefilter: So first, tell us a little about you! Where are you from? What else do you get up to in your daily life, aside from YouTube?

Sebastian Bails: To first start off, I’m 19 years old and definitely not your average teen. I’m from the small beach town of Ventura. You would think if I lived on the beach that I would like the beach, but I actually dislike going to the beach. Just something about the sand and water…it’s just not it for me. If I’m not spending my day making content, then I’m sure you will see me working on other projects or shopping. Working and shopping have now become kind of addictions, but I’d like to say that I’m a workaholic. I can’t go a day without doing something, or it just feels wrong.

SB: I started my YouTube channel four years ago, making the weirdest content that nobody really watched. Trust me, all those embarrassing videos are now private. It wasn’t till about nine months ago that I started making videos consistently. I chose YouTube because it’s the only place to create a family/community that can also host videos that are hours long. I have a passion for directing and acting, and I feel like YouTube is the only place to really have your own TV show all from the comfort of your own home.

SB: So for the longest time, I watched other YouTubers make videos. It definitely was something I dreamed about doing! So, over time, I finally got up the confidence to do it myself.

Tubefilter: Did you come into YouTube with a content strategy and an intended audience, or have you figured it out along the way?

SB: I came into starting YouTube not with an intended strategy, but with an intended audience. Due to all the memes going viral about me, I knew who was watching me, and from there on out, I figured out my strategy and what content needed to continue happening.

Tubefilter: How did you find your audience? Did you have something that caused a big boom in terms of audience growth, or has your growth been more gradual?

SB: Memes about the color of my skin and my makeup surfaced on the internet like wildfire, and they essentially pushed my YouTube videos in the beginning. Definitely don’t owe everything to that, and it wasn’t easy, but that’s how it all got started.

Tubefilter: What do you hope people take away from your content? What are you doing to make your content stand out in a sea of billions of videos?

SB: At the end of the day, all I truly care about is if I made your day better. I just want to make someone smile, or at least make them a little happy in the moment. I try to incorporate a sense of production value in every video. I make sure every second is worth it, and that’s what makes me different.

Tubefilter: Are there any creators who inspire you? Any creators you’d like to be as big as?

SB: Most definitely tons of creators who inspire me. But my number one favorite YouTuber of all time would have to be Shane Dawson! I love his videos, and it would literally be a dream just to make one video with him.

Tubefilter: What plans do you have for the future? Where do you hope you and your channel will be a year from now?

SB: My best future plans are currently in the works, and I don’t wanna give anything away, so you will just have to wait and see. It would be amazing to have well over one million TeamBails subscribers in a year. TeamBails goes hard, so I know we will do it!

Collab is an independent digital entertainment studio dedicated to helping creators build careers doing what they love. Launched in 2012, Collab has amassed one of the largest cross-platform content networks in the world, working with and supporting the top talent across YouTube, Instagram, Facebook, TikTok and Twitch. In September 2018, Comscore began tracking Collab and immediately recognized it as a top 10 YouTube partner in the U.S. Collab content currently generates over eight billion views per month.

As one of the global leaders in Digital Rights Management (DRM) and a pioneer in short-form video DRM, Collab works with top content companies like Vin Di Bona Productions, as well as independent content creators and rightsholders, to maximize content owner revenue and protect content rights.

In 2019, Collab announced the launch of their ad sales group, expanding their ability to increase creators’ revenue and partner with brands. At Collab, weirdos are welcome, creators come first, and “funemployment” is promoted.