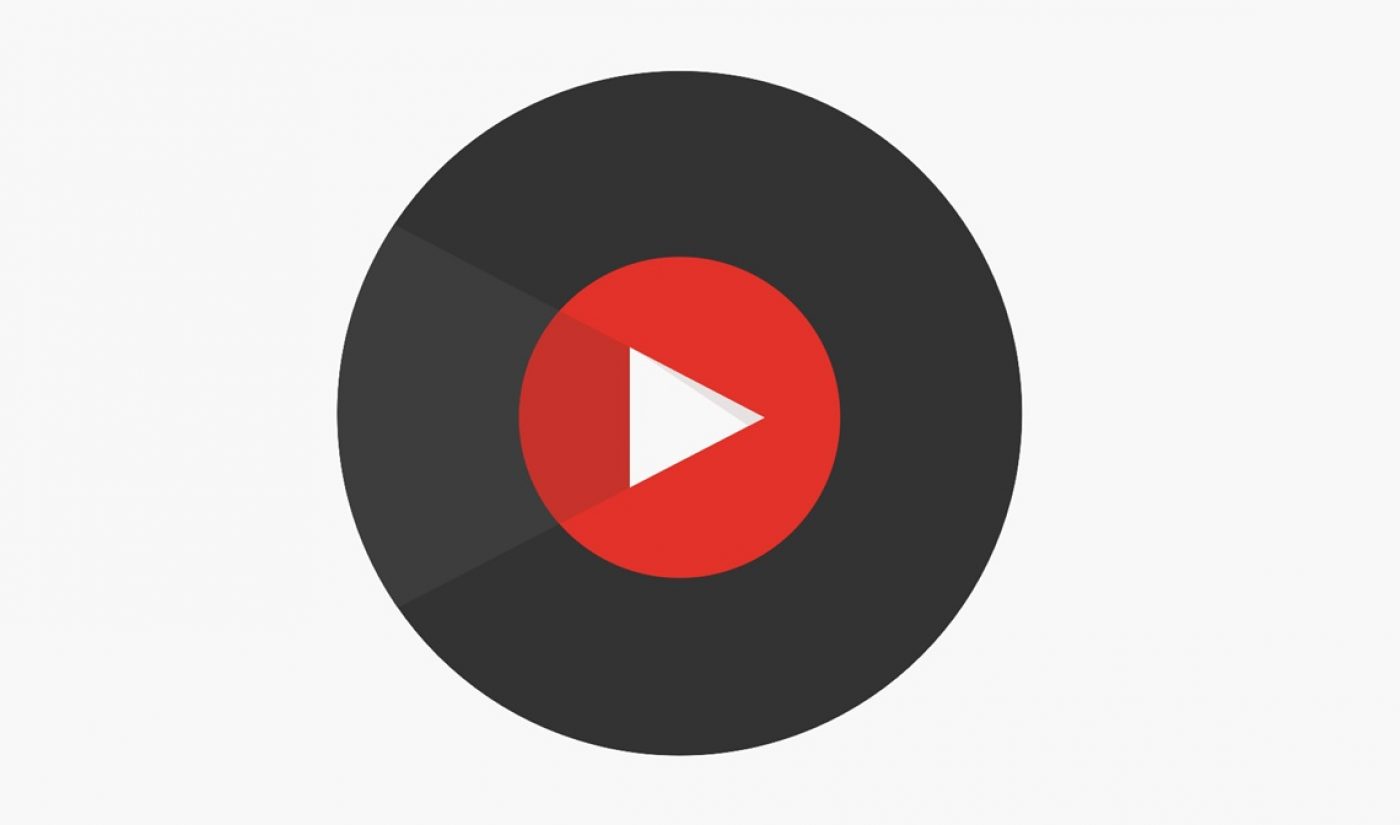 YouTube Music has rolled out a weekly feature called Discover Mix, which recommends users a crop of likely-new-to-them songs based on their listening history.

YouTube’s feature, called Discover Mix, offers nearly double that number of songs: 49 each Wednesday. The playlist appears in users’ main YouTube Music page, and is under the section called ‘Mixed for you.’ It promises users it’ll help them “discover great music, picked just for you.”

Discover Mix, while still curating based on individual users’ interests, also has a broad inclination to recommend songs that weren’t necessarily released recently, but are “evergreen,” 9to5Google reports. (It makes sense that Discover Mix wouldn’t focus on new tunes, considering YouTube Music just introduced a feature called Released, which is specifically for roundups of recently-dropped music users might be interested in.) Discover Mix is also inclined to recommend artists users haven’t listened to.

One reviewer on Reddit who explored the new feature said that of the first 49 songs they were recommended, they ended up “‘liking’ and adding 32 of them to my library” — 65% of the total playlist. 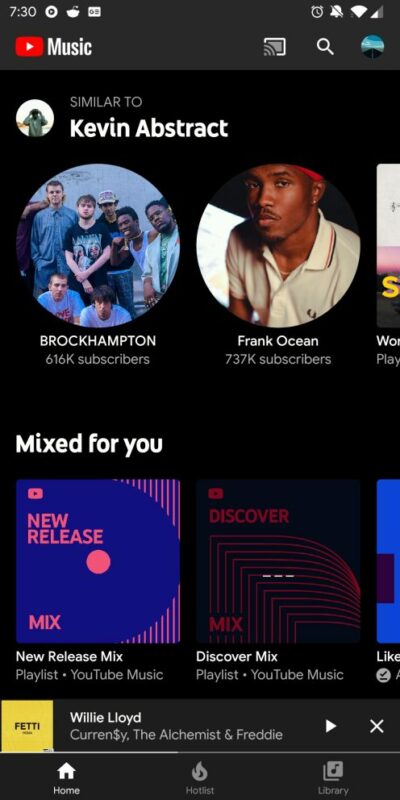 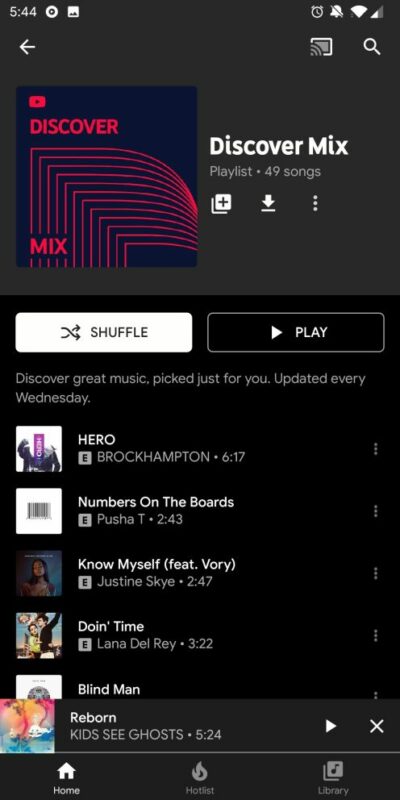 Over the past year, YouTube has been pouring a noticeable amount of development into and debuting new Music features, including the aforementioned new playlists and things like seamless switching between a song and its music video.

YouTube Music is one of YouTube’s two moneymaking subscription options, with the other being YouTube Premium. But considering YouTube’s bowing out of the streaming service wars and making all of its previously YouTube Premium paywalled originals free to watch tomorrow, it’s not surprising the platform is instead focusing on amping up $9.99-per-month Music to make it a real competitor for Spotify (also $9.99) and Apple Music (…also $9.99 per month).