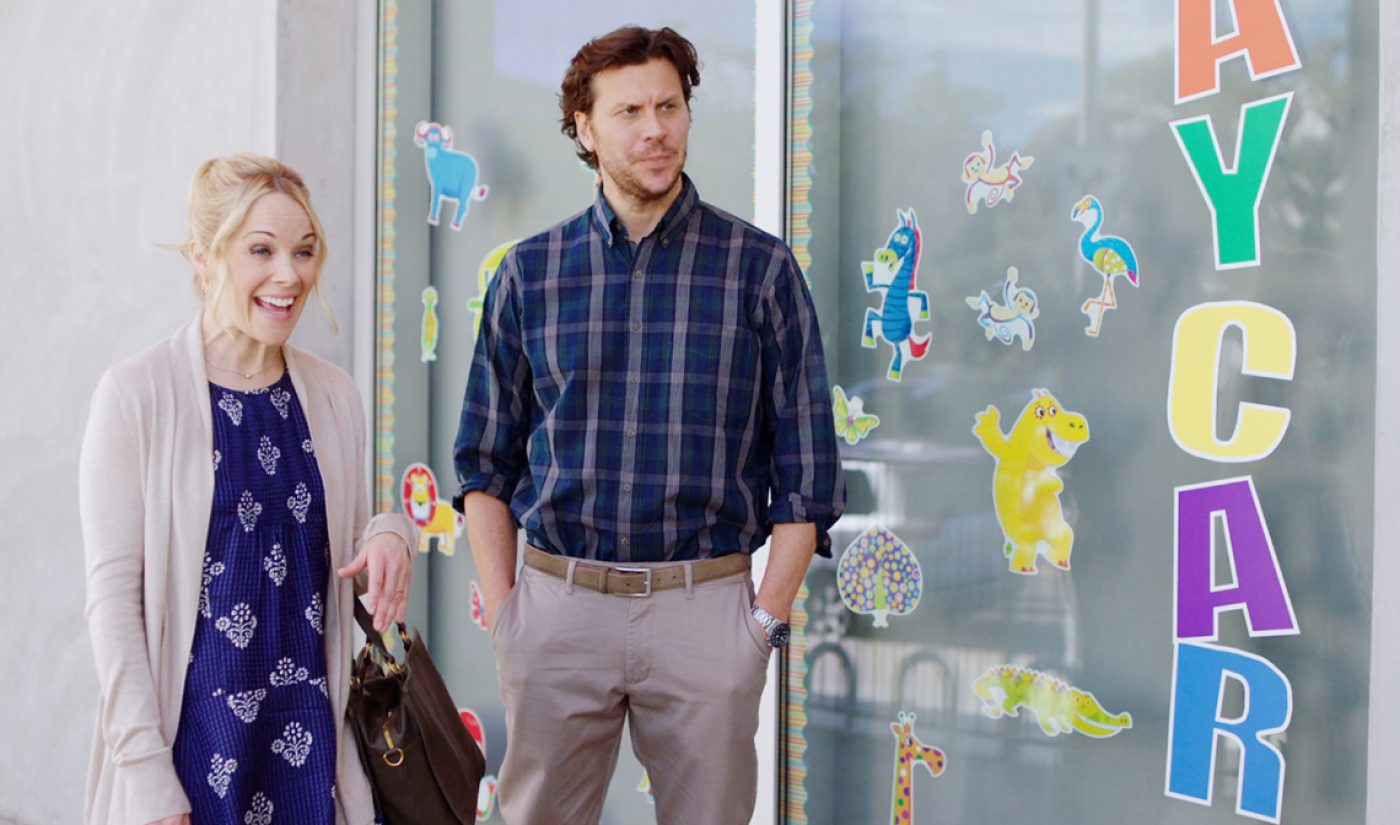 Mr. Mom, coproduced by Vudu and MGM, stars Hayes MacArthur (Angie Tribeca) and Young Sheldon’s Andrea Anders as a married couple whose lives are changed when Anders’ character lands a new job, leaving her husband in charge of household duties.

The series looks to be a bit of an odd duck in the streaming space. First, Vudu has decided to drop its 11 episodes not all at once, but in more traditional-TV-like batches of weekly episodes (a concept that’s slowly becoming more common in the streaming space, but also sparked fear in the hearts of Netflix devotees last week). Then there’s the fact that episodes, on top of being released on a staggered schedule, aren’t long, not even by traditional TV sitcom standards; they’re only 10 or 11 minutes each. And finally, viewers can’t buy a Vudu subscription to watch Mr. Mom. Instead, they can watch the series free with ads, or purchase it. The episodes individually go for $1.49, and the entire season is $7.99.

It’s not clear if Vudu will follow these same formatting and viewing protocols for future series. What is clear, though, is that Mr. Mom is just the beginning as Vudu gets into original content ahead of the launch of a handful of much-hyped new competitors like Disney+ and Quibi. The service is set to drop a number of original projects across genres in next year, some of which feature top talent like Queen Latifah and Evangeline Lilly. And, later this month, it’ll play exclusive host to the first three episodes of Nickelodeon’s Blue’s Clues reboot, weeks before the show debuts on TV.

As for the family-friendly feature to go along with this family-friendly content, Vudu has “heard from customers that they’re concerned about what their family can browse and watch,” Jeremy Verba, Vudu’s VP and general manager, told Variety. “We know that families are increasingly viewing together, and they need tools to help them make sure the content is appropriate.”

Family Play, which is now available on more than 500 films (both kid-oriented, like Detective Pikachu, and adult-oriented, like Gravity), was developed using both human reviewers, who tagged scenes with “objectionable” content, and algorithms that detect things like swearing. It’s designed so “everyone in the family can enjoy a film, no matter what the MPAA rating” is, Verba said.

The feature can be used on iOS and Android devices, all web browsers, LG and Samsung smart TVs, and Xbox Ones. Vudu told Variety it’s working on adding more devices.