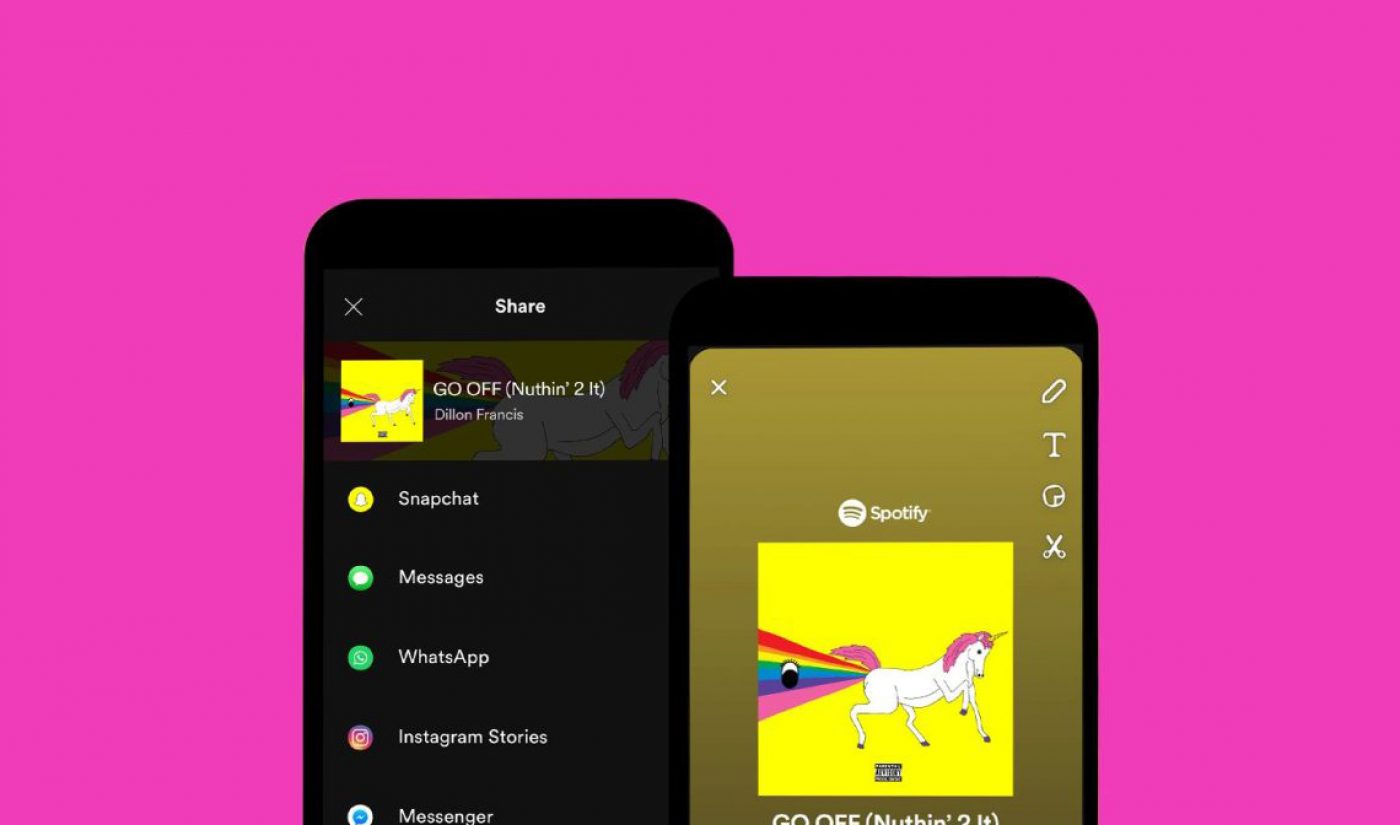 When the feature officially rolls out (which Snapchat said will be “soon,” per The Verge) to iPhone and Android users, it’ll let folks who have both apps installed on their phones quickly create a Snap showing what they’re currently listening to on Spotify. Users can make Snaps out of individual songs, albums, playlists, and podcasts, and all Snaps will include album art and information like the title of the song currently being listened to.

Once a user has made a Spotify Snap, they can share it with their friends or on their story. Those who receive a Spotify Snap (and, again, who have Spotify installed on their phone) can swipe up to immediately start listening to the song, album, playlist, or podcast in the snap.

A handful of other social platforms have already had Spotify direct sharing enabled, including Instagram, which launched the feature early last year, and Facebook Stories, which launched it last month. In a blog post on Spotify’s For Artists landing site, the platform told creators its partnership with Facebook Stories — and, presumably, its partnership with other platforms like Instagram and Snapchat — is part of its plan to help artists connect with their fans by “get[ting] your tunes to more people’s ears,” and that direct sharing “encourage[s] your fans to interact with you and your music and help spread the love.”