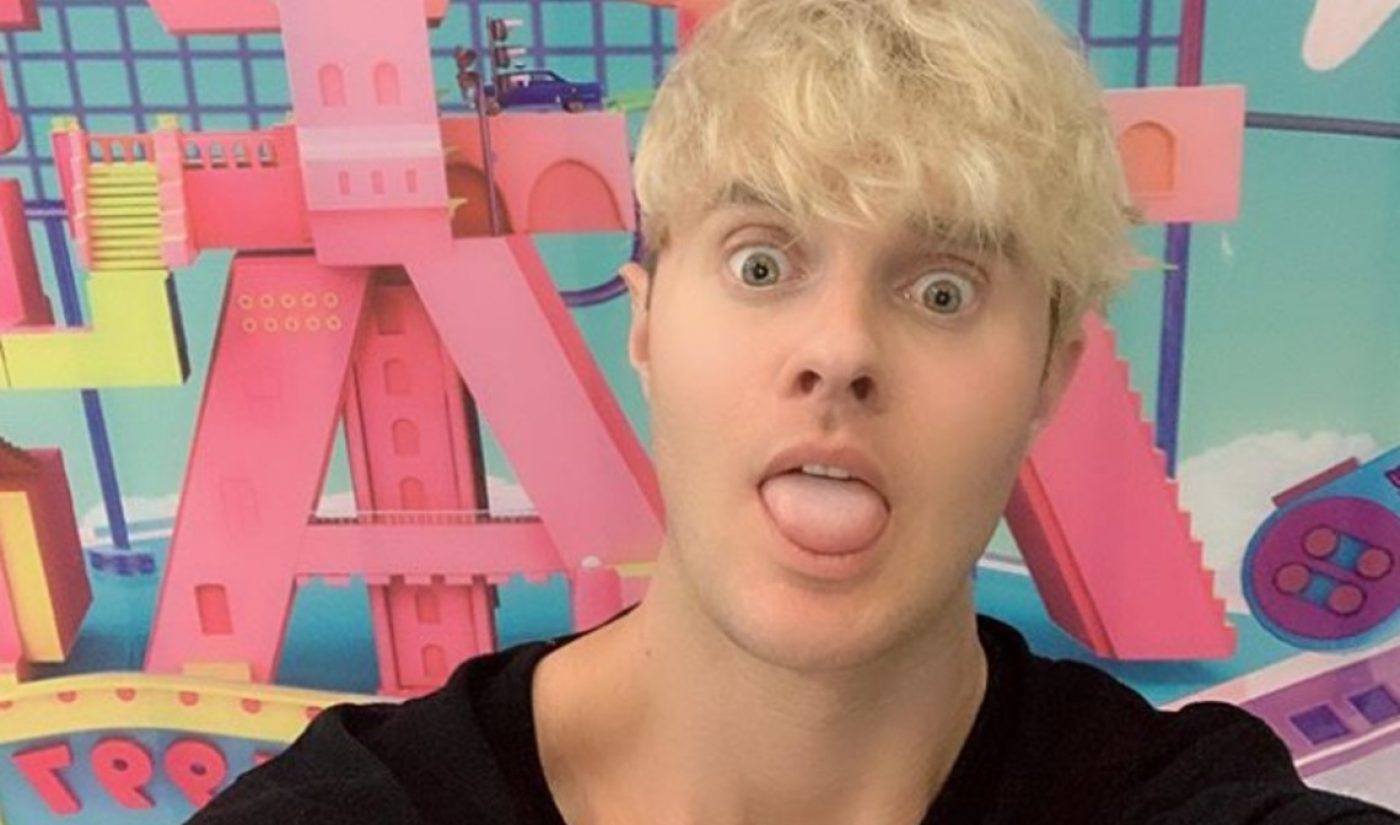 Baker, 33, who has amassed 10 million subscribers and 3.3 billion lifetime views on the strength of his irreverent music video parodies of Taylor Swift and Justin Bieber, says he has quit YouTube, Vice reports. Baker has long made known his disdain for the platform in the wake of the Adpocalypse, when many creators saw their ad revenues plummet, and his last YouTube video was posted roughly one year ago.

And now, Baker appears to be eyeing a fresh start out east. As Vice tells it, one day, Baker received a “mysterious email” from a Chinese platform promising to make him a star. Then, after producing only a handful of videos, Baker had amassed millions of followers on the platform, which is called Kwai — where he livestreams chat and music sessions with his fans.

He is also active on another app called Douyin, which is China’s version of TikTok. To produce content on Douyin, Baker translates Chinese songs into English — that are selected by his 26-year-old Chinese manager, and with some help from Google Translate — and then shares his over-the-top and bombastically-edited renditions. Some of his biggest hits to date are patriotic songs about China, Vice reports.

Baker says that his looks have been an asset to his growth in China — particularly his blonde hair. Though Baker’s manager — who counts 10 million social followers in his own right and whose company, dcdcstudio, specializes in pumping out viral content for Chinese social media hubs — does have concerns that Baker could find himself embroiled in controversy, especially if Chinese fans uncover his older YouTube videos that feature drug use.

You can check out Vice’s piece on Baker’s latest right here: