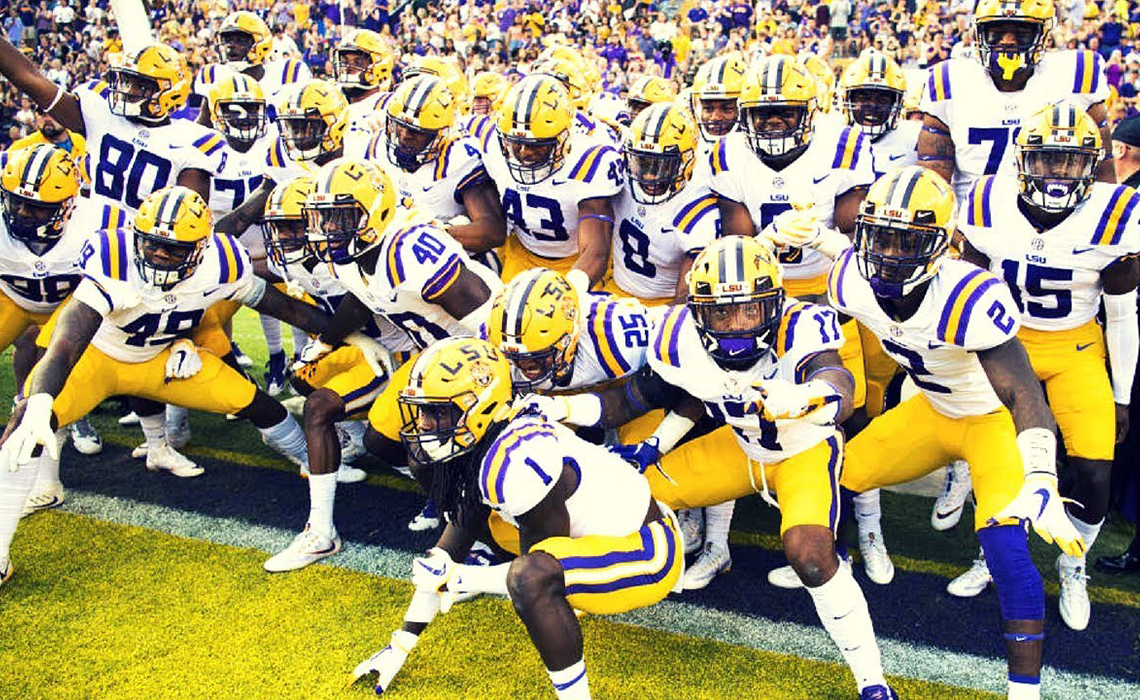 The 2019 college football season began this past weekend with a handful of games, and is launching in earnest this week and over Labor Day weekend, with wall-to-wall matchups Aug. 28 through Sept. 2.

With that in mind, we were curious to see which Power Five (ACC, Big Ten, Big 12, Pac-12, SEC, and Notre Dame) programs were producing great video content on social platforms like Facebook, Instagram, Twitter, and YouTube, and how those rankings stacked up against team success. So, we utilized data from video measurement company Tubular Labs to find out. 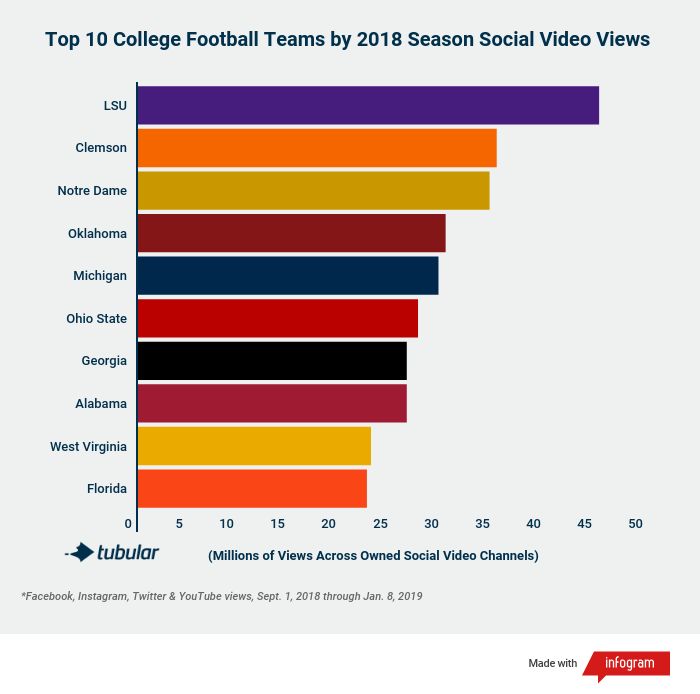 Interestingly, most programs do not have a standalone YouTube page for football, opting to fold that into the larger athletic department page. As a result, those full athletic department view counts are not included in the numbers above, to avoid artificially inflating certain schools around other sports content as well. That said, LSU does have one, and it was at least part of how the Tigers wound up at the top of the chart here.

Broken down by conference, the top 10 included four SEC schools, two from the Big Ten, two from the Big 12, and then one from the ACC (plus Notre Dame, a partial member in the ACC for non-football sports). Six of the top 10 have won at least one national championship in the last 20 years, and six (not the same six) have appeared in the College Football Playoff at least once in the last four seasons. There were no Pac-12 teams in the top 10, and Washington actually generated the most cross-platform social video views in the conference, with 11.2 million. Notre Dame was the only private school to make the top 10.

Obviously success on the field plays a significant role in how much money is available for social video endeavors, as does conference affiliation. All five power conferences took home over $29 million per school in revenue in 2017-18, though Big Ten and SEC schools are hauling in closer to $50 or $60 million.

Historical results seem to indicate this video list could look pretty similar at the end of the 2019 season, but an interloper could certainly emerge as well. West Virginia isn’t a long-standing college football power; however, it had a very successful 2018 season and is also the de facto professional football team for the state (which has none of its own). A ranked school in a similar situation this year — teams like Utah, Oregon, Iowa, Iowa State, or Nebraska — could potentially vault toward the top of the chart by season’s end.

TV Ratings Are Down For NBA Playoffs, But the League’s Worldwide Social Numbers Are Up