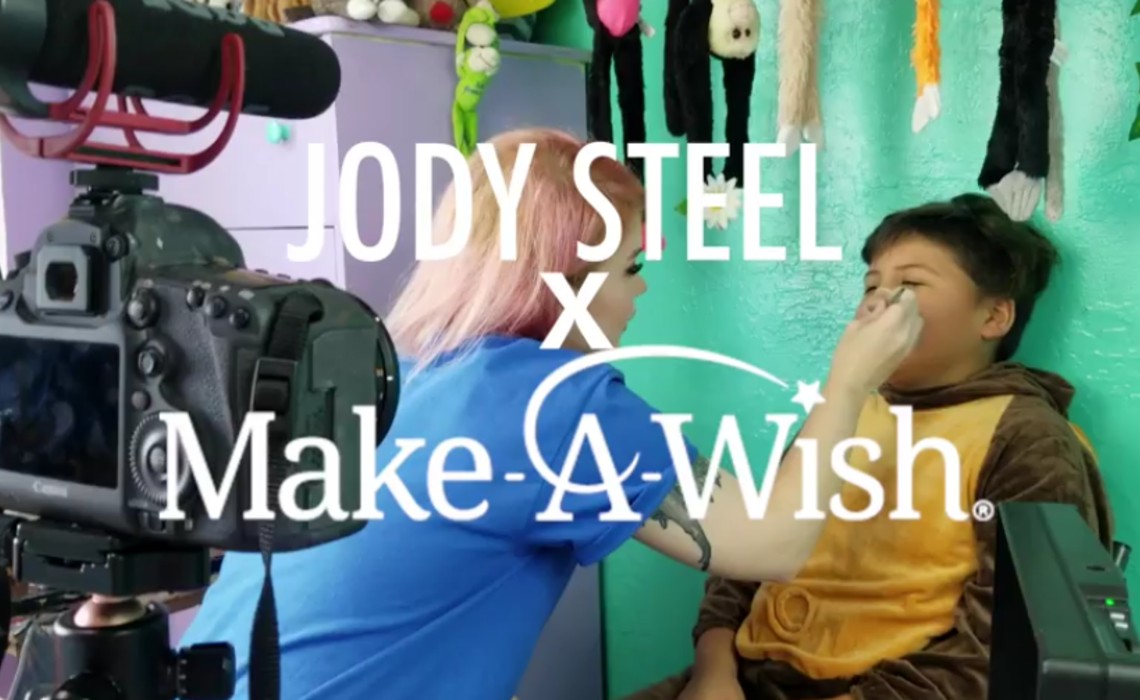 Jody Steel, the social media artist known for her photo-realistic paintings conducted on the human body, is harnessing her influence for a greater good.

Steel, whose biggest platform is Facebook, where she counts 3.9 million followers — has partnered with The Make-A-Wish Foundation to fulfill the dream of a 10-year-old named Matthew who is fighting cancer.

Matthew loves monkeys, so much so that he counts 500 stuffed monkeys at home, and his original wish was for a pet monkey — though that’s illegal in California. And so Steel transformed him into one. Steel will share a video documenting the entire process tomorrow on Facebook and YouTube, which will also include Matthew’s family’s reaction to her stunning work, as well as a candid conversation with Matthew about how he manages to stay positive in the face of incredible adversity. Steel will urge her fans to donate to Make-A-Wish directly via Facebook’s fundraising feature, as the organization says that it is currently “facing a funding gap.”

Matthew underwent surgery to remove brain tumors at age six, and still fights multiple health issues to this day, according to Make-A-Wish. Matthew’s mother cites the Make-A-Wish experience as a turning point in his recovery. In addition to his collaboration with Steel, Matthew also got to go to Disney World to see the monkeys who reside there.

Steel’s video with Matthew will be posted in full tomorrow, but you can check out a teaser below: