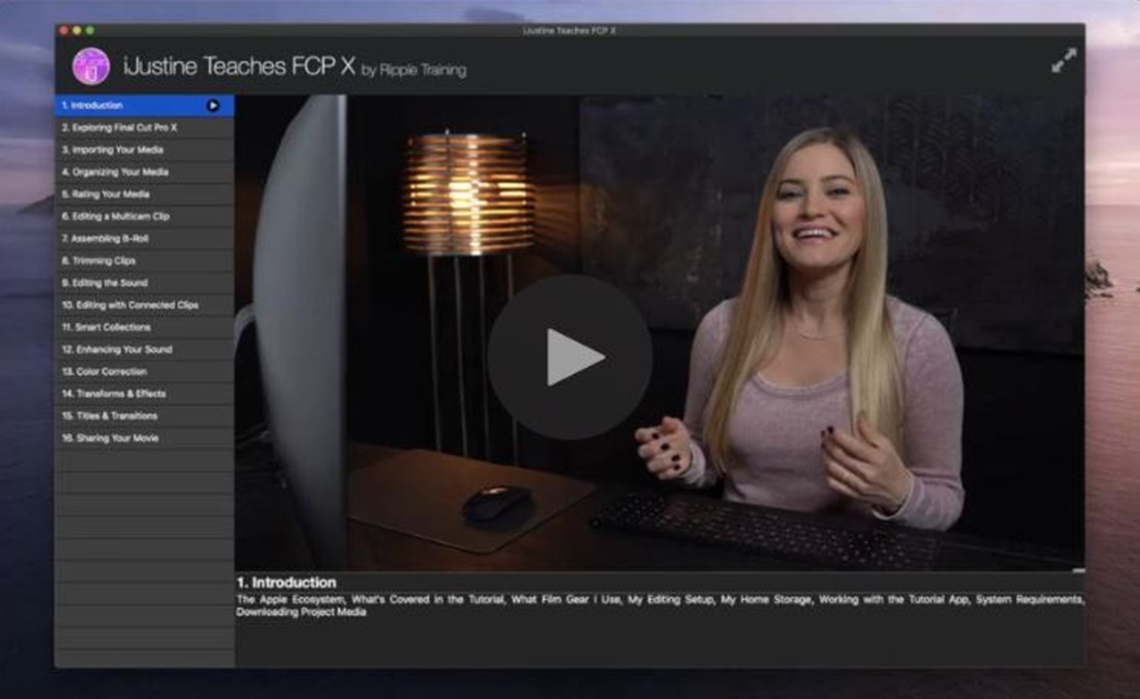 iJustine is looking to pass on some of her editing tips and tricks.

The OG tech YouTuber, whose real name is Justine Ezarik, has launched a desktop app for macOS that will take users through her YouTube video workflow on Final Cut Pro X. Ezarik, 35, partnered on the app with Ripple Training — which creates tutorials for media producers on programs like Final Cut Pro X, Motion, and DaVinci Resolve.

The $30 tutorial is titled iJustine Teaches FCP X and is split up into 16 different lessons — each lasting between five and eight minutes, per AppleInsider. The lessons will comprise media from her own YouTube videos and will seek to teach users how to: import and organize media, perform multi-camera editing, add b-roll and music, color correction, add titles and effects, prepare videos for export onto YouTube, and more.

iJustine Teaches FCP X is available now in the Mac App Store. In addition to being available as a standalone app, the tutorials are also available within Final Cut Pro itself, accessible as an extension from the menu bar.

Ezarik has been on YouTube for roughly a decade, and is beloved for her tech, gaming, and travel-themed content. She operates five total channels — though only two apparently appear to be active right now — with 7.9 subscribers and over 1 billion lifetime views.