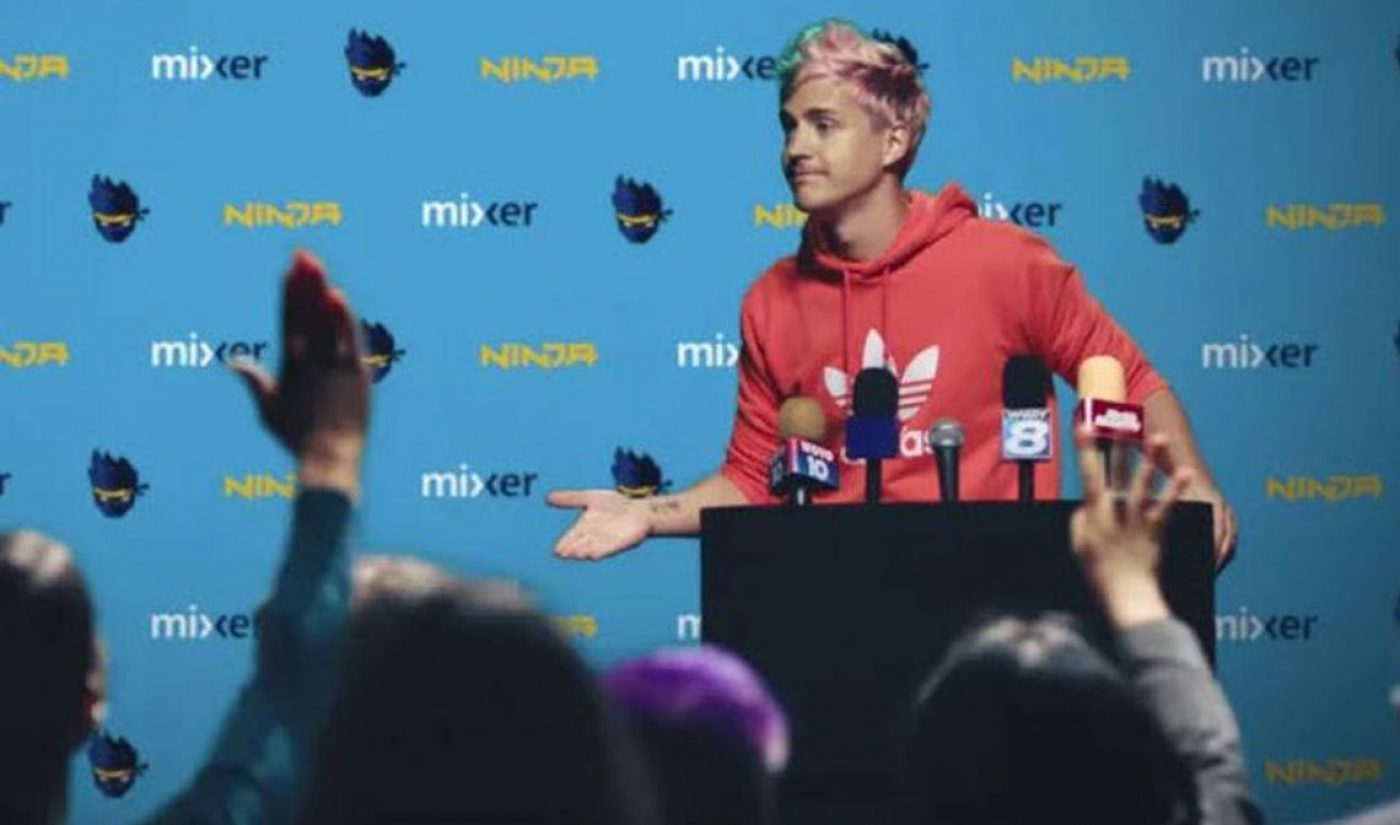 Video game streaming star Ninja (aka Tyler Blevins) made headlines just last week when he announced that he’d be leaving long-time home Twitch for the Microsoft-owned streaming platform Mixer instead. Initial talk was focused on the fact he was saying goodbye to 15 million subscribers on the platform through which a steady grind, a lot of skills, and Drake made him famous – though he does still have 22.2 million on YouTube alone, plus another 14 million on Instagram and 4.4 million on Twitter. Since he cross-posted nearly all of his Twitch videos on the other channels, he’d basically retain those viewers as long as he did the same thing with Mixer.

However, that hasn’t been the case in the short time he’s been with Mixer so far.

Using video measurement company Tubular Labs, we can look at how video posting has changed for Ninja in the short time since the change. While he’s posted eight different streams on Mixer so far, just one — “Live From Lollapalooza!” — has appeared anywhere else. (It’s so clocked 610,000 views on Facebook, where Ninja has over 500,00 followers.)

Ninja’s YouTube page, which has more subscribers than any of his other profiles, has been utilized just twice this month for the Mixer announcement and “Clearing Out the Mega Mall!”

He’s not necessarily abandoning platforms like YouTube and Instagram, but historical trends and an early look into his newfound tenure on Mixer give the sense that Ninja’s going to focus the vast majority of any kind of content onto the streaming platform in order to help push more subscribers to his new channel. It’s worked so far. Ninja’s already gained over a million followers on Mixer. But it will be interesting to see if and how he sustains a healthy rate of growth over the next several months and what his cross-posting strategy to other platforms looks like as the initial fanfare and PR push wears off.

At least one outlet speculates Ninja’s contract with Mixer comes in at around $6 to $8 million per year for three years (which make sense considering he was pulling in at least $500,000 a month from Twitch subscribers in early 2018.) If so, it’s a savvy move considering Ninja’s brand appeal and the fact his numbers are still crazy high, but down from the peaks he enjoyed at the height of his popularity.

Tubular data shows a decline in views for Ninja — from over 350 million cross-platform views in July 2019 to 43 million views in June 2019. But what’s more is the analytics platform notes a decline in video views of Fornite (the game Ninja primarily discusses) in general, too. Since peaking at about 9 billion cross-platform views in September 2018, Fortnite videos dipped to about 6.3 billion views by June 2019.

That’s still a lot of content around the game, clearly. But the appetite has appeared to decrease. Getting ahead of further downward trends (via something like the Mixer deal and/or expanding other games) is how Ninja and other gaming content creators can diversify their businesses and continue to find success – at least until another renaissance.