Insights: With Ninja’s Nifty Mixer Move, Live Streaming Leaps To Its Next Era 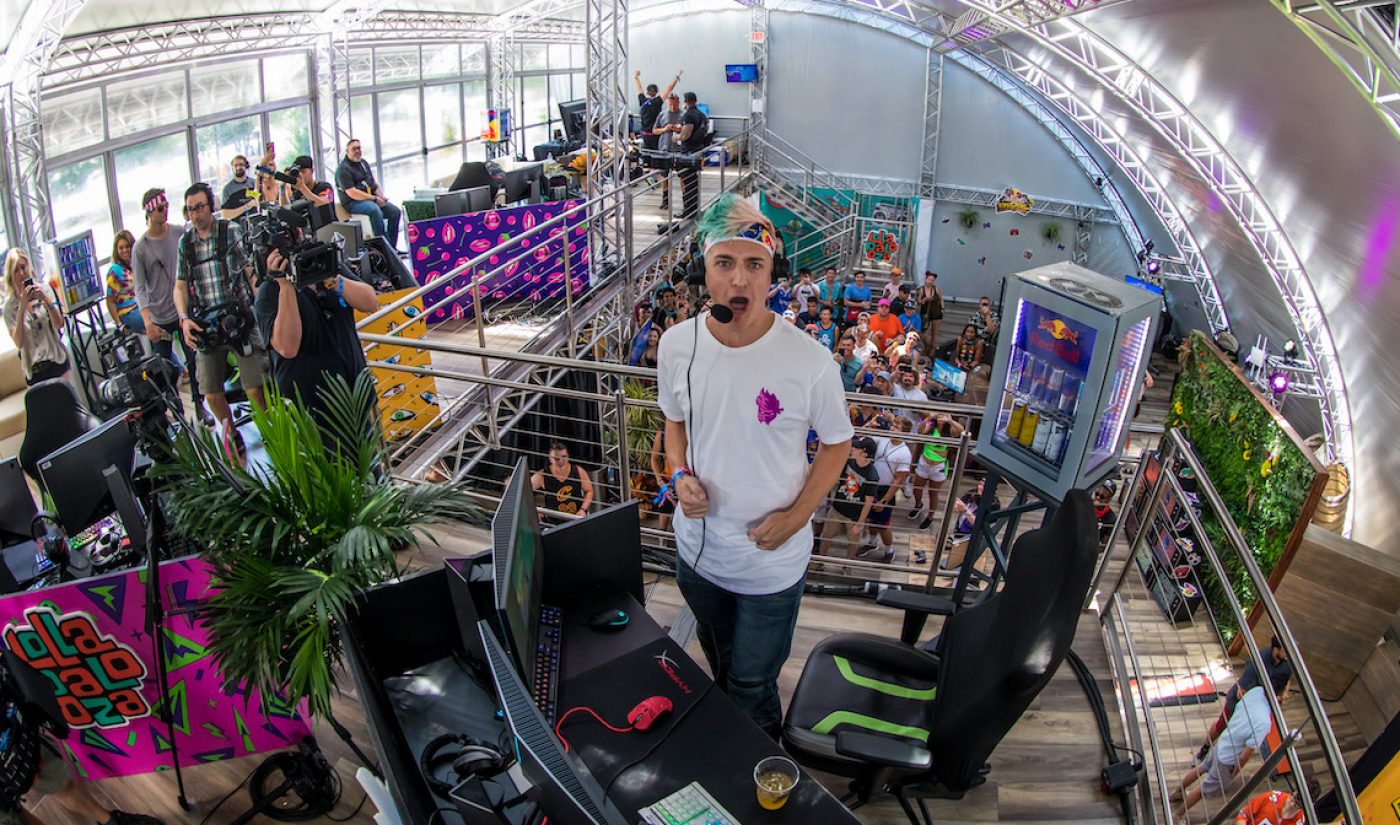 Say what you will about Ninja, the lanky and affable Midwestern live-streaming star with the ever-changing hair color, but he sure knows how to make a splash.

And splash he did on Thursday, announcing a stunning jump from Amazon-owned Twitch, the site that made him famous, to Microsoft’s upstart Mixer service. Message boards and chat rooms on Twitch and beyond seemed to talk about little else, and Mixer’s app leaped to the top of the iTunes Store bestseller list on Friday, Ninja’s first day on his new virtual home.

He had half a million followers within the day, no doubt aided by Microsoft’s offer of a free month’s subscription to Ninja’s Mixer feed.

The jump should be insanely lucrative for Ninja (née Tyler Blevins) and his assiduous management team at Loaded. They’ve maximized his value in remarkable ways over the past year.  Getting recruited by a company now valued at roughly $1 trillion suggests Ninja received every nickel of that maximized market value and more as incentive to become the Grand Mixer.

And things are definitely more mixed up now. Ninja’s jump suggests the next phase of the game business will be an expensive one, as giant companies tussle for talent, and to have a say in the ways we play, watch and generally engage with the world’s biggest entertainment industry.

Video games generated an estimated $134 billion globally last year, more than half of all entertainment-related revenue, according to NewZoo, which tracks the game business. And Twitch dominates the live online conversation about games. It basically pioneered the live streaming space a dozen years ago when its predecessor launched as an experiment in Justin Kan‘s video solipsism. Then it morphed eight years ago into the gamer focus it’s had since, and become part of Amazon.

These days, Twitch attracts about three-fourths of the live-streaming gamer hours watched, according to a recent report by StreamElements. Two-year-old Mixer attracts just 3%, though the Ninja recruitment is clearly designed to change that.

Until his jump, Ninja was routinely among the top five most-watched Twitch stars, though StreamElements says Tfue is now the reigning champ.

Tfue has been leading the pack of Twitch streamers in recent months, with Ninja still big but not at the top (source: StreamElements)

As far as StreamElements CEO Doron Nir is concerned, Ninja’s jump is great for Mixer, but given Ninja’s less dominant position these days at Twitch, it’s unlikely to hurt the industry leader much. More generally, he said, the move may help elevate the entire industry’s visibility.

“In the same way that Netflix and HBO drive viewership through original programming, live-streaming platforms like Twitch, Mixer, Facebook Gaming, and YouTube Live depend on top talent to build their audiences, with Ninja being the ultimate beacon for viewers,” Nir said. “While his arrival on Mixer has the potential to elevate their platform, it is unlikely to diminish Twitch’s. In Q1 and Q2 of this year there have been a number of streamers who surpassed Ninja based on hours watched each month, showing that there is no shortage of talent at the top on Twitch.”

Paying What It Takes

But Microsoft’s willingness to pay what it took to drag Ninja from his Twitch fan base, estimated at around 15 million, says that the Giant of Redmond very badly wants to make Mixer relevant as new technologies dramatically transform our gaming experiences.

Microsoft is already one of the world’s biggest cloud technology providers, with Azure. It already owns the dominant PC game platform and game-development studios responsible for stalwart franchises such as Halo. It also owns the Xbox, which overcame a badly botched launch this last generation to sell an estimated 41 million units so far (though it’s still far behind the PlayStation 4‘s 100 million sold).

More recently, Microsoft shocked many gamers when it cut a deal with Sony, its console arch rival, to provide network services for both the next-generation Xbox and PlayStation 5. That guarantees Microsoft will be the tech backbone for the services used by tens of millions of gamers for years to come.

And clearly, Microsoft plans to be a major player in the Games-as-Service world screaming towards us through super-fast 5G mobile networks and all that cloud technology. Google’s Stadia, Verizon, and Apple’s Arcade are among those promising access to top games across any device. There’s no way Microsoft won’t be there too.

All of which makes Microsoft’s deal with Ninja a vital first step in the company’s efforts to cover the entire game waterfront.

Live Streaming has become A Thing, not just in gaming but across the web. Yes, people are still uploading 500 hours every minute to YouTube. But people are also watching live streams of games and all kinds of other things a lot. Just as importantly, brands and advertisers love the opportunities they have with live to connect to fans in lots of ways. It’s hard to DVR Ninja and Tfue in full performance mode.

Twitch is pushing hard behind its fast-growing non-gamer “Just Chatting” section of streamers these days, and reaching out to non-gamer advertisers too. And Facebook Live, IGTV, Twitter’s Periscope, and YouTube Live all have big audiences watching goodness knows what live.

For Microsoft, making Mixer a bigger player in this business makes immense sense. It’s a chance to build another layer of connective tissue between its services, players, fans, and esports pros that can keep them on and engaged for hours a day.

Given that live streaming audiences largely aren’t watching traditional TV anymore, grabbing these audiences will be a huge business opportunity. Hiring away a star like Ninja is a notable step toward realizing that opportunity. Now we get to see whether this will turn the business of live-streaming games into its own very big live match.