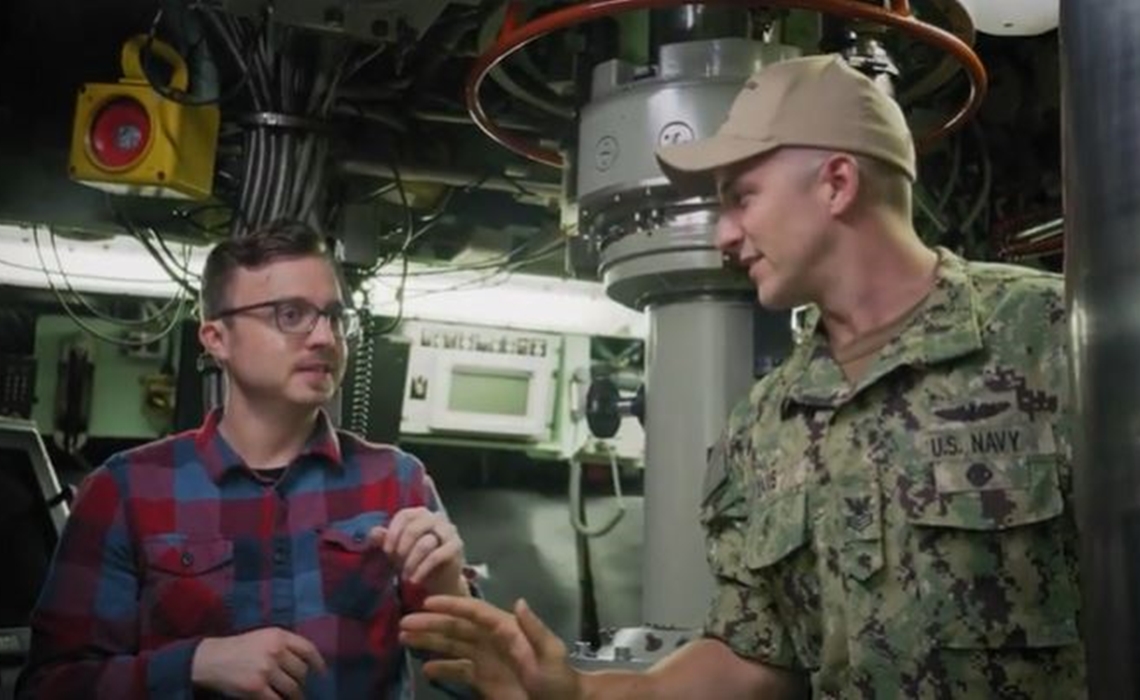 For the first time, the U.S. Navy is delving into influencer marketing with a just-launched campaign in a bid to recruit tech-savvy sailors.

In the branded series, titled Sailor Vs., the Navy has given three YouTube creators access to submarines and ships in order to showcase the ways that work in the Navy can apply to other professions in the tech sphere. Creators were also tasked with the challenge of spending a day in the Navy in different divisions.

Participants include: Kevin Lieber (pictured above), whose science and philosophy-centric channel, VSauce2, counts 4.1 million subscribers; scuba diver and treasure hunter Jake Koehler (8.7 million subscribers); and  William Osman, whose videos focus on AI and robotics, and have amassed 1.4 million subscribers. Lieber’s episode will give viewers a tour of a nuclear submarine, while Loehler will partner with an explosive specialist and Osman will collaborate with the Navy’s cybersecurity team.

“We need the best and brightest recruits who can become cryptologic technicians or graduate from Nuclear Power School and manage a nuclear plant on a submarine or an aircraft carrier,” Captain Matt Boren, the CMO of Navy Recruiting Command, said in a statement. “These creators let us raise awareness and visibility of the breadth of jobs available and in a format that is authentic and aligned with how young adults access information.”

The series was produced by the Navy’s ad agencies — VMLY&R and Wavemaker — in partnership with Google’s Brand Unit team, which helped the Navy identify creators in the science, engineering, technology, and math spaces.

Sailor Vs. premiered today on YouTube, and all of the episodes are now live. You can check out a trailer for the series below: