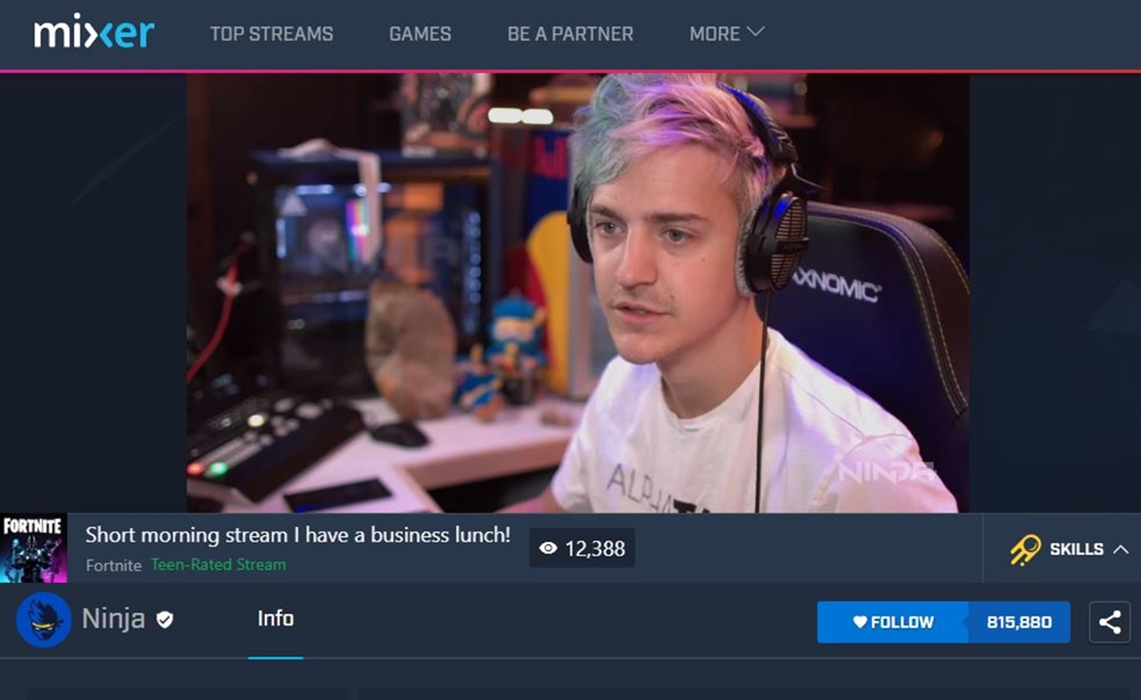 Ninja Accumulates 1 Million Mixer Subscribers In 6 Days, Thanks In Part To Free Offer

Just days after announcing a career overhaul that saw him departing Twitch in favor of the Microsoft-owned streaming platform Mixer, gaming superstar Tyler ‘Ninja’ Blevins is shattering subscriber records — helped, no doubt, by a promotional offer.

Mixer, like Twitch, enables viewers to watch for free (the platform calls these types of viewers ‘followers’), and also enables fans to subscribe to channels for a $6 monthly fee (the subscription fee on Twitch is typically $5 per month). As with Twitch, Mixers subscribers receive special perks, like custom emoticons to be used in the chat window and ad-free viewing.

Now, Ninja has accumulated 815,000 followers and over 1 million subscribers — clocking the records six days after his announcement, and after just five days of streaming, (three of which took place at Red Bull-sponsored setup at famed music festival Lollapalooza). The subscriber count isn’t a public-facing stat, but one Blevins confirmed on Twitter. “I haven’t felt this good in a long time,” he wrote of the achievement.

Impressive though it may seem, the number is at least in part due to the fact that Mixer is giving away free one-month Ninja subscriptions in order to herald Blevins’ arrival. Before he had even gone live on the platform, he had already amassed 250,000 subscribers, Dexerto reports, though it remains to be seen whether Blevins’ subscriber count will drop off in a month’s time, when subscribers will actually have to furnish payment.

Dexerto notes that 47 cents from each subscription cover transaction fees from Paypal and Stripe, meaning that Blevins has driven roughly $5.5 million in subscription revenues to date. It is unclear how much of these earnings he shares with Mixer.