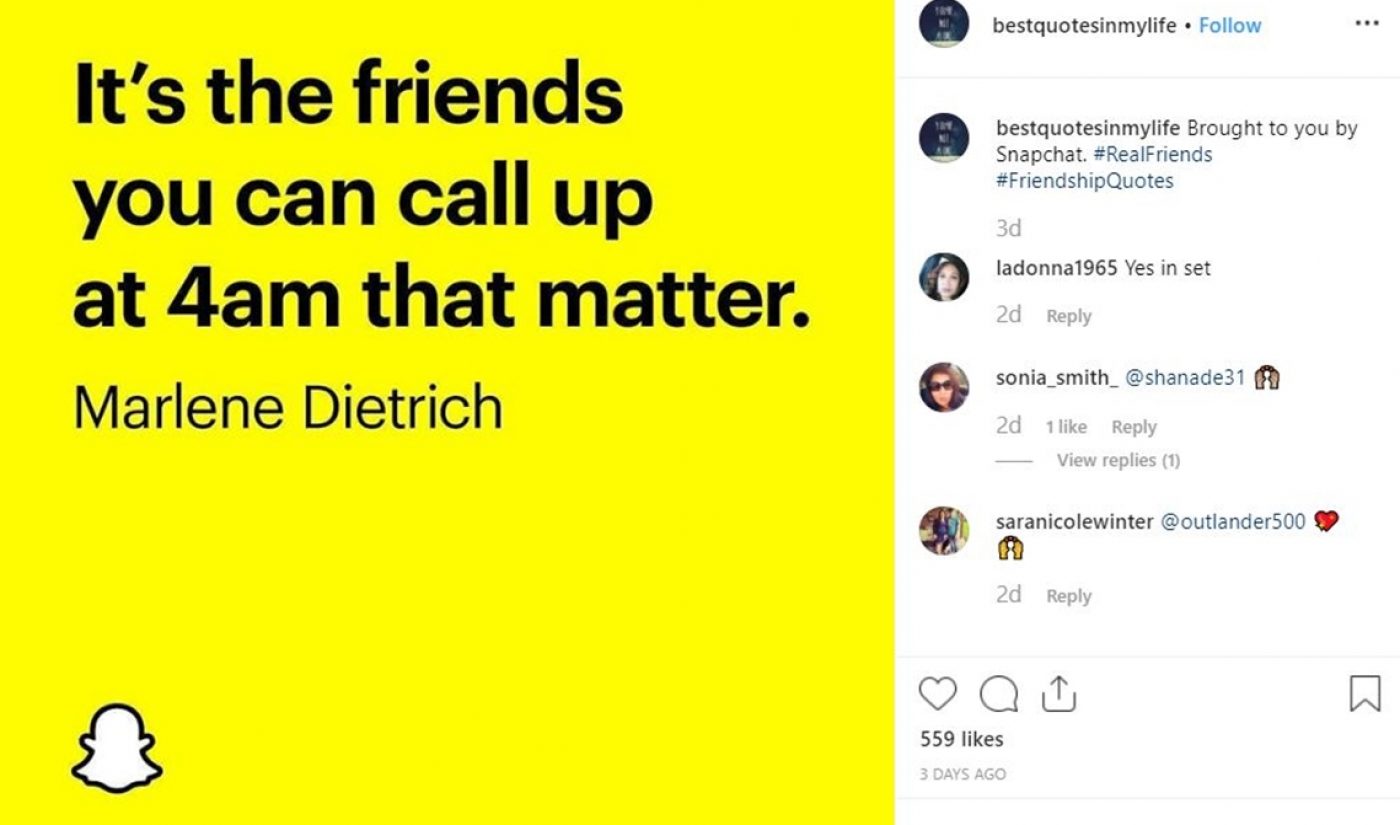 Snapchat doesn’t have an active presence on chief competitor Instagram — though it did launch a recent ad campaign on the photo and video-sharing app to lay out what it perceives as a key distinction.

The ad campaign served to tout Snapchat’s dominance as a platform that’s used by “real friends” to share and communicate with one another, reports Mashable — thus implying that Instagram has come to serve as a hub for more aspirational, curated content.

Snapchat ran the campaign with dozens of quotefluencers, or Instagram accounts that predominantly post inspirational quotes. As part of the #RealFriends campaign, the accounts posted quotes about friendship from celebrities like Muhammad Ali, Joan Jett, Jim Morrison, and Marlena Dietrich alongside the hashtags #realfriends and #friendshipquotes. The quotes were showcased on a yellow background and feature the Snapchat logo. Participating accounts included: BestQuotesInMyLife (72,000 followers), MySelfLoveSupply (131,000 followers), SoSheSlays (322,000), and Inner.Bliss (608,000).

Eventually, the campaign will expand beyond Instagram onto billboards, televison commercials, and print ads that will run internationally over the next couple months, according to Mashable. The campaign will feature more than 70 Snapchatters from 12 different countries.

“When we launched Snapchat more than seven years ago, it wasn’t about capturing the traditional Kodak moment, or trying to look pretty or perfect,” Snapchat, which currently count 203 million daily active users, wrote in a blog post about the campaign. “We wanted to create a way for our friends to express themselves and share however they felt in the moment.”

You can check out a teaser for the #RealFriends campaign below, as well as additional installments right here.