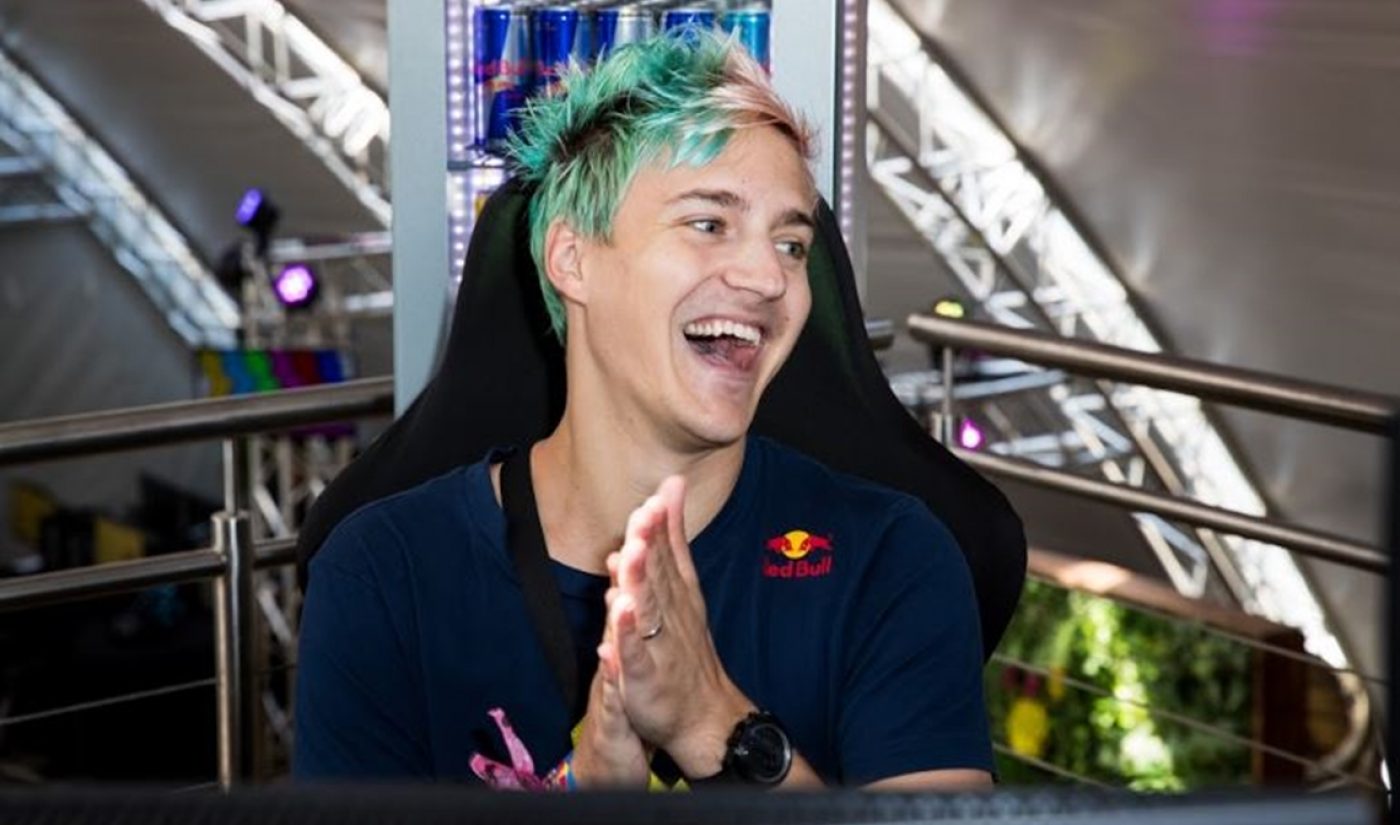 Gaming superstar Tyler ‘Ninja’ Blevins sent shock waves through the esports world yesterday when he announced that he would be abandoning his flagship platform, Twitch — where he was the most-followed creator — in favor of a lesser-known, Microsoft-owned hub dubbed Mixer.

And today, the Fortnite expert has launched his first stream on Mixer — which is similar to Twitch — from Lollapalooza at an outpost at the music festival being hosted by his longtime sponsor Red Bull. Accordingly, Blevins is generating significant out-the-gate buzz for Mixer — though it remains to be seen whether that excitement will carry on beyond his initial splash.

Prior to joining Mixer, for instance, Blevins’ following on Twitch (14.7 million) was almost as much as Mixer’s total monthly active user base of 20 million. But since yesterday’s announcement, Ninja has drummed up a staggering 350,000 subscribers on Mixer, and roughly 900,000 total views. Blevins’ inaugural Mixer stream kicked off at 1 pm ET and will conclude at 7 pm, reports Forbes, which notes that the 28-year-old will be maintaining that same schedule through Aug. 4. Right now, 56,000 viewers are tuning in to the Fortnite stream live (below).

Blevins has also helped catapult Mixer app downloads, sending Mixer to the No. 1 spot on Apple‘s App Store charts — up from its pre-Blevins position of 747. Variety reports that the app was downloaded 26,000 times yesterday, and could clock 100,000 downloads by day’s end if the momentum keeps up.

You can check out Blevins’ first-ever Mixer stream below: