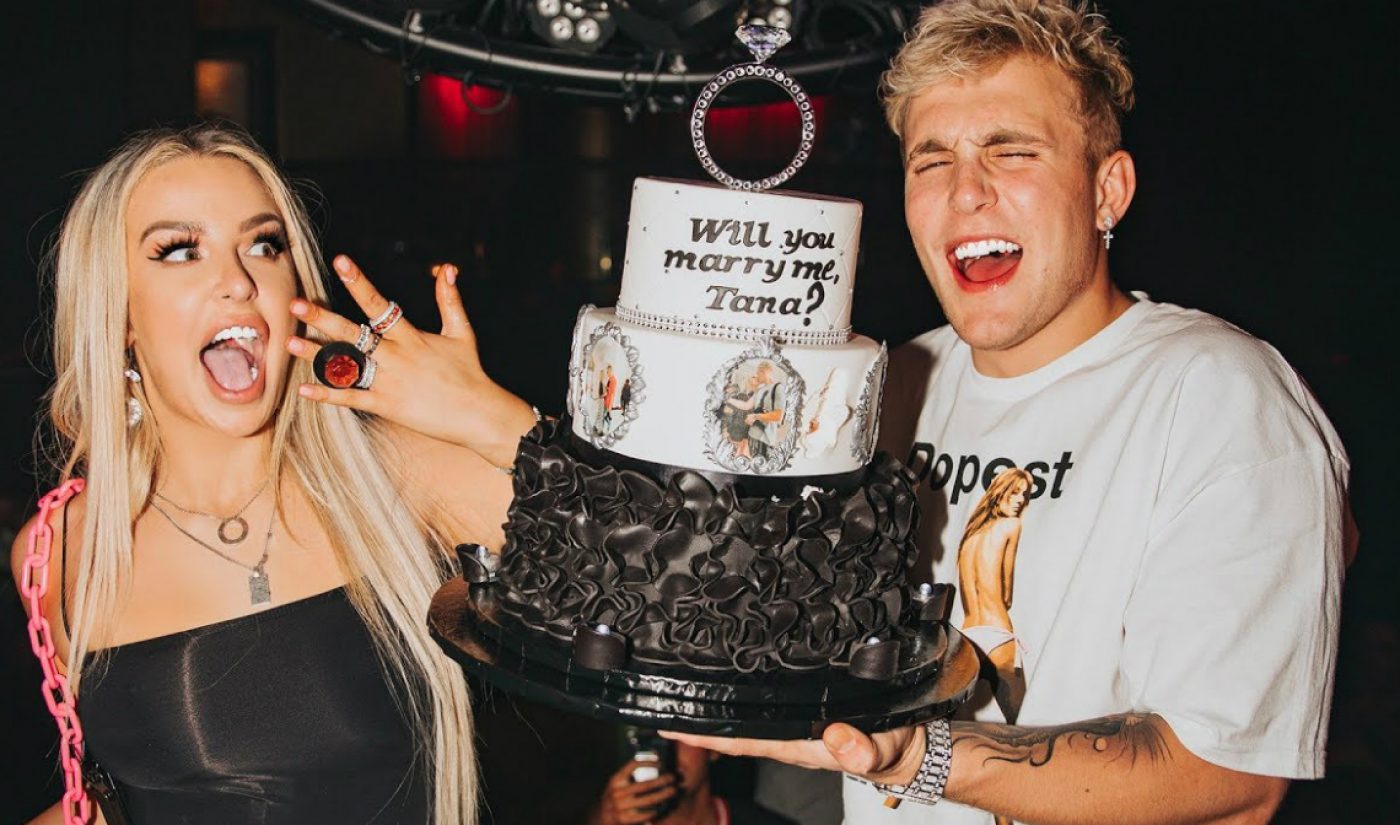 When it comes to Jake Paul and Tana Mongeau’s “wedding,” the real question isn’t whether the pair actually legally got married or whether the whole thing’s a sham to shill Mongeau’s MTV series, No Filter: Tana Turns 21. (Signs point to the latter.) The real question is, Wait, they seriously got more than 64,000 people to pay $50 a pop to watch this thing?

And the answer to that question is: Apparently, yes.

For those who aren’t up to date on the Paul-Mongeau courtship, they revealed they were dating in April, then announced their engagement in June. Their 10-minute Las Vegas wedding took place this past weekend, and was officiated by Team 10 member Armani Izadi. Also, there was a fistfight after the “You may now kiss the bride” moment, because someone poured champagne on Paul as he leaned in for the smooch.

Like last year’s so-called ‘YouTube World Championship’ boxing tournament featuring Paul and his older brother, Logan, Mongeau and Paul’s wedding was only available to watch via pay-per-view livestream. But, unlike the boxing tourney, the wedding didn’t stream on YouTube. Instead, it streamed on a little-known platform called Halogen, which promises to connect fans with their favorite creators so they can “be part of their success, and your own.”

There’s been some speculation that the Paul brothers own (or at least have a stake in) Halogen. Whether or not that’s true, it’s more than likely that Mongeau and Paul got a share of the pay-per-view fees from the event — which added up to millions.

Yes, for real. The numbers come from former DramaAlert reporter Josh Pescatore, who screencapped the wedding stream’s total view count eight hours after the event. According to Halogen, the stream received 64,091 views. 64,091 at $50 per person comes out to a whopping $3,204,550. Of course, it’s possible that view count isn’t 100% accurate, or doesn’t completely accurately represent how many people watched. We don’t know if each of those views was a unique view, or if some people rewatched.

Do you want to know how much $$ the #JanaWedding made from selling a $50 PPV Livestream?

The stream was exclusively hosted on HALOGEN (not the lightbulb, but I will get to them in a bit)

The total views they display from this PPV is 64,091 after 8 hrs

What we do know is that the wedding and associated brouhaha probably aren’t done generating income for Paul and Mongeau. While footage is currently only available to people willing to shell out 50 bucks, Vanity Fair reports it’ll later be made available on YouTube as a special produced by MTV.

We also know not everyone was pleased with the results of their $50 investment. Pescatore captured some of the more irate comments:

But just bc they sold over $3 mil in livestream PPV’s doesnt mean everyone was happy with the #JanaWedding. Some are even beginning to refer to it as #JanaCon

They dont seem pleased with their purchase pic.twitter.com/aEMJOAXd8N

It’s impossible to ignore that some of the complaints hearken back to Mongeau’s ill-fated TanaCon, which oversold tickets for its venue space, left thousands of people standing in line in the sun for hours, and was ultimately cancelled after its first day, with its organizer, Good Times, eventually filing for bankruptcy.