Submissions Are Now Open For The 9th Annual Streamy Awards 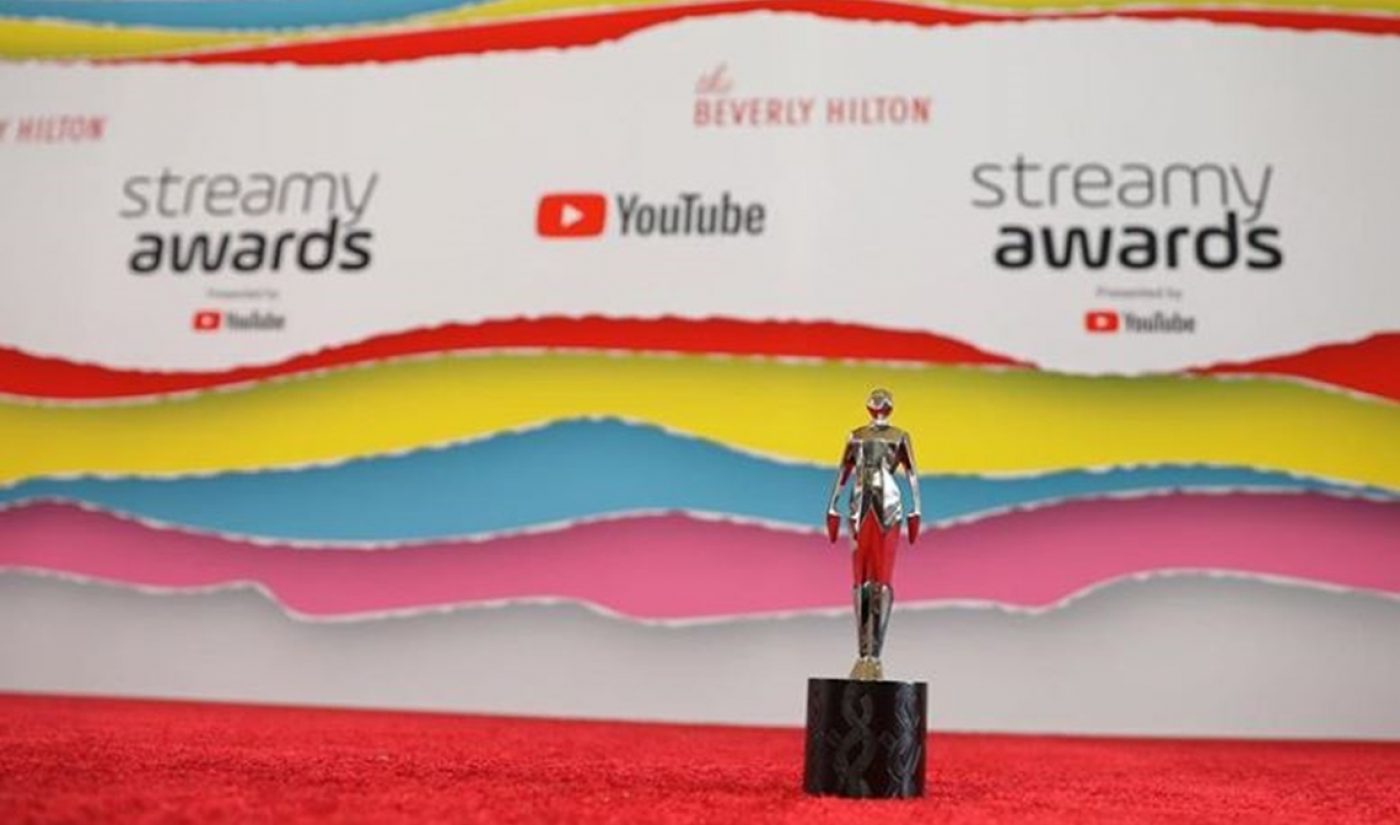 The annual awards show, which is now in its ninth year, serves to recognize accomplishments in three separate sections: the flagship Streamys, recognizing the best in online video and the creators behind it; the Streamys Brand Awards, recognizing advertising innovation; and The Purpose Awards @ The Streamys, honoring individuals and organizations who are harnessing their influence for a greater good.

The Streamys, which are produced by Dick Clark Productions and Tubefilter, comprise over 50 categories — which are listed in full right here. Submissions are due by Aug. 2 for the Early Deadline, Aug. 16 for the Regular Deadline, and Aug. 23 for the Last Chance Deadline. Several of the nominations will incorporate fan voting. Fans can nominate their favorite creators and shows in select categories, and the submission with the most fan nominations will receive a special designation so that judges — members of the Streamys Academy — can take that into account.

In order to be eligible, programming must have been produced for and initially released via online distribution between July 28 of last year to this Aug. 16. Click here for more information on eligibility and submission criteria.

The Streamys will take place later this year, with additional distribution details to come. At last year’s awards, hosted by The Try Guys, the night’s biggest winners included documentarian Shane Dawson, as well as ‘Breakout Creator’ Emma Chamberlain and David Dobrik in the ‘First Person’ and ‘Ensemble Cast’ categories.