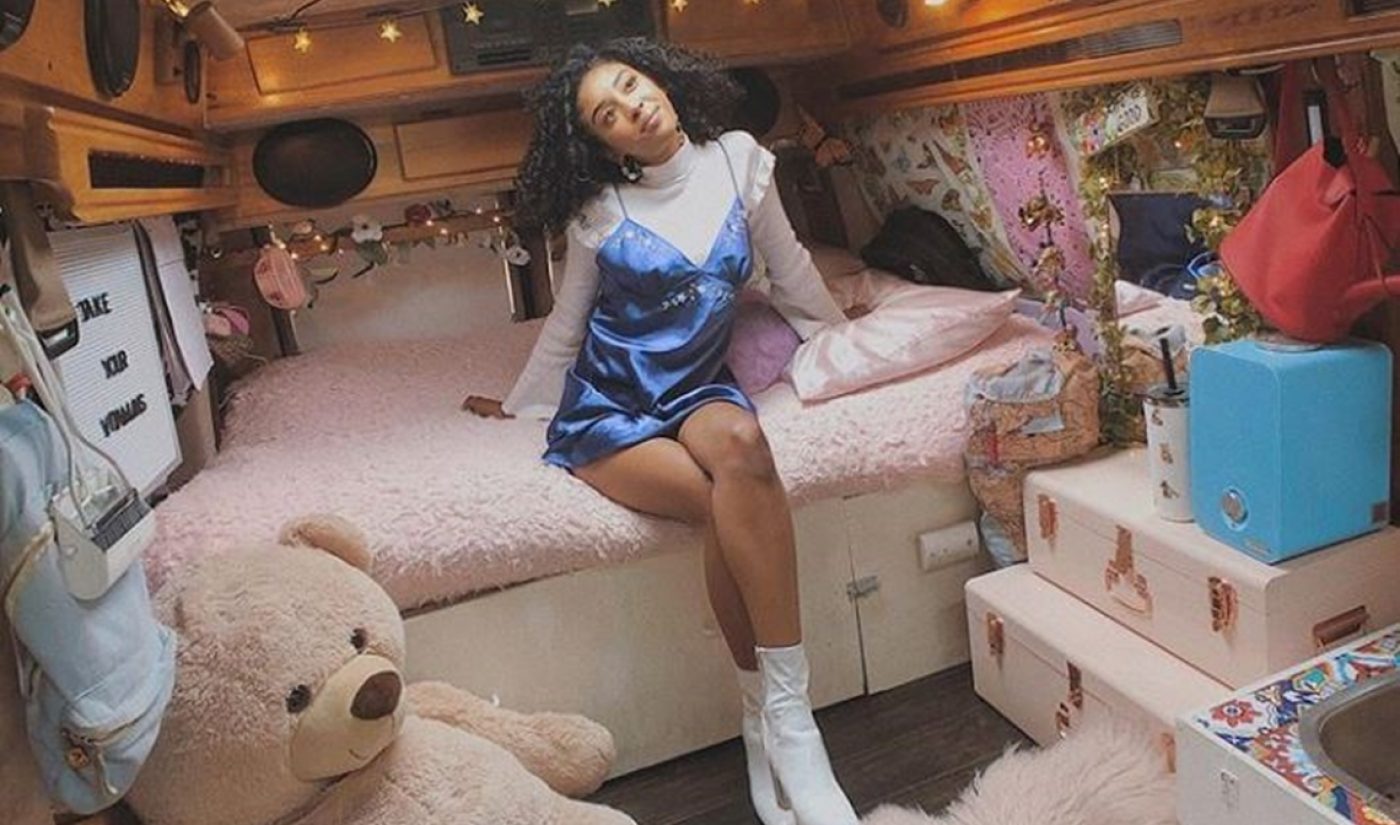 What do you get when you mix solo travel, vandwelling, and pet reptiles? YouTube magic.

A nascent vlogger named Jennelle Eliana has amassed a staggering 1.3 million subscribers on her eponymous channel in roughly three weeks, and after having posted just two videos to date. Eliana is 20 years old and currently living in her 1995 GMC Vandura Explorer — accompanied by her ball python, Alfredo.

Her debut video, posted on June 26, is a nearly-30-minute tour of the self-converted van — complete with a snake terrarium — that has accrued 5.6 million views. Her second video, title How I Shower Living In A Van (at a local gym, it turns out), has nabbed a skyscraping 10 million views since July 11.

While YouTube suggests to Tubefilter that Eliana’s success could be attributed to the popularity of videos about sustainability and van life, her meteoric rise has led some viewers to speculate that anomalies in the platform’s algorithm could have played a role. YouTube declined to comment specifically as to how or why Elliana’s channel and videos have caught on so quickly. (To be fair, she had also garnered a substantial following on Instagram prior to her YouTube foray — to the tune of 189,000 followers — though that figure still pales in comparison to her YouTube following).

“We have found there to be a general rise in interest around sustainable living on YouTube,” a YouTube spokesperson tells Tubefilter. “In fact, videos on sustainable living have doubled this year, with some of the top categories being van life/tiny home, minimalism, and zero waste.” The spokesperson added that “videos related to van life increased over 4.5x last year vs. 2017.”

Making Eliana’s channel all the more irresistible, no doubt, is the fact that her debut video also capitalizes on two more buzzy topics in the title: solo travel and snakes.

Interestingly, neither of Eliana’s two videos appear to be running ads thus far — though YouTube notes that the review process for its Partner Program, which enables monetization, can take up to 1 month. That said, she does say in her first video that she has a job (though she doesn’t provide any specifics). And Eliana is also looking to eke out additional income through a second Instagram account dubbed Jennelle’s Gas Money (37,000 followers), where she’s vending thrifted clothing on peer-to-peer social shopping platform Depop.

Eliana is far from the first YouTube creator to capitalize on van life — a trend in which millennials are increasingly abandoning traditional housing arrangements for the freedom of the road. However, she does appear to be the genre’s most-subscribed — made all the more impressive by the fact that she clocked the achievement in such a short time. Other prominent ‘VanTube’ creators include Kombi Life (following a nomad named Ben, with 475,000 subscribers). Jinti Fell (an Australian family of three with 450,000 subscribers), and Hobo Ahle (whose real name is Ahlexandria, with 300,000 subscribers).

While Eliana has not posted on YouTube since July 11 — and has been absent from her Instagram account for the past week — she said in her last video that more content was forthcoming, including a Q&A, a hair care routine, and a storytime about an incident where a crazed intruder broke into her van.

“I made that [first] video thinking that my immediate friends and family were gonna watch it — because they’re the only people who put up with me,” she said. “But for some reason, you guys do as well. So thank you, and welcome to my life.”