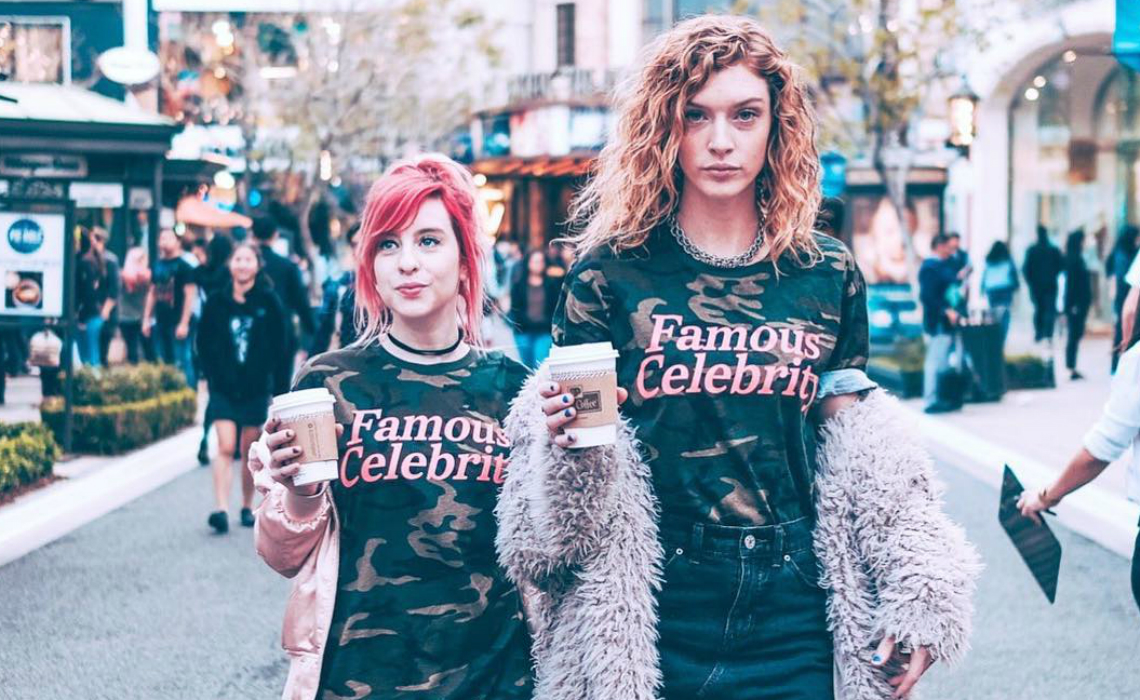 Erin Gilfoy and Carly Incontro found each other on Vine. The now-shuttered (and possibly on the verge of rebirth) shortform video app gave rise to a number of creators who are now producing content for YouTube — including Gilfoy and Incontro.

But the duo — who are members of David Dobrik’s creator collective Vlog Squad — didn’t have to make a hard switch from Vine to YouTube when Vine shuttered in 2017. They started their channel way back in 2015, as a way to complement their bite-size content with longer videos that would let their viewers get more familiar with their whole personalities, not just the six-second snapshots they saw on Vine.

While Gilfoy and Incontro were already established by the time Vine shut down, they did have to switch up their content strategy following its closure. Their flagship YouTube content was the satire-flavored series Vining and Driving, which featured them playing over-the-top, self-obsessed Viners interviewing other Viners. After Vine vanished, they had to find a new type of bread-and-butter content.

In the process of doing just that, they what they originally wanted to do on YouTube: share their personalities and their lives with their viewers. In between reaction videos, content featuring their fellow Vlog Squad members, and mukbangs, they started finding moments in their lives around which they could build a video. Moments like buying a wedding dress, undergoing surgery, and moving out of the Vlog Squad house.

The pair say it’s their commitment to staying authentic and relatable is what’s grown their fanbase to, as of recently, more than one million subscribers.

Erin Gilfoy & Carly Incontro: It feels SO good! We feel so lucky to have finally reached this milestone (because one million people is CRAZY!), and we truly couldn’t have done it without the support of every single person who clicks, shares, and continues to watch our videos.

Tubefilter: Tell us a little about each of you! Where are you from? How did you meet?

EG & CI: We met on the app Vine (RIP) about five years ago and became best friends. We were both looking to move to Los Angeles — Carly from Nebraska and Erin from Massachusetts — so we decided the best and most fun option would be to just move in together. So we did!

Tubefilter: What made you decide to start a YouTube channel together? Did you go into it knowing what kind of videos you wanted to make, or did you discover that along the way?

EG & CI: Vine was a great outlet to be weird and make quick videos, but we wanted to make longer videos together that allowed us to show our personalities more. We made the switch to YouTube in 2015, and started a series called Vining and Driving. We played these super narcissistic girls who would interview other Viners, but we’d just make the episodes all about us. It was very fun, but then Vine died and so did that series. Then we started vlogging in 2016, and the rest is history!

EG & CI: We definitely don’t think we are doing anything groundbreaking, but we’re being as authentic as we can and staying true to ourselves. There are no characters or theatrics or exaggerated truths, and we think lot of people can appreciate that because it’s relatable.

Tubefilter: What can viewers always expect when they tune into a Carly and Erin video?

EG & CI: It’s always different! One video could be us reading gossip about our friend group, and the next could be us fighting for 15 minutes over not changing cat litter. We film our lives, so it’s honestly just whatever is happening that day, and we’re lucky enough that people find that interesting.

Tubefilter: How do you two split responsibilities across the channel? Who edits? Who uploads? How do you decide on new video ideas to film?

EG & CI: Carly enjoys editing, so unless she doesn’t feel like it or is on vacation or something, she handles that responsibility. Erin handles the business side of things. It’s always hard trying to figure out new video ideas, but somehow we do it. Sometimes we even get some help for video ideas from our viewers, which is greatly appreciated! We definitely share a fair balance of responsibilities, and we’re very lucky to have each other!

EG & CI: It really just depends on the day. We can film and edit a vlog in one day if we want — we’ve done that MANY times. But typically, we try to film over the course of two days, then edit and upload.

Tubefilter: What was your favorite video to film?

EG & CI: Our favorite video to film was probably when we remade parts from our friends’ vlogs. We posted it like three years ago, and it was just very silly and fun to make.

EG & CI: This year, definitely! We used to live farther away from all of our friends, so most of our earlier videos never really had anyone else in them. Now that we’re living closer and creating more content within our friend group, people really like that. The viewers love us all together, and it’s really cool because we just get to hang out with the people we love every day! We’re also collaborating a lot more now with people outside of our friend group, which we think definitely helps with exposure.

Tubefilter: What else do each of you get up to in your daily life? Are you in school? Is YouTube your full-time job?

EG & CI: We both graduated college and had jobs before we started YouTube. Eventually, we were able to get a steady enough paycheck through YouTube to have it be our full-time job, and it has been for a few years now.

EG & CI: Being able to help someone out, even if it’s just for a minute. We get a lot of comments from people suffering with anxiety or depression, and when they let us know our video allowed them to escape their thoughts, or calmed them down, that feels really good. We both struggle with anxiety, so being able to help people struggling with the same thing is really awesome.

EG & CI: To keep enjoying what we do and making people happy. We’re very lucky to be able to do this, and we never take it for granted. We hope to keep being able to share our lives with people, and there’s really no telling where it’ll take us.

You can add yourself to the ranks of the Gilfoy and Incontro’s more-than-a-million YouTube subscribers at their channel YouTube.com/CarlyAndErin.